Rashida Jones has more than a few strings to her bow. Between roles in a slew of cult TV hits like The Office, Parks and Recreation and Angie Tribeca, writing skills that span everything from poignant indie film Celeste & Jesse Forever to Toy Story 4 and Black Mirror, her Grammy-winning documentary Quincy, and a singing career to boot, Jones is a true multi-hyphenate. Lately, she’s been back in the comedy series realm as the larger-than-life Joya in Kenya Barris’ show #BlackAF. And now there’s her lead role in Sofia Coppola’s feature On the Rocks. Jones plays Laura, a Manhattan novelist and mother of two, who finds herself second-guessing her husband (Marlon Wayans)’s commitment. Joining forces with her errant bon vivant father (Bill Murray), hijinks ensue. Jones cites this as the role closest to her real self, as she muses over some career highlights and favorite memories. 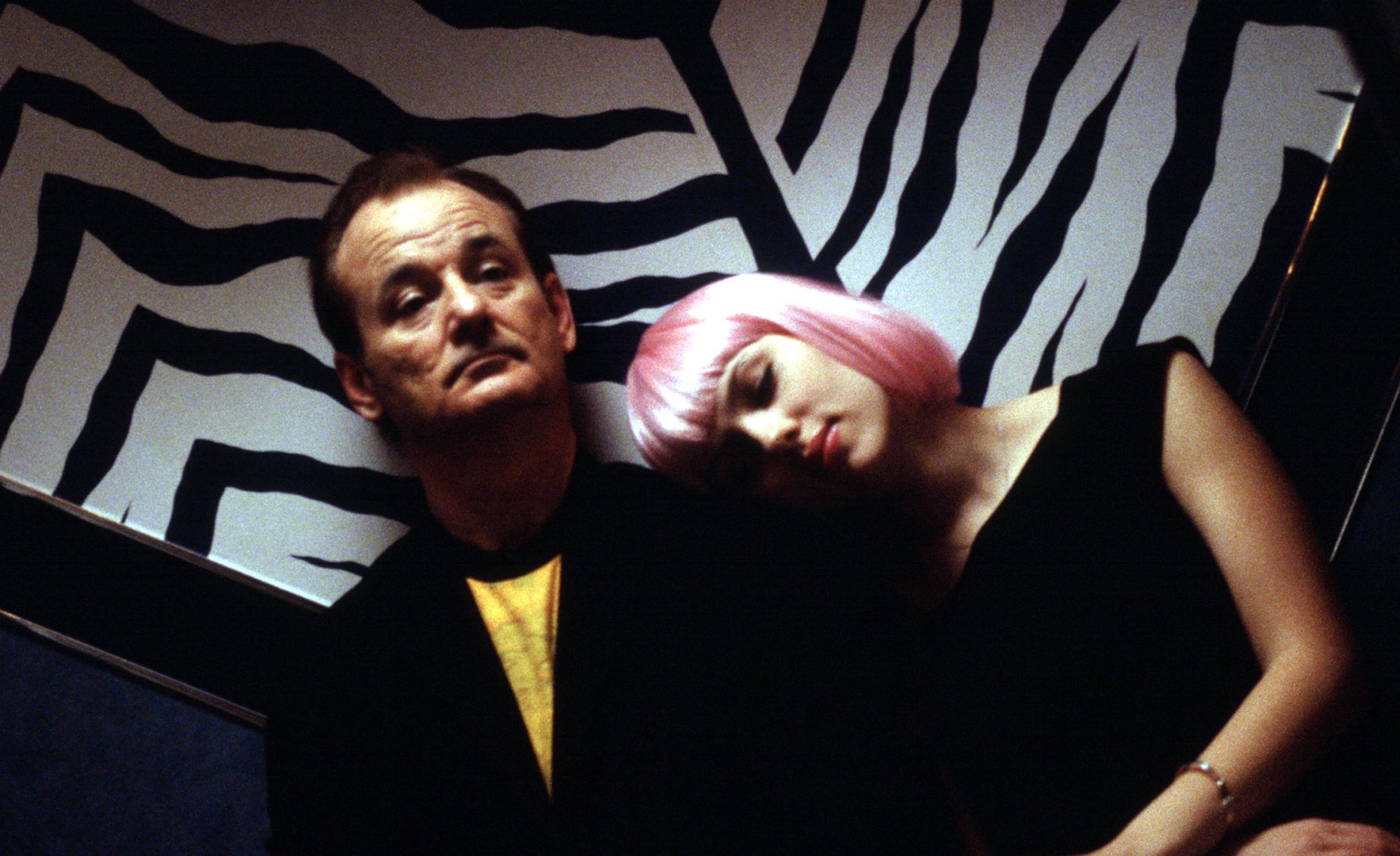 I think I learned over the course of time that gaining skill and experience should be the focal point and not gaining the notoriety that goes along with gaining that skill and experience. When I was maybe 26 or 27, I was in an acting class and I workshopped Lost in Translation with Sofia [Coppola]. It was one of those opportunities where there’s nothing at the end of the rainbow because I wasn’t going to get the job—it just wasn’t going to happen that way. But the process part of it was mine to enjoy and explore, and also just to be available to her as a director. I think having that cushion where you could experiment and work together with people in a way where the end result was not determining your experience really set me up to realize that process is everything.

The Best Advice I Ever Received

I would say the one that’s guided me in the last couple of years is from Mike Nichols, who’s a dear family friend and a dear mentor to me. When I had the choice for [working in the industry] to even be a possibility, his whole motto was “no a–holes”. So I don’t work with a–holes. In acting, you take the jobs you get and you hope that everybody has the same idea about how work happens or whatever, but there are definitely some difficult people. Once I was writing and directing and producing and had more choice as actress, no a–holes was my policy.

The Part I Always Wanted 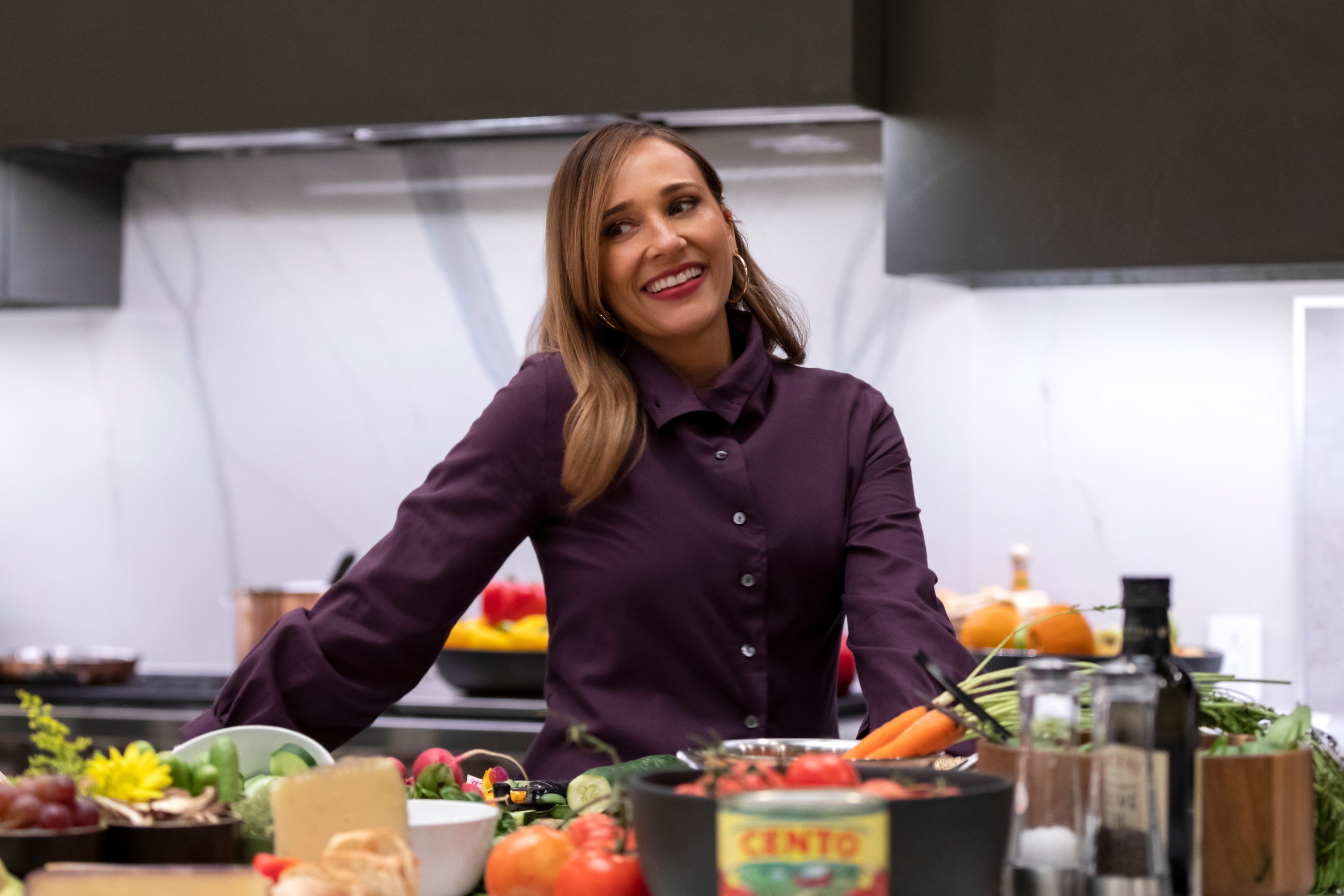 I think as I get older, my parts are getting juicier, and weirdly, my two favorite parts I’ve done were this year, On the Rocks and #BlackAF, because On the Rocks feels emotionally very tied to where I am at this moment, and in #BlackAF, I was morally questionable and gave no f–ks. It was very fun to just be free with that kind of character. I do still think that there’s probably more of me that I don’t even know yet, but I would say I feel like I’m on par for the roles that I have wanted. Now, finally, this year.

Probably Celeste & Jesse Forever. It’s a full existential breakdown of who she believed she was and what was working for her. I had to go there, and I haven’t had that many opportunities to go there. I had to be actor-y, wear headphones and not talk to people, and I’ve never done that before. That pain definitely came from a true place. I think it was this idea that you don’t even consider what the thing is that’s going to hurt you the most. Especially in your early 30s, you think you know everything and you’ve got it figured out and you’re good to go. Then s–t happens and life happens, and then you’re f–ked.

The Films That Make Me Cry 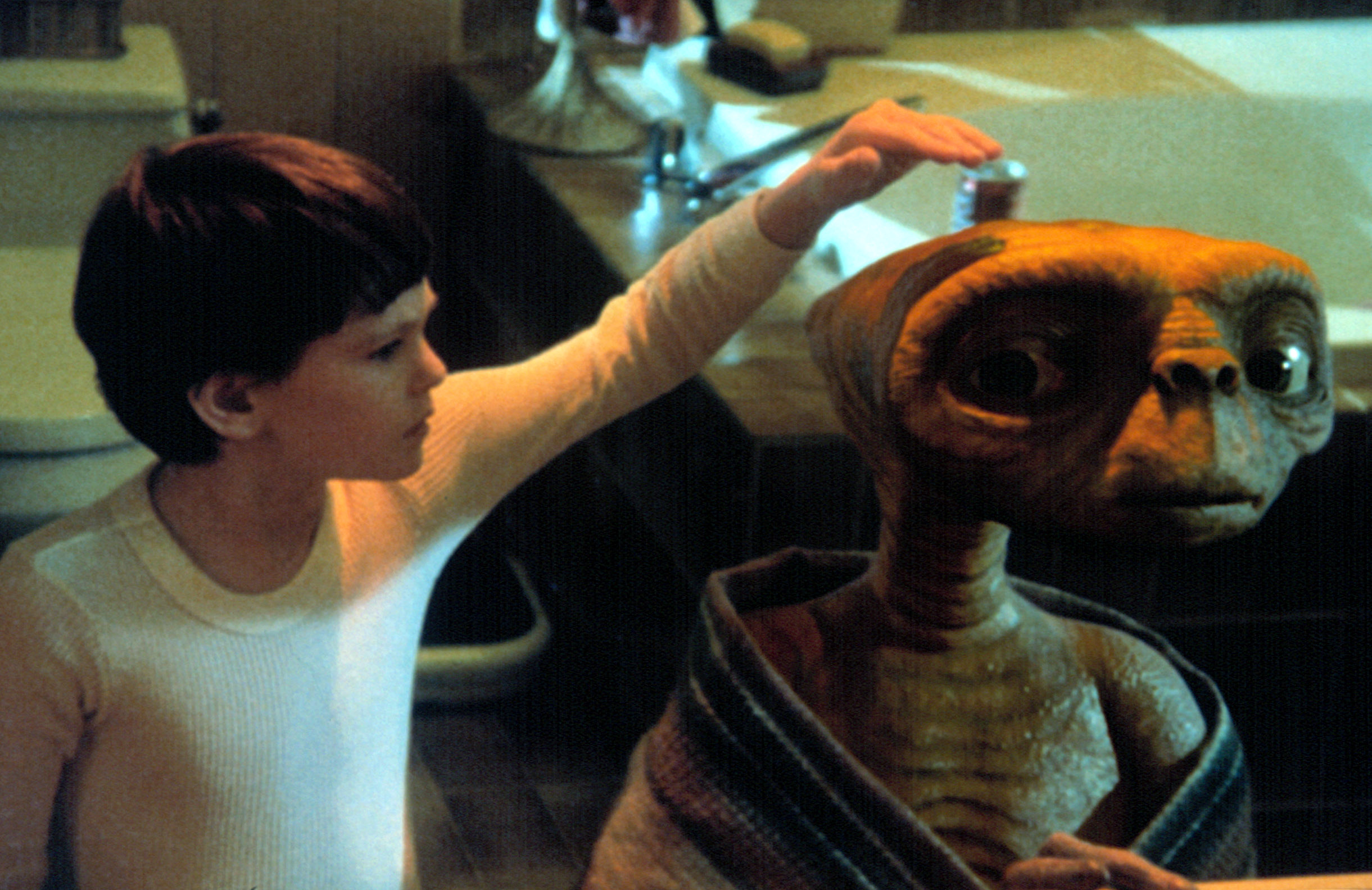 The first film that made me cry was E.T. the Extra-Terrestrial. It’s so stuck in my memory because I was with my parents and I really didn’t want them to know I was crying; I wanted to hold that in. I remember that very well. Then I was thinking about Will McCormack, who I wrote Celeste & Jesse with, he recently made an animated film on Netflix that has no words in it called, If Anything Happens I Love You. If you haven’t seen it and you feel like it’s time for a cry, just be ready. There’s literally a TikToK challenge where people watch it and they’re sobbing. It’s so heart-wrenching, but also delicate. It’s about school shootings, and it’s about grief and love and acceptance. It’s 12 minutes long and it’s a real sobber.

My Most Tortured Co-Star

I do feel like on Parks and Recreation, Jerry/Gary is always the butt of the jokes. Unfortunately, we did torture Jim O’Heir. He’s just so good spirited that he let us do it. So still, in our texts, he’s the butt of the joke. Still when we post things, still when we talk about [the show], he is the butt of the joke and always will be. We did our 10-year reunion at the Paley Center and we took a selfie right before we went on, and I was about to post it and I was like, “F–king Jerry! He wasn’t even in it!” I don’t know where he was, he just wasn’t in it.

The Most Fun I’ve Had On Set 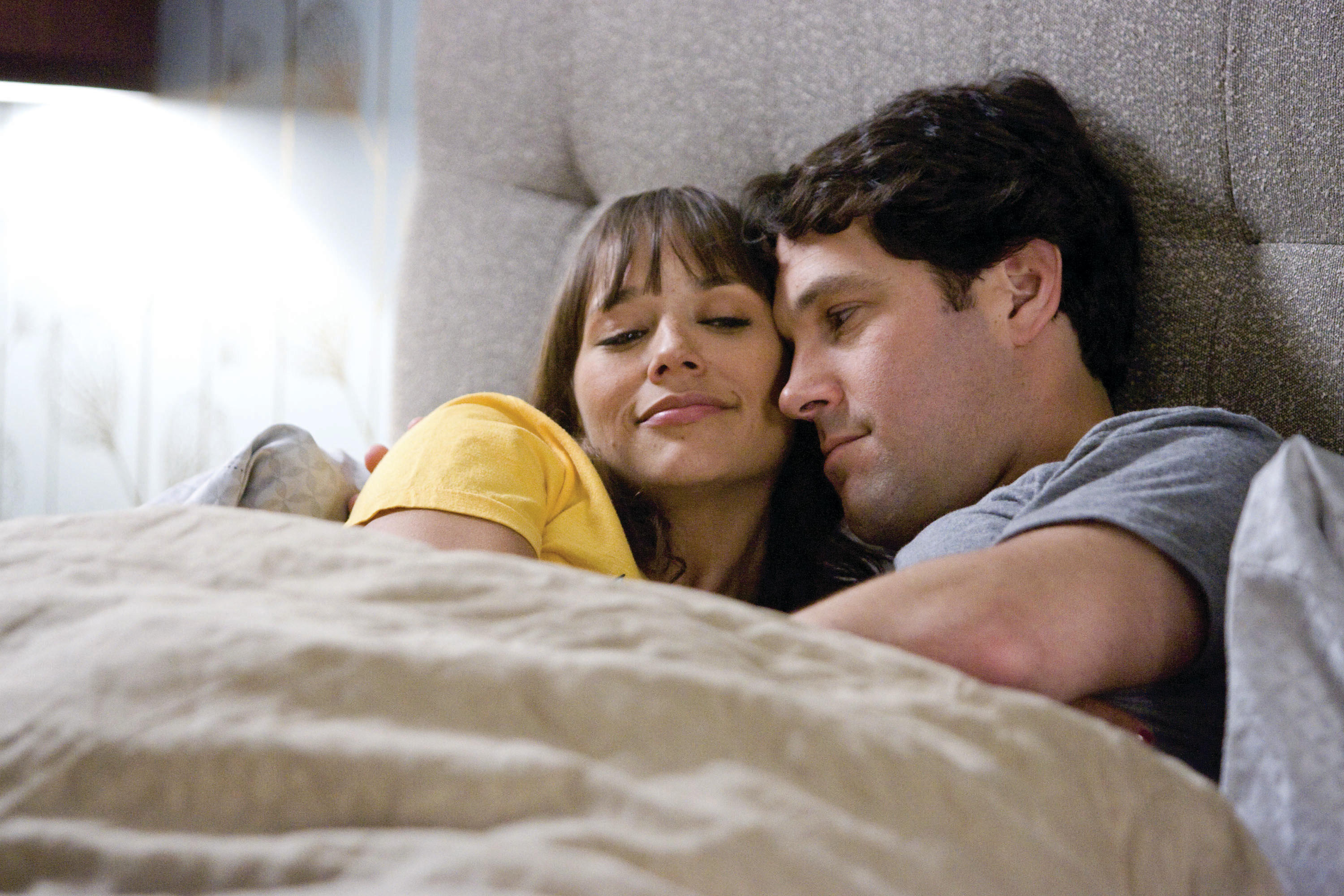 I think I Love You, Man was just the best experience. I would go to set when I wasn’t working, which is unheard of, just to say hi and hang out, and sit behind the monitor to watch Jason Segel and Paul Rudd be funny. It was a very, very, very delightful experience. We got to do a lot of improv, and we were still using film at the time. Remember film and cameras? We got some kind of award because we shot 900,000 feet of film. We just kept talking and making jokes, making each other laugh. That scene when Paul is doing ‘slappa da bass’, we both had to ADR that whole scene because the crew was laughing so hard.

I’m going to guess probably Laura in On the Rocks because I’m middle-aged and I have a pretty good career. I don’t mistrust my partner like that, and I’m not that insecure, but I do have a really lovely relationship with my dad, who’s a larger-than-life figure. And I’m in the middle of asking myself these huge questions about what I want my life to be defined by, and how I fit into my life emotionally, besides just being relative to the people that I love. That’s probably too heavy.

My Most Quoted Role 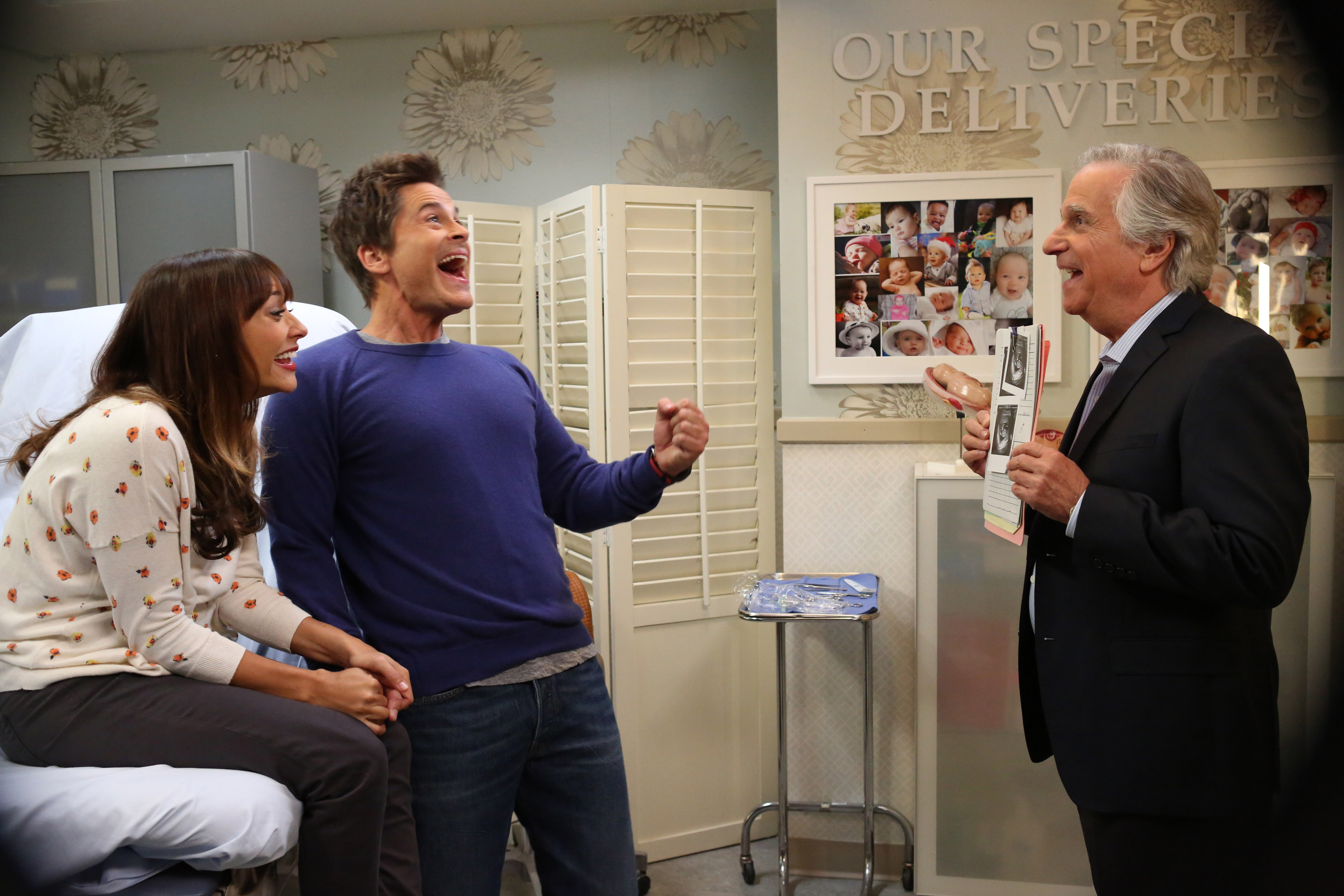 They don’t quote me, they quote Rob Lowe saying “Ann Perkins”. They just come up and point and say “Ann Perkins” and think they’re the first person who’s ever done it. People yell at me still about The Office, about coming in between Pam and Jim. Somebody got legitimately angry at me in the early days when the show was still on, yelling at me, “You f–king suck, Karen!” It’s good. I really had an impact.

I definitely have spent many years in The Bachelor Nation. And I love any kind of home design makeover shows. Oh, and recently I’ve been doing this app called Redecor, which is where you redecorate a room and then you compete and people vote. It’s so great. You get virtual fabrics that you can use in your next room. [You win] pretend wood paneling, a new area rug. So sad. I’m really desperate.

I think people like songs that are just not in their register. And you have to be very clear about that. But my last, greatest karaoke victory was when I was in Japan and I did Notorious B.I.G. I sang the chorus and I did the rap for “I love it when you call me big poppa.” And it was great. And then my tried and true Bonnie Raitt, “I Can’t Make You Love Me” is a good one. Sad. They’re sad, but so good. And Journey. I mean, obviously. And Foreigner, “I Want to Know What Love Is.” That’s a good one.