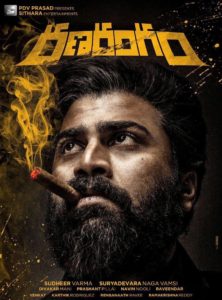 Sharwanand’s latest film “Ranarangam” is al set to hit the screens on this Independence day.

This movie Director Sudheer Varma told that “Ranarangam” is completely a different genre in which all commercial elements are added.
He says that he was inspired from Hollywood’s Blockbuster “The God Father” to make this movie.

Meanwhile,The Team started promoting the films by giving interviews and releasing the different type of video-cuts. The Sound-cut video got a good response from the viewers and the trailer too.

Kajal agarwal,Kalyani Priyadarshini are playing the female lead roles and Murali sharma is playing the key role in the film.This film ia produced by Sithara Entertainments.