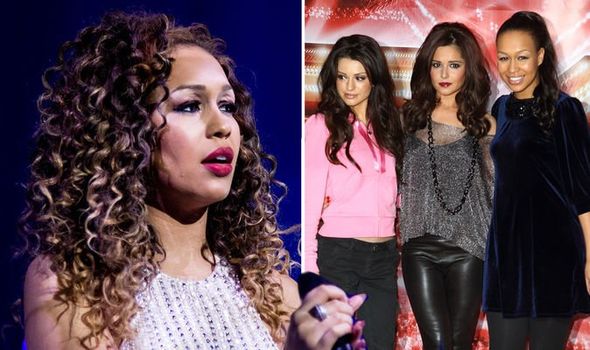 Former X Factor star Rebecca Ferguson, 34, has hit out about the way she had been treated in the music industry after an unearthed video surfaced online tonight. The singer said she was not staying silent anymore as she shared details about treatment she had received, which included being bullied and blackmailed.

The singer began by sharing a video of herself and fellow X Factor stars Cher Lloyd and Katie Waissel being interviewed by Jeff Brazier.

The group were seen having a giggle as they tried to impersonate the X Factor voiceover.

She captioned the video: “OMG! how sweet and innocent was I, how could anybody be cruel I am looking back and baffled at how I have been treated in this industry. How could you do that to a kid?”

Rebecca said watching back certain videos had reminded her how some people treated her at a young age. 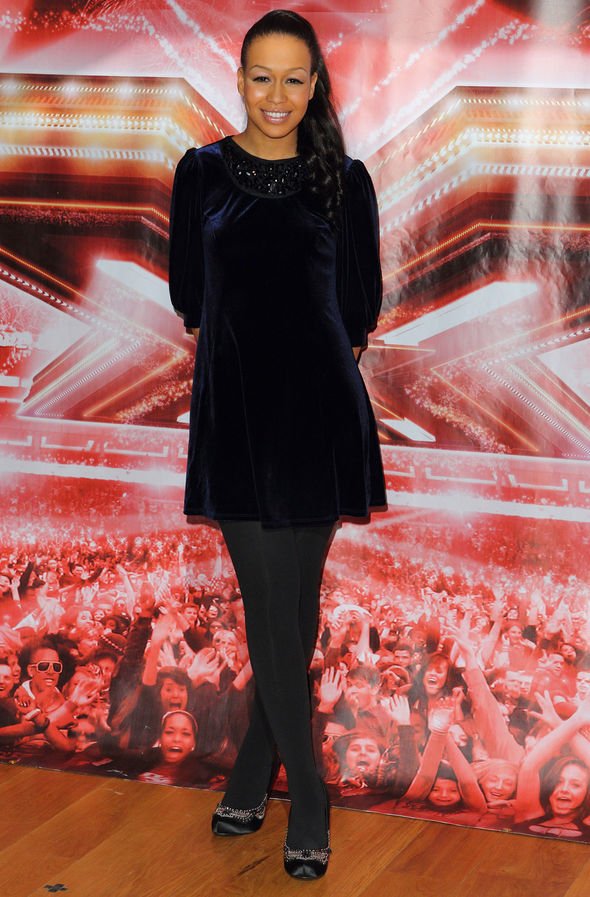 The former X Factor star didn’t disclose any names, but told fans she had been bullied and blackmailed.

In her first tweet, she wrote: “I am not even being silent anymore.

“You forced me to sign contracts, blackmailed me, bullied me, robbed me, I am not even being scared anymore I have looked back and I am disgusted in how you all treated an innocent young woman! Who just wanted to sing! Shame on you!”

She went on to say: “Up until 3 years ago, my music was blocked In the U.S because I offended a music boss!!

“What type of man would bully a young innocent girl? I had to request for the ban to be lifted!” 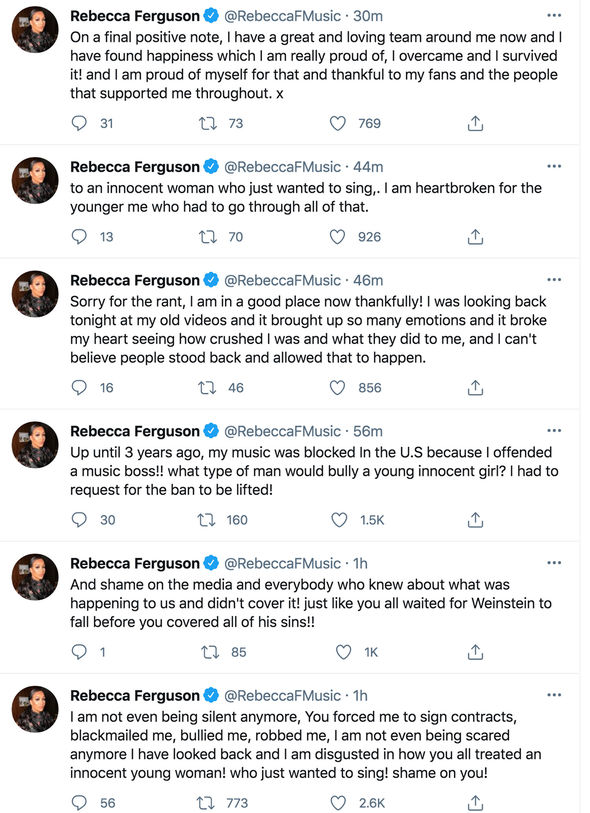 Rebecca went on to apologise for her rant, but told fans seeing old videos had “brought up so many emotions and it broke my heart seeing how crushed I was”.

“And what they did to me, and I can’t believe people stood back and allowed that to happen.”

The singer went on to reassure her fans she was in a good place now.

But, added: “To an innocent woman who just wanted to sing, I am heartbroken for the younger me who had to go through all of that.”

Express.co.uk has contacted a representative for Rebecca for comment.