Well, well, well. Another year, another Scott Disick birthday. If you’ve been following Keeping Up With The Kardashians for as long as I have, you might feel like Disick should be rounding, I don’t know, 101. That’s because the father of three and ex-boyfriend to Kourtney Kardashian seems to have lived a million different lives in the time he’s been in the public eye. Today, he is a chill, amicable version of himself, and ringing in his 36th birthday with his surprisingly long-term girlfriend, Sofia Richie. Sofia Richie’s birthday message to Scott Disick on Instagram is really sweet in a nauseating way and just another example of much this man has evolved over time.

Richie and Disick began dating sometime in 2017 and were officially Instagram official by the end of the summer. At the time, fans were understandably a little bit like, "Sure, OK," about it. To be fair, at that point, the public was used to Disick and Kardashian’s volatile relationship, and it was hard to imagine he had truly moved on after dating the oldest sister for nearly a decade. Plus, there’s that whole 15-year age gap thing between him and Richie. (She is currently 20 years old.) However, here we are nearly two years later, and Richie and Disick seem as in love as ever. Let’s take Richie’s birthday Instagram messages to Disick as an example.

While everyone in the Kardashian/Jenner crew took turns wishing Disick a happy birthday, Richie’s post had a slightly different personal touch. What I mean is… she called him "Muffin."

Scott Disick? Muffin? Not that Richie needed to run it by me first or anything, but I feel like there has to be a more accurate nickname out there for this guy.

Anyway, Richie first posted a picture of herself and her boo lounging on luxury outdoor furniture (classic them) with the caption, "Happy birthday to my best friend." 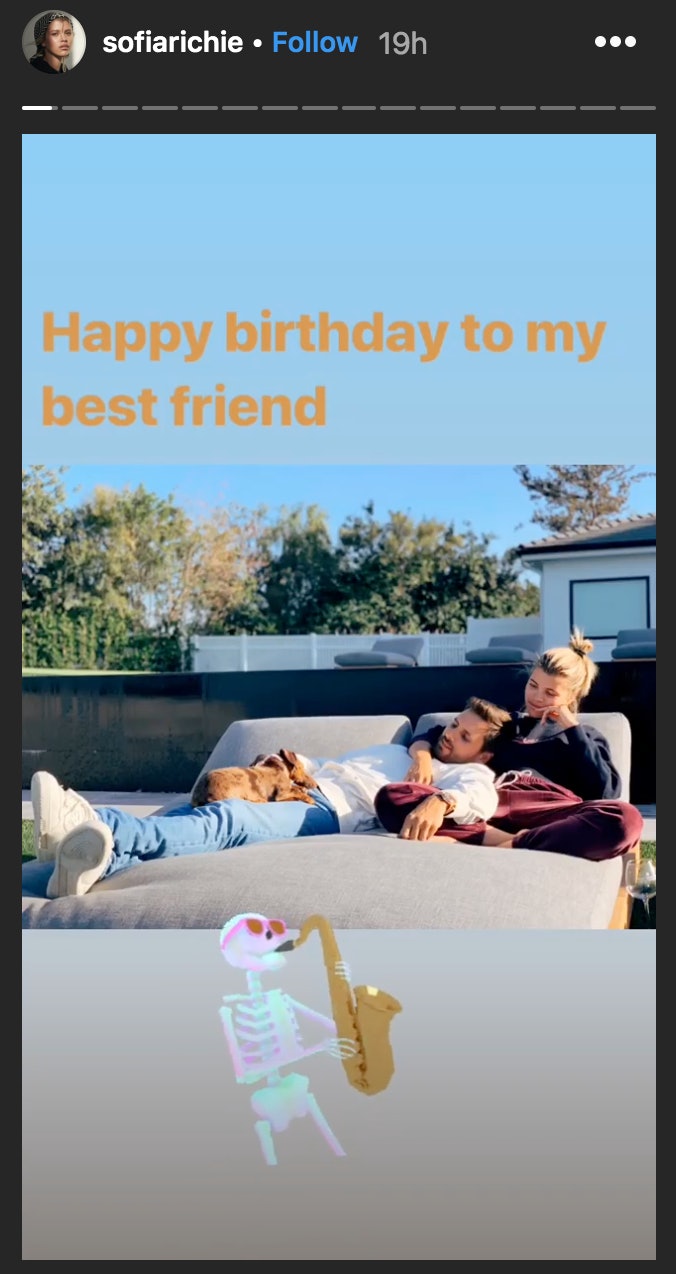 She followed that up with some photo booth snapshots from Disick’s party, where she whipped out the surprising pet name. Her striking black-and-white photo kind of clashed with the gooey caption, "Happy birthday muffin! Best night." 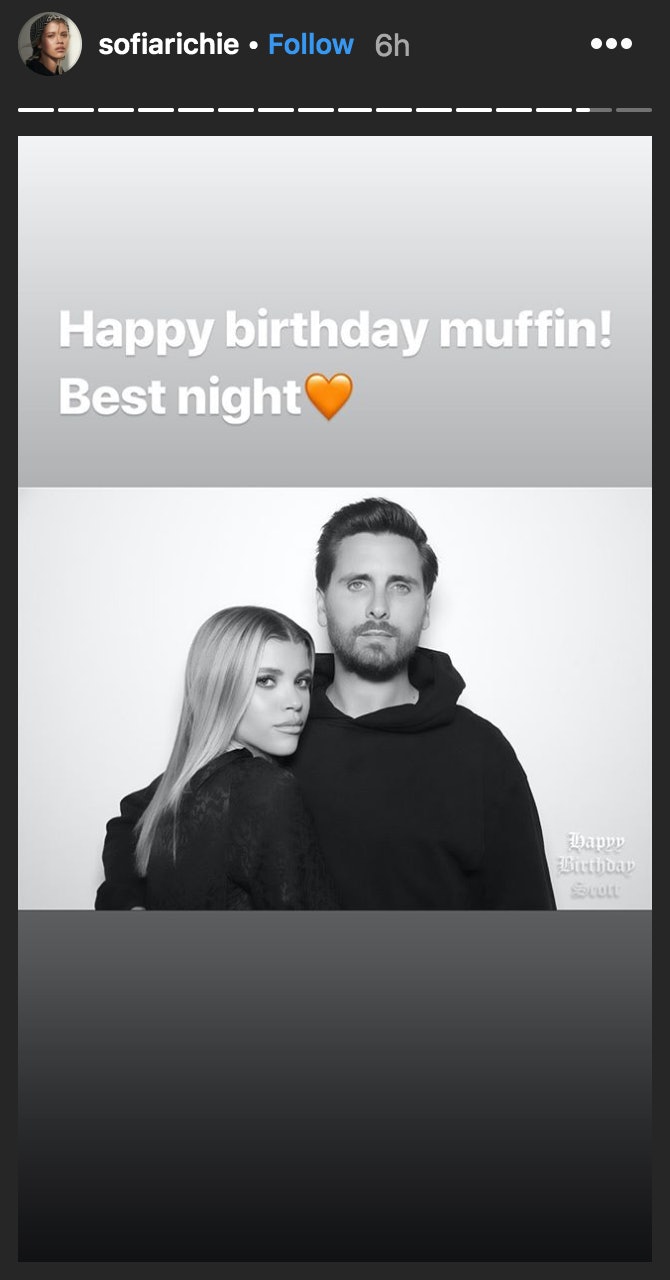 Richie also shared a carousel of group and family photos in her actual feed, including one picture with Kourtney and Kylie, proving everything really is amicable between Disick’s ex and current girlfriend. Richie captioned the series, "Best night celebrating you @letthelordbewithyou ? an amazing soul. we all love you very much."

Best night celebrating you @letthelordbewithyou ? an amazing soul. we all love you very much

Kind of awesome and kind of fascinating, right?

Khloé Kardashian and Kris Jenner also went out of their way to draft touching messages to "the lord" on social media. Khloé wrote she is so thankful to have Disick as an addition to her family, adding, "I am proud to say that you are my brother and also one of my best friends!" Kris Jenner said, "You are the most incredible father to Mason, Penelope and Reign, and I thank God every day that you are a part of our family."

Happy birthday Scott!! @letthelordbewithyou you are the most incredible father to Mason, Penelope and Reign, and I thank God every day that you are a part of our family. I love you so much! #HappyBirthdayScott

Frankly, I honestly and strangely can’t imagine life without Scott Disick in it, either.