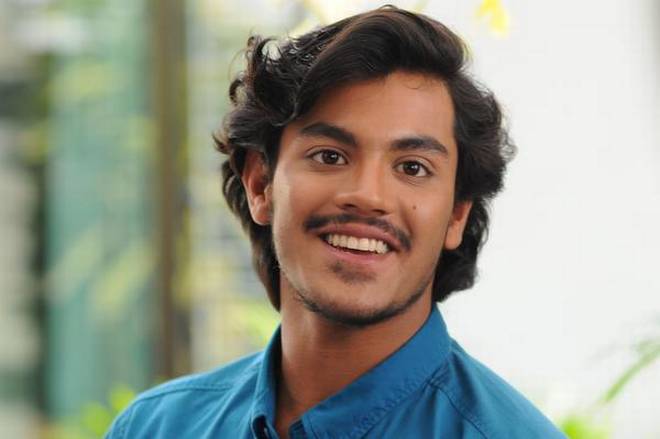 According to the latest buzz in the film industry, Srihari and Disco Santhi’s son Meghamsh Srihari is all set to make his acting debut. Meghamsh Srihari has been roped in an upcoming youthful romantic entertainer which has been titled as Rajdhooot, to play the lead role. The film is being directed by debutant director duo, Karthik and Arjun. The further updates regarding Meghamsh Srihari starrer Rajdhoot will be revealed soon.

Meghamsh Srihari made his acting debut as a child artist in the Srihari-starrer Bhairava. Recently, he gave a screen test and the director duo, who were impressed with his looks have cast him as the lead actor in their maiden directorial venture Rajdhoot.

To be bankrolled by MLV Satyanarayana of Lakshya Productions, Meghamsh Srihari starrer Rajdhoot will have a newcomer as the female lead.

Disco Shanthi is an actress who was particularly famous in Southern India for her appearances in item songs. The hot diva ruled the niche for quite a long time, since lead actresses weren’t keen to accept glamorous roles/appearances back then. Disco Shanthi rose to fame in the 1980s and 1990s. After the sudden demises of her husband Srihari during a film’s shoot in 2013, Disco Santhi raised their two sons, Meghamsh Srihari and Shashank Srihari. Disco Shanthi has appeared in various languages including Telugu, Tamil, Kannada, Malayalam, Hindi and Oriya language movies, in a total of more than 100 movies.