Stacey Solomon jokes about her first kiss with Joe Swash

Stacey Solomon, 32, has unveiled the tear-jerking reason behind her “bucket list moment” with husband Joe Swash, 40, as they opt to spend their honeymoon at home in the UK. The recently-married couple headed to a Simply Red concert on Sunday night, with the Loose Women star explaining why the gig was so important to them.

Stacey and Joe sang along with Mick Hucknall and his band on Sunday night, as the newlyweds settled in for the show.

The former X Factor finalist went on to share the poignant reason for why the concert belonged on Joe’s “bucket list”.

Taking to her Instagram Stories on Tuesday night, the mum-of-four informed her 5.3 million followers of their special date night.

During their honeymoon close to home, Stacey explained how she and her husband were enjoying ticking things off their bucket list, rather than going abroad. 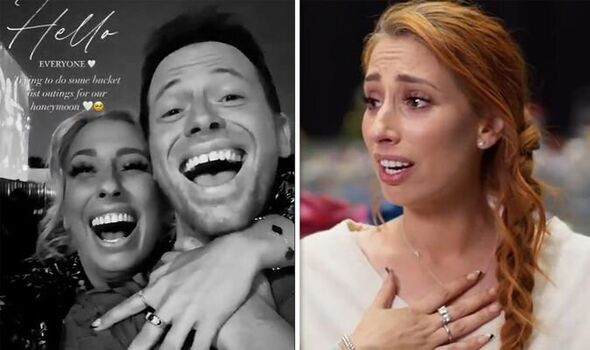 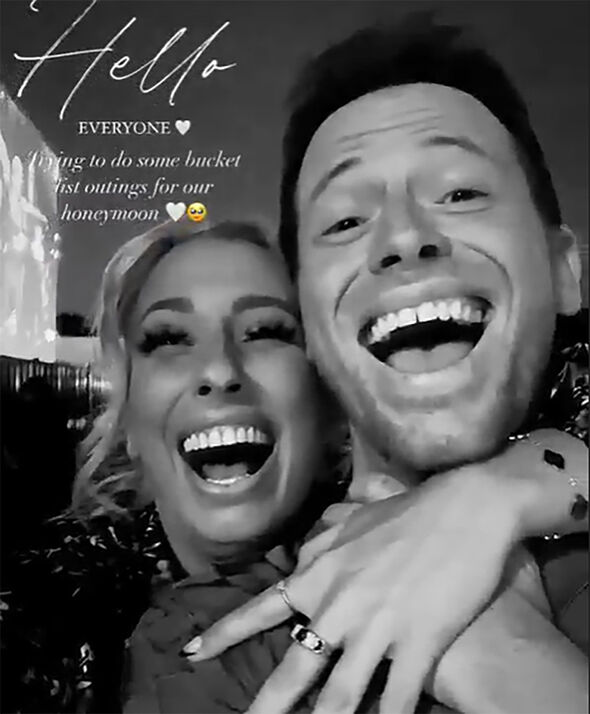 This included bopping to Simply Red’s hit songs outside Hatfield Park in Hertfordshire on Sunday night.

Stacey shared a clip of herself and Joe singing along to the band’s performance of their 1991 smash-hit, Stars.

She then revealed to her followers just how much the iconic British band meant to EastEnders star Joe.

“When Joe was younger his mum and dad used to take him in the caravan and sing Simply Red all the way there,” Stacey shared. 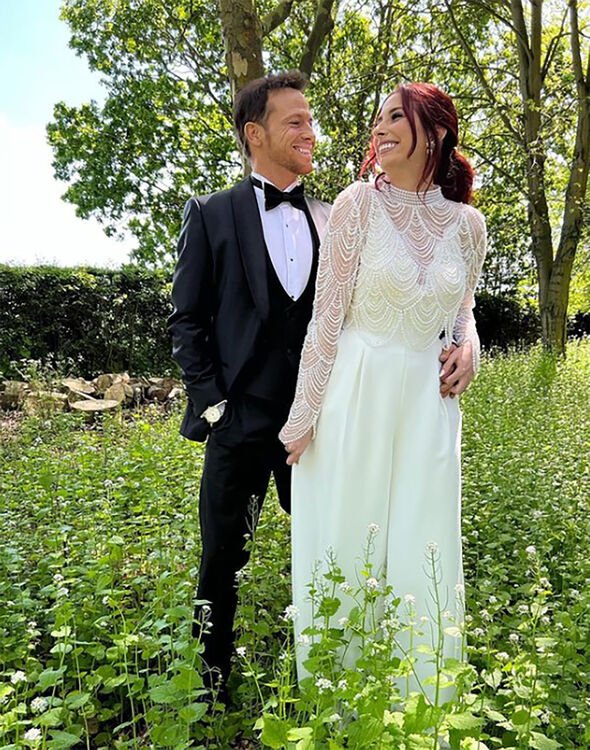 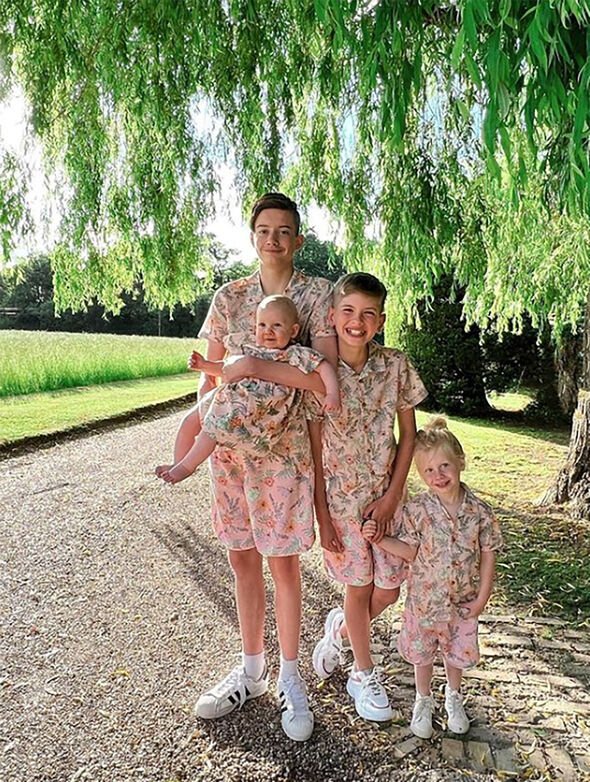 “This is one of his favourite memories of being little with his dad.

“So it was the most special night,” she continued in her heartfelt message to her new husband.

The star had been the one to call 999 when dad Ricky was found unconscious in their family home.

In an ITV documentary, Joe opened up about the “traumatic” event.

“It was so traumatic because he seemed really healthy,” he explained.

“He was slim and ran three times a week. He’d done a half marathon.

“Looking back there was a little warning sign when he blacked out as he was bending down to put his socks on but nothing to suggest he was going to have a heart attack.”

Joe added: “It was a ticking time bomb and he could have died at any time.

“I take some comfort that I had 11 years with him which were brilliant. He turned me into the man I am now. I feel he is still here with us.”