Though Steve Carell wasn’t a series regular for all nine seasons of The Office, his name is still synonymous with the show. The actor contributed a great deal to the hit comedy and viewers were certainly sad to see him go at the end of Season 7. Even though his character, Michael Scott, left the show with a happy ending, it was still a great loss when he ultimately left the hit NBC series. 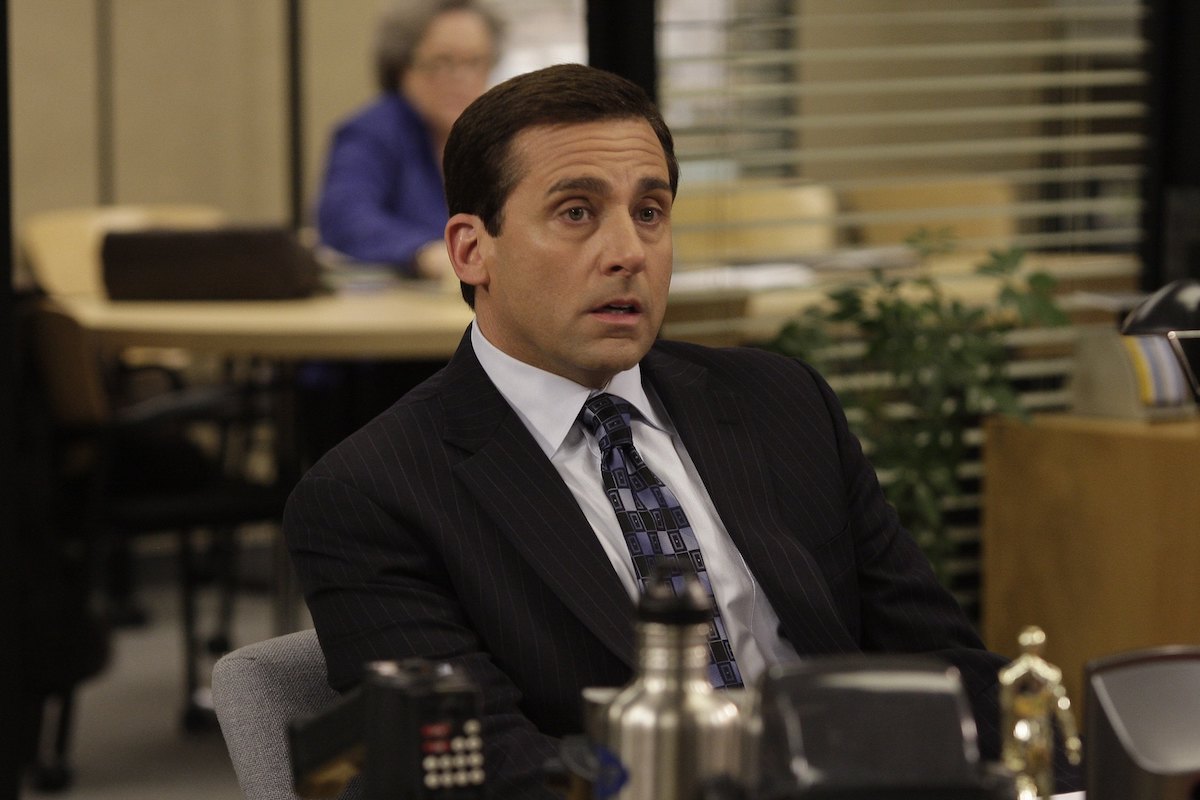 Steve Carell improvised some great moments on ‘The Office’

Having trained at The Second City, Carell is a master of improvisation. Though The Office is a scripted show, the actor was often able to enhance the comedy with his improvisational chops. On the set of The Office, actors were given often given one take to improvise, as long as they stayed within the boundaries of the overall story. This was something that Carell frequently took advantage of.

One of Carell’s most memorable improvised moments came in the premiere of Season 3. In an episode called “Gay Witch Hunt”, Michael seeks to “prove” that he is supportive of his gay employee, Oscar. In a bid to showcase his tolerance, he kisses Oscar on the mouth in front of the entire office. The moment is as awkward as it is hilarious and it was completely improvised. Carell was only supposed to hug his castmate Oscar Nunez (who portrayed Oscar) but surprised him with a kiss at the last moment.

Of course, great improvisation isn’t the only thing that accounted for Carell’s comedic genius on The Office. The 40 Year Old Virgin star also excelled at physical comedy as well. One only needs to think about Michael hopping around the office on crutches or shaking off a charley horse to remember Carell’s knack for physical comedy.

But physical comedy didn’t come without a cost for Carell. In fact, his commitment to some of his more physical scenes actually left him injured at times. The Office fans may recall that in “Two Weeks” Michael spent a good chunk of the episode army crawling. As Michael plots against Charles Miner, he crawls around on his elbows and knees to try to avoid detection.

The army crawling was hilarious, but it didn’t come without a cost. In an interview with Office Tally, Aaron Shure (who wrote the aforementioned episode) revealed that Carell completely shredded his elbows and knees while filming. Furthermore, the writer added that Carell did even more army crawling than was actually shown in the episode.

“He really tore them up!” The Office writer shared about Carell. “He was offered knee and elbow pads, but he turned them down for at least the first two takes. I can’t believe how hard he was working as he crawled around that room. I wish we could have run it real-time to fully convey the energy he was expending (without any break in the action.) The man is a comedy ninja.”

It’s pretty impressive that Carell was so committed to nailing the comedy of the show. Of course, he wasn’t the only cast member of The Office who experienced pain for the sake of the show. Kate Flannery, who played Meredith Palmer, got hit in the face repeatedly for the sake of a comedic moment. Clearly, the cast was willing to do whatever it took to make the show as hilarious as possible.