After months of speculation from the public, the Manhattan district attorney’s office is now expected to file charges against Donald Trump’s Trump Organization and chief financial officer Allen Weisselberg on July 1, the Wall Street Journal reported. Initially, after allegations that Trump attempted interference in Georgia’s 2020 presidential election results surfaced, many thought the former president might face some criminal charges too. It turned out Trump had a much greater fire to deal with – his company’s financial affairs have been under investigation since 2019, with New York Attorney General Letitia James joining the probe in May, per CNN. James’ representative told the outlet they have informed Trump Organization officials their investigation was “no longer purely civil in nature”  and now a “criminal” matter. Trump himself tweeted of the investigation when it began in 2019, per AP News, that it was a “witch hunt,” and labeled New York State and Governor Andrew Cuomo as “PRESIDENTIAL HARASSERS.”

In late May, USA Today reported that the investigation of Trump Organization’s potential tax and bank-related fraud had intensified. As Meghan McCain said on “The View” then, though, “don’t hold your breath” if you expect Trump himself to not only be charged, but convicted and imprisoned.

So, what is Trump Organization’s CFO expected to be charged for? Keep reading for what we know so far. 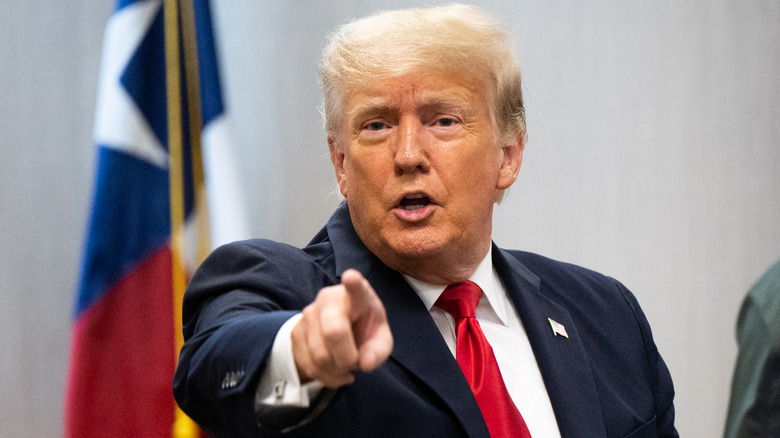 As Forbes reported on June 30, Donald Trump’s Trump Organization and its chief financial officer Allen Weisselberg are both expected to be charged in court by the Manhattan district attorney on July 1 for allegedly evading taxes on fringe benefits like, but not limited to, “the use of apartments, cars, and school tuition.” This was just the tip of the iceberg, according to the outlet, as more charges are expected to be brought to numerous other company executives.

Answering the question everyone wants to know, Trump himself will not be charged, according to his attorney Ronald Fischetti. In an exclusive statement to the Wall Street Journal, Fischetti, however, slammed the district attorney’s criminal investigation of the Trump organization. “In my more than 50 years of practice, never before have I seen the district attorney’s office target a company over employee compensation or fringe benefits,”  Fischetti said. “Even the financial institutions responsible for causing the 2008 financial crisis, the worst financial crisis since the Great Depression, were not prosecuted.”

This delivers a sound loss for sure to the Trump organization, which tried to stave off the indictments by arguing with prosecutors virtually during the preceding days “that it is highly unusual to charge companies for neglecting to pay taxes on fringe benefits” (via Forbes).