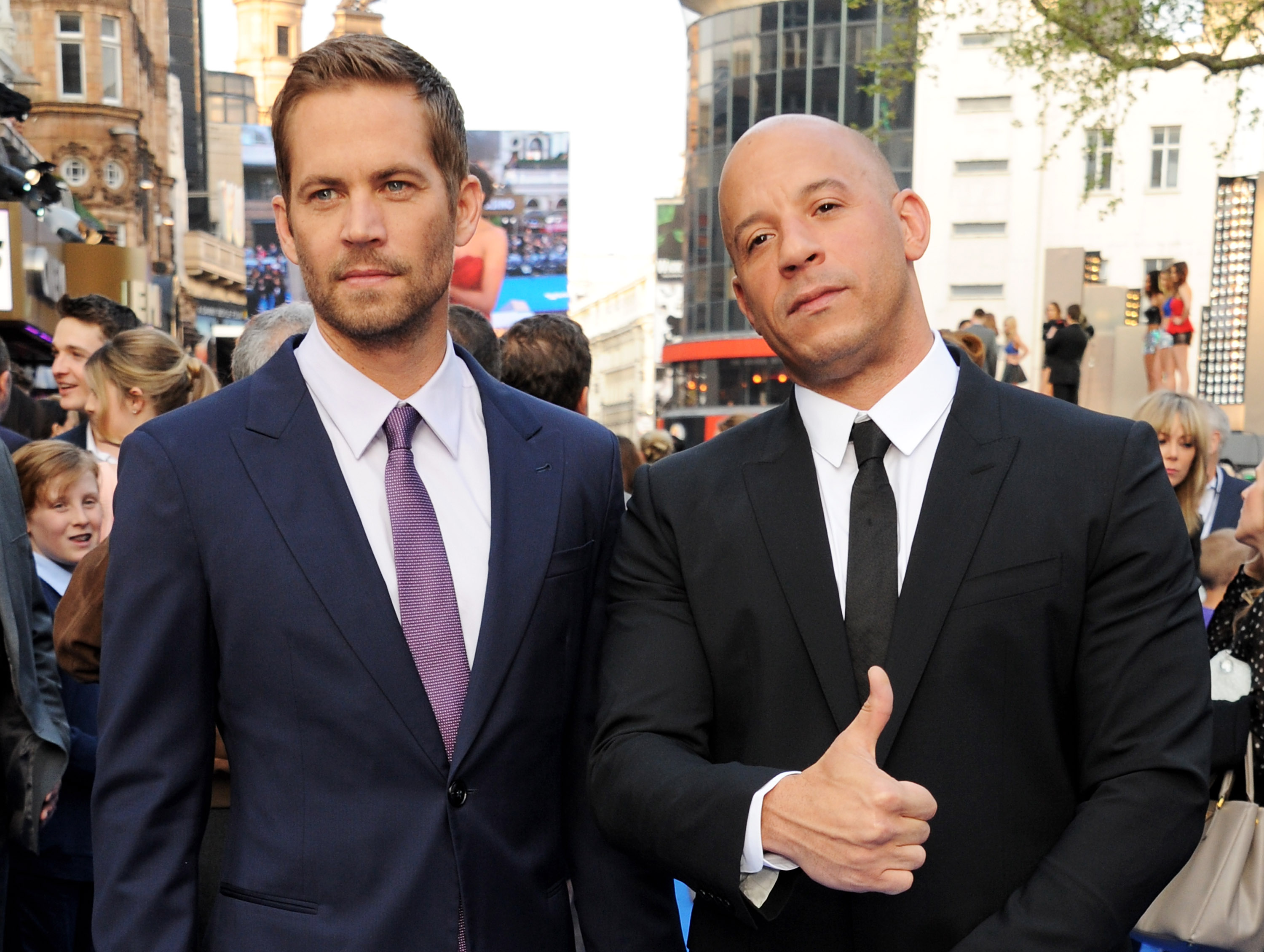 Vin Diesel paid tribute to Paul Walker ahead of the Fast and Furious 9 premiere.

The actor, who played Brian O’Conner in the film franchise, tragically died in 2013, at the age of 40.

And Vin, 53, made sure to remember his late pal as he made his way to celebrate the new movie – which lands in UK cinemas on June 24.

Taking to Instagram, the Dominic Toretto star shared a fan-edit throwback of the pair on the red carpet.

‘On my way to the premiere… you will be there in spirit,’ he wrote alongside the upload.

Speaking to reporters at the bash, Vin opened up about his close bond with Walker and recalled some of their ‘best moments’ together.

‘Some of my best moments in life were going to the premiere and the person, the face that I have at every one of these massive premieres, it was my brother Pablo,’ People Magazine states he said, sharing his affectionate nickname for the She’s All That actor.

‘It was always after we delivered the movie, after we had given everything to all the fans, it was a moment where he and I just reflected about the journey.

‘He had come from so far. We surprised the world with this small little film about brotherhood and we would dream about the future, so when I was thinking who I’m going to see at this premiere, I kept going back to Pablo and I know that he’s here too.’

He was joined by Walker’s daughter Meadow – his God-daughter – at the star-studded premiere, in LA.

Spilling the beans on the franchise, Vin previously refused to shut down rumours that she would be making her debut in a future Fast and Furious film, as a way of honouring her dad.

When asked if she would ever make an appearance in an upcoming instalment, Vin told E!: ‘I would not count anything out.

‘Without giving you all of the secrets of Fast 10. Let’s just say nothing’s ruled out.’

Fast and Furious 9 is released in UK cinemas on June 24.