‘It is important to understand that when it comes to setting examples of truth, honesty and ethical conduct, leaders need to be true to their principles or values 100 per cent of the time’.

Paradoxes refer to events that consist of ‘contradictory yet interrelated elements — elements that seem logical in isolation, but absurd and irrational when appearing simultaneously’.

The task of leaders is filled with contradictions in goals.

One of the most significant paradoxes that Bhishma faced time and again in the story of the Mahabharata was that of ‘loyalty (to an individual) versus loyalty to truth’.

Every leader comes across situations where a choice has to be made between loyalty to externalities like reputation, wealth or fame, and deeper (inner) values of truth and honesty.

The actions and decisions that leaders take at such times play a major role in determining the future of their organisations.

If the leaders decide that their allegiance lies with external objects rather than values of truth and honesty, then they end up compromising the values of the organisation.

Be it the wilful abduction of Amba from the swayamvara in Kashi or staying quiet during the incident of Draupadi’s disrobing, Bhishma comes across as a character so caged by his vow of allegiance to the throne of Hastinapura that he considered it to be more important than authenticity (staying true to his inner conscience).

Of the two incidents that remained the most critical incidents in Bhishma’s life, one (Draupadi’s disrobing) became the cause of the war between the Kauravas and the Pandavas. The second (the incident regarding Amba) led to his death.

On both these occasions, Bhishma failed to decide which of the two goals in front of him was right and should be pursued.

He ended up choosing the goal of being loyal to the throne of Hastinapur even if it came at the cost of the value of truth and authenticity.

The second paradox that Bhishma faced was of ‘short-term versus long-term thinking’.

This paradox can also be understood as a conflict between ‘means and ends’.

One of the dilemmas faced by leaders is deciding if they should focus on the means (the process or the path to achieve the goals) or the ends (the goals themselves).

Goals are attained in the long term, while the decisions on the processes have to be taken in the present and hence are related to short-term thinking.

Leaders have to balance their short-term and long-term orientation.

It may so happen that given the situation, if the leaders take a call to stand with the truth, they may have to deviate from some principles related to the process that they have set for themselves (leading to short-term losses).

But it is important to recognise that the losses are only short-term and the values that the leaders are establishing, by staying true to the goals that they want to achieve, can lead to long-term gains.

In moments of dilemma, Bhishma decided to choose the short-term over the long-term.

When injustice was being meted out to the Pandavas and when Draupadi was dragged to the court, Bhishma decided to remain quiet.

It is possible that he stayed silent because of his allegiance to the throne and the ruling king.

It is possible that he remained quiet in the name of dharma (his own understanding of it).

Whatever be the reason, this short-term thinking led to the setting of an extreme example of deceit that neither he nor the Kauravas could ever undo.

Bhishma’s short-term orientation came to be seen as his support for something that was wrong and that led to the fall of the Kaurava empire in the long-term. 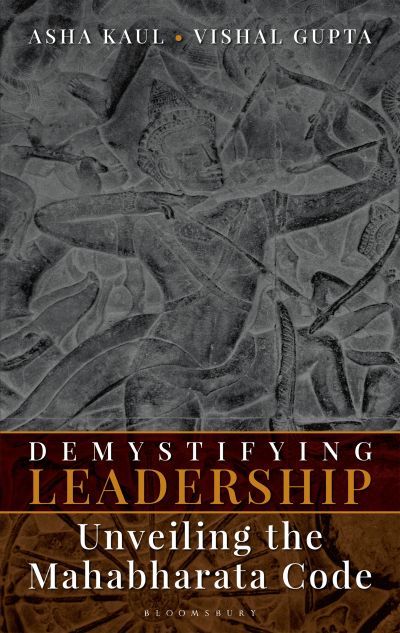 The third paradox that Bhishma faced was of ‘sometimes versus always’.

Curiously, Bhishma was a character who oscillated between the extremes of virtuousness in the story.

When it came to the incident of taking a vow of celibacy and reaffirming his loyalty to the king of Hastinapur, Bhishma came across as a paragon of virtuousness.

However, the same Bhishma considered it perfectly right to abduct princesses, forcefully marry two of them to his brother, and to sit quietly and watch a conspiracy being hatched against the Pandavas.

It is important to understand that when it comes to setting examples of truth, honesty and ethical conduct, leaders need to be true to their principles (values) 100 per cent of the time.

In leadership, there is no scope or room for not being true to one’s inner conscience for even once.

As our societies (and organisations) become more competitive, global and complex, these competing goals often lead to individuals facing the conflict between dharma and adharma, which permeates through the entire Mahabharata.

The word dharma is mentioned frequently by various characters in the Mahabharata.

Dharma has been used to denote a normative action or an abstract quality of compassion, righteousness, goodness, justice and truth in the Mahabharata.

It is linked with norms, laws, ethics as well as righteous execution of obligations, responsibilities and duties.

The underlying expectation is that the person following dharma will operate within the boundaries of justice, and will in word and deed, act with honour and appropriateness.

Alternatively, the word adharma can be understood as an action that violates the norms.

This edited excerpt from Demystifying Leadership – Unveiling the Mahabharata Code by Asha Kaul and Vishal Gupta been used with the kind permission of the publishers, Bloomsbury.