There are plenty of cozy, happy TV shows out there for audiences who don’t want to watch anything dark during the already-tough times of the coronavirus pandemic. Big Sky is not one of those shows. The new thriller is filled with heavy twists and turns, but there’s one plot detail in particular that’s making it especially hard for the show to serve as a distraction from reality. That’s because ABC’s Big Sky takes place in the present day, so the characters are living through the pandemic too.

Without giving too much away, Big Sky comes from Big Little Lies creator David E. Kelley, so you know audiences are in for some dark and twisty drama. Based on the book series by C.J. Box, Big Sky tells the story of private detectives Cassie Dewell (Kylie Bunbury) and Cody Hoyt (Ryan Phillippe), who team up with Cody’s estranged wife and ex-cop, Jenny Hoyt (Katheryn Winnick), to solve the mystery of two teenage sisters (Jade Pettyjohn and Natalie Alyn Lind) who go missing while driving through Montana. As if all that isn’t enough to keep the characters of Big Sky busy, the show also makes a point of mentioning that it takes place during the pandemic. 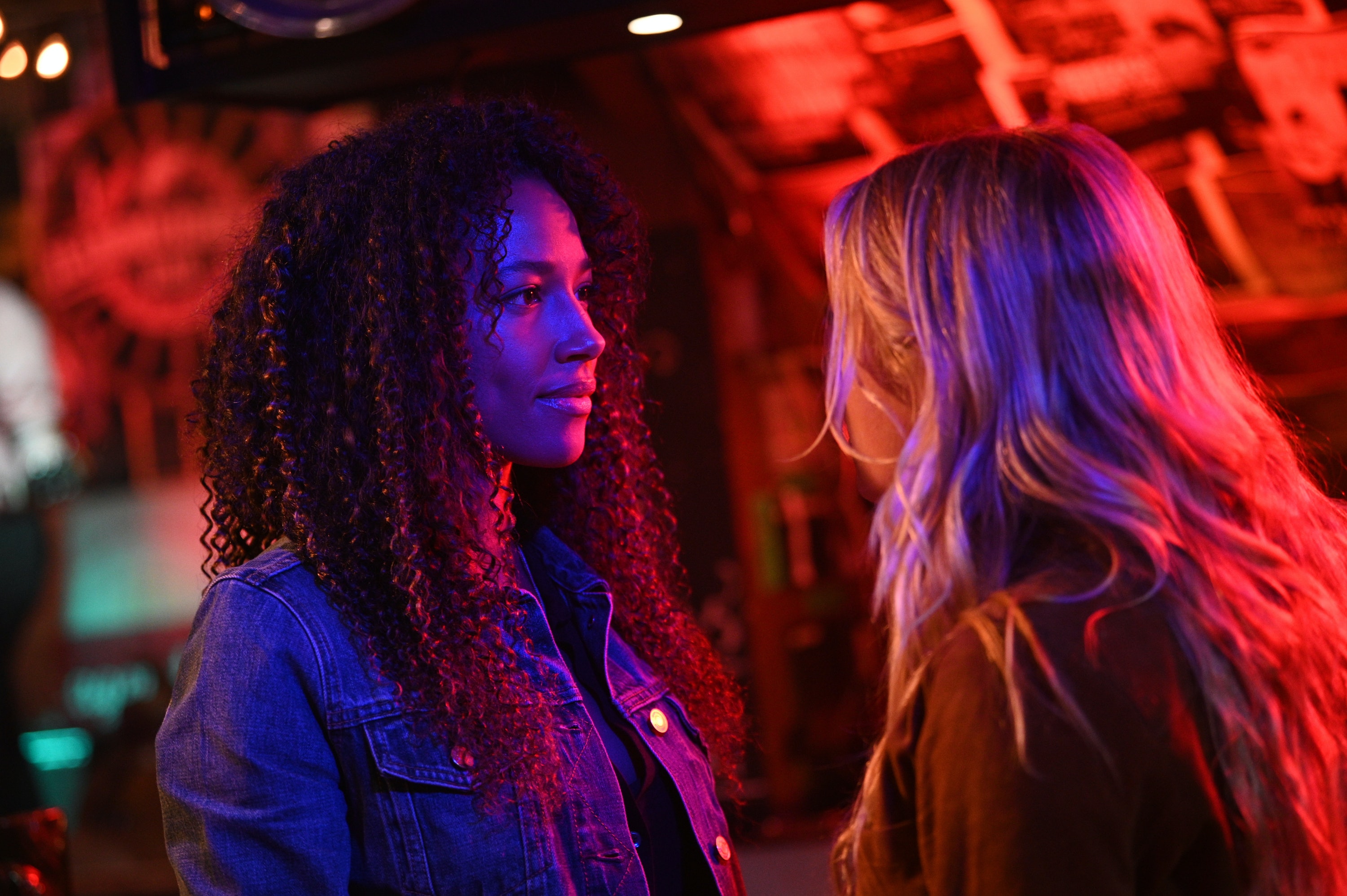 There are two big references to the pandemic in the first episode of Big Sky. The first comes at the very beginning, when one character tells another that they believe people are looking for happy songs about love during the pandemic. It’s a funny line for the show to include, since the series’ subject matter isn’t exactly the happiest; in addition to the main storyline about the missing teenage girls, the pilot includes storylines about several broken marriages.

The other reference to the pandemic is at the very end of the episode, when Cody meets state trooper Rick Legarski (John Carroll Lynch) at a restaurant that closed down because of the pandemic. It’s interesting to see the pandemic incorporated into the world of the series without it being a major plot point; instead, it’s simply a fact of life. After months of the pandemic, it makes sense that it’s now casually making its way into TV shows. But its presence in Big Sky does beg one questionL Why isn’t anyone wearing a mask?

Keeping COVID-19 at bay was a challenge: ENC chief
Lifestyle