‘When women are independent financially, they will never take crap.’

Season Two of Masaba Masaba returns on Netflix and with it so does the sassy mother-daughter jodi, Actress Neena Gupta and Designer Masaba Gupta.

So what happens when you put three opinionated women — Masaba, Ashvini and Sonam — in a room and ask them questions about issues that affect women?

How difficult was it for each of you to reach this point in your career? Despite the progress that is slowly being made, we are still a patriarchal society where women have to fight for every right.

Sonam: I am a woman and have never thought of it as a weakness or a drawback.

It has actually been a good thing for me because I have a different perspective. Ninety-five per cent of the directors are men. That makes me, as a female director, a little more special.

It helps me to write better, direct better and talk to people better because I have a more sensitive way of looking at things.

Ashvini: I have been doing this for 30 years.

I would say I was fortunate because TV is a woman-dominant space. Thirty years ago too, women dominated television on and off the screen.

I am used to that. Even today, I am working on shows that are dominated by women.

I did attempt movies in between and, while that is more male-dominated, I am comfortable there as well. But I prefer a more woman-oriented subject and women-oriented teams.

But I feel like anger or aggression may not always be the way to find your way through. You can navigate it by just being gentle and polite in the way you handle a patriarchal system.

I don’t think there is a formula on how to make it as a woman in a patriarchal society.

I think, along with being a patriarchal society, women today are offered — at least in larger organisations like Netflix — an equal seat at the table. That’s all women want. They don’t want to be superior; they want to be equals. And I think it’s slowly happening. 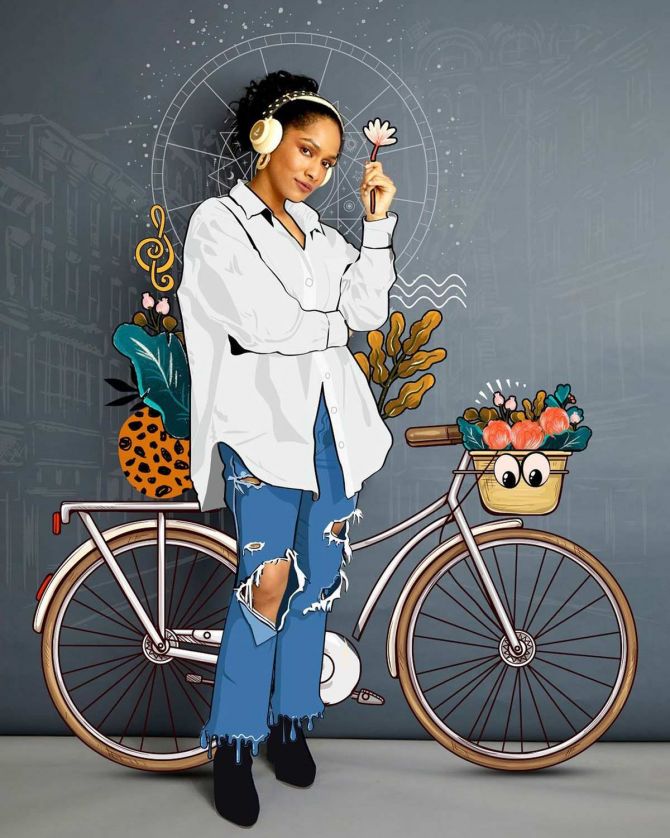 Have you been confronted with gender-related roadblocks in your career?

I come from fashion where a lot of designers are actually males. It has always been fine, honestly.

However, I do think that it is sometimes a little harder to get people to take you seriously as a woman entrepreneur.

It sometimes like ‘Oh, but you are in fashion. It’s frivolous. Playing dress-up.’ No one is playing dress-up, you know, you are still running a business.

I think that aspect takes a little bit of convincing but, once you have passed that hurdle, you are sorted.

Ashvini: I come from the corporate side where you are either hiring or being hired.

I feel if a man interviewing you, he is always wondering — depending on your age — how she is going to balance things.

Men have these preconceived notions which are very different when they talk to a male candidate. Then it’s always about where do you see yourself a few years from now?

With a woman it’s ‘Oh, when are you planning to have kids?’

Luckily, we belong to an industry where it is sort of equal. But not in the boardroom. The boardroom is another place where I don’t see enough women. 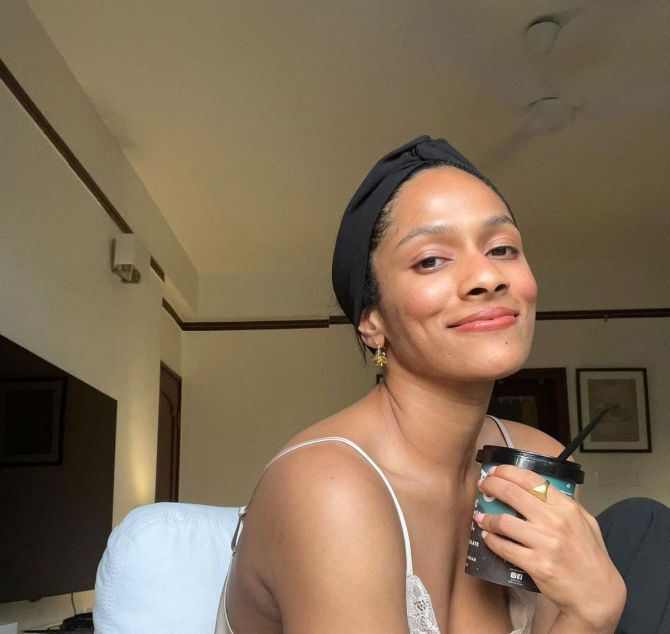 Masaba, you are starring alongside your mother in the series. What is she like as a co-star on the sets and as a mother at home?

At home, she is like any other mother giving me lectures about not eating and to avoid too many foreign foods. She’ll say stuff like, ‘Ghar ka khana khao (Eat home-cooked meals). Why do you order from outside? Eat Indian vegetables.’ 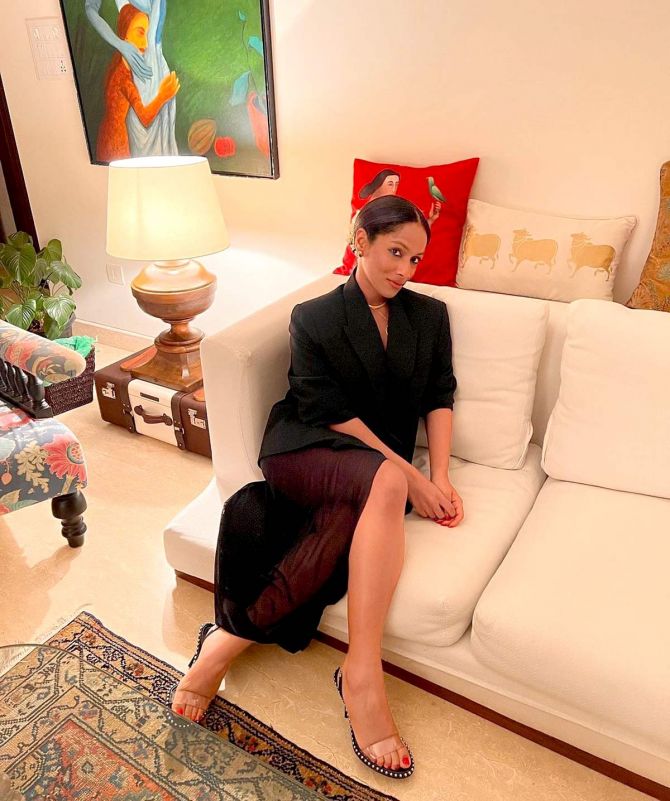 Have you drawn professional inspiration from other women?

Ashvini: I can’t say any one woman has inspired me to do what I am doing today.

I have always been inspired by women, but the woman has changed depending on where I am at that point in my career and in my life.

Masaba: I think it’s the same.

Sometimes, I am inspired by my help at home; they manage to have such a good attitude about doing the same thing over and over again.

We can always say let’s go somewhere or have some friends over. But their life is different. And the ability to find joy in that… I have seen them work through whatever problems they are facing to feed their families.

I find that very inspiring.

Sonam: In every woman I come across, especially in the workforce, there is so much to admire.

You can just tell that it’s a little harder for them to be present there.

On the set, I see ADs (assistant directors) and assistants and other girls. It’s a little harder for them to convince their parents to let them do this, to be out till 2 am because we are shooting.

But they are doing it. So, yeah, I feel every woman is inspiring. 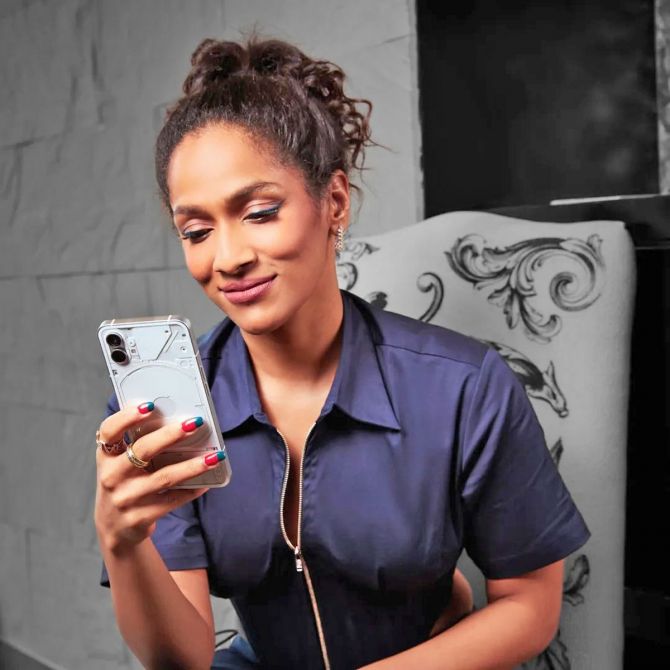 Masaba: We often seek validation from our partners, from men.

It’s much nicer when it comes from the work that you do because it’s yours; it’s what you have put your heart and soul into.

So I would say work really hard for what you want and build your own financial independence because money talks.

When women are independent financially, they will never take crap; that’s changing in society now, which is very important.

Sometimes, you have people who are not necessarily talented but have worked hard. In such cases, I would say make up in hard work if you lack talent. But don’t give up.

What words of wisdom did your mother share with you that have stayed with you forever?

In the interview just before this one, she was asked what she could not live without. And she said, ‘Vada pav‘.

But there is one thing she has told me, ‘Don’t just preach about feminism or being independent or liberated or about equal relationships at home with a man; live it. Don’t just preach; practise it.’

To catch up on the full interview, that the masti that went along with it, watch the video: 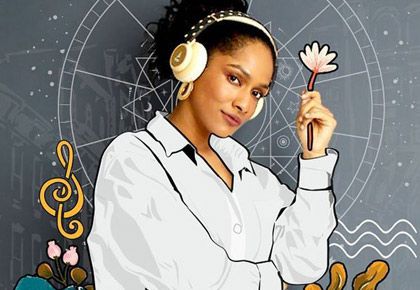