The inspector stated in the complaint that the duo confessed to selling mava using a drone worth Rs 25,000 that was seized by the police. 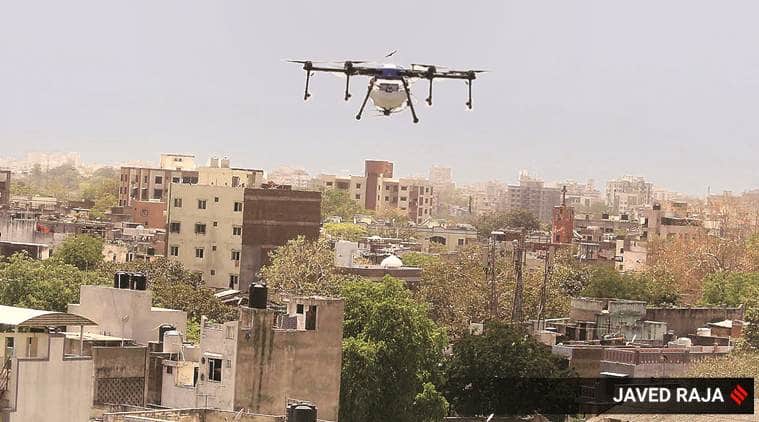 TWO MEN were arrested by Morbi district police on Saturday for allegedly “selling” a highly addictive tobacco mix called “mava”, by flying packs of it using a drone and posting a video on TikTok to advertise its sale. The video posted on social media shows the drone flying bunch of mava (mixture of tobacco, betel nuts and lime) tied to it.

“Gardhariya works with a private firm while Bhadaniya is a professional photographer and owns a drone. They are friends and have the habit of chewing mava. They shot the video and shared it on TikTok to advertise their sale of mava. Such an act can assemble a crowd in violation of prohibitory orders.

Therefore they were booked,” police inspector Pravin Gadhvi, in charge of ‘B’ Division police station, told The Indian Express on Sunday.

Gadhvi said the two were arrested on Saturday and released on bail on Sunday. “The duo shot the video on Saturday and shared on social media. After the video came to our notice, we started an inquiry and could trace the video to the Bhadaniya’s TikTok account,” the inspector added.

Chewing mava, also called faaki, is a popular way of tobacco consumption in Saurashtra. However, tobacco products have not been explicitly defined as a daily essential item and, therefore, their sale has been prohibited since the lockdown began in the state from March 21.

The inspector stated in the complaint that the duo confessed to selling mava using a drone worth Rs 25,000 that was seized by the police.

For all the latest Rajkot News, download Indian Express App.