According to officials, three Bengal Monitor Lizards, commonly known as Indian Monitor, were found in the house of Rajkumar Vaghri in a raid conducted by forest department team on Tuesday evening. 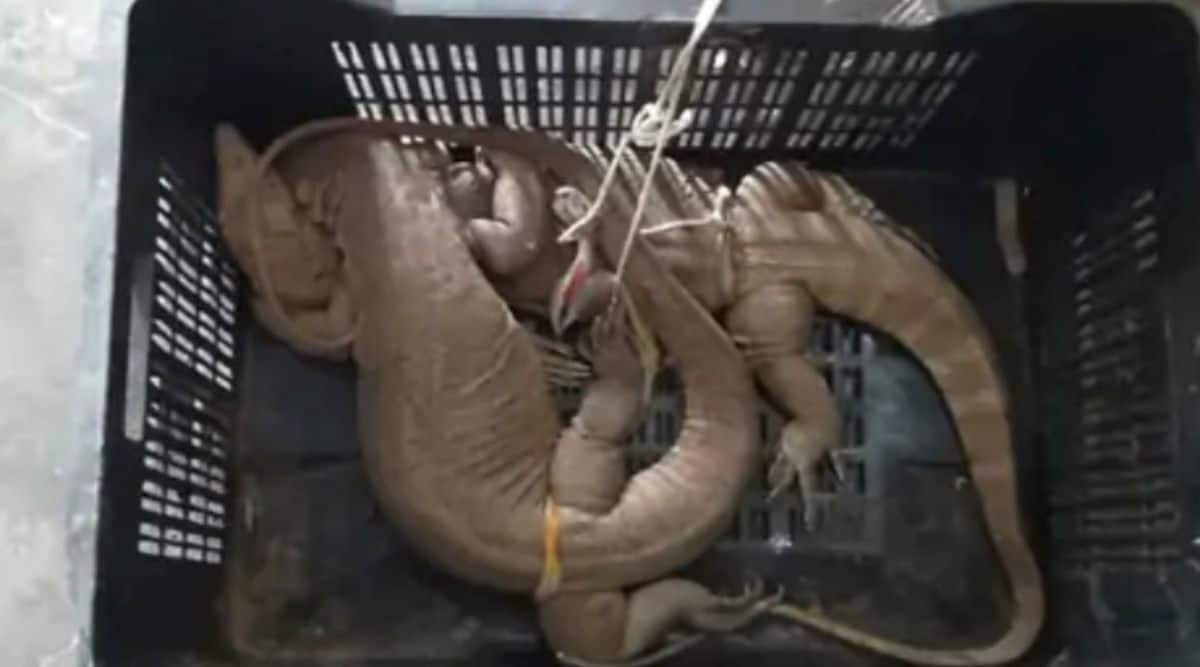 Forest officials rescued three Bengal Monitor Lizards kept captive at a house in Bayad town of Aravalli and arrested a man who had allegedly kept the protected species over superstitious beliefs.

According to officials, three Bengal Monitor Lizards, commonly known as Indian Monitor, were found in the house of Rajkumar Vaghri in a raid conducted by forest department team on Tuesday evening.

According to officials, the three lizards of the protected species were found in a plastic box kept in the house by the accused. The accused was not found in the house at the time of raid and was arrested on Thursday.

“We had received a tip that a man was storing three Bengal Monitor Lizards in his house and in that regard, a raid was conducted by the forest team. The lizards, aged between two to three years, were found in injured state and they were shifted to a nearby wildlife care centre for medical help,” said Fuletra Patel, Range Forest Officer, Bayad, Aravalli.

“Meanwhile, we arrested the accused and presented him before the court which has granted him bail on Thursday. He has told us that he had procured the lizards from somebody and had kept them in his house for two days before the raid. Further investigation is on,” the range forest officer added.

Bengal Monitor Lizard under the Wildlife Protection Act 1972 of India comes under Schedule 1 protected species making their sale, purchase, possession and consumption an illegal activity. Commonly found in the Indian sub-continent, the protected species is ground dwelling and resides usually in bushes alongside riverbeds and agricultural fields.

“We don’t have a survey count of monitor lizards in Gujarat as they are common across India. The accused had kept them for superstitious beliefs,” added Patel.