As India and Pakistan celebrate 75 years of their Independence, the quest in the hearts of Punjabis — to trace their roots on the either side, to get just one glimpse of their ancestral homes, and to revisit the streets where they spent their childhood in — remains. 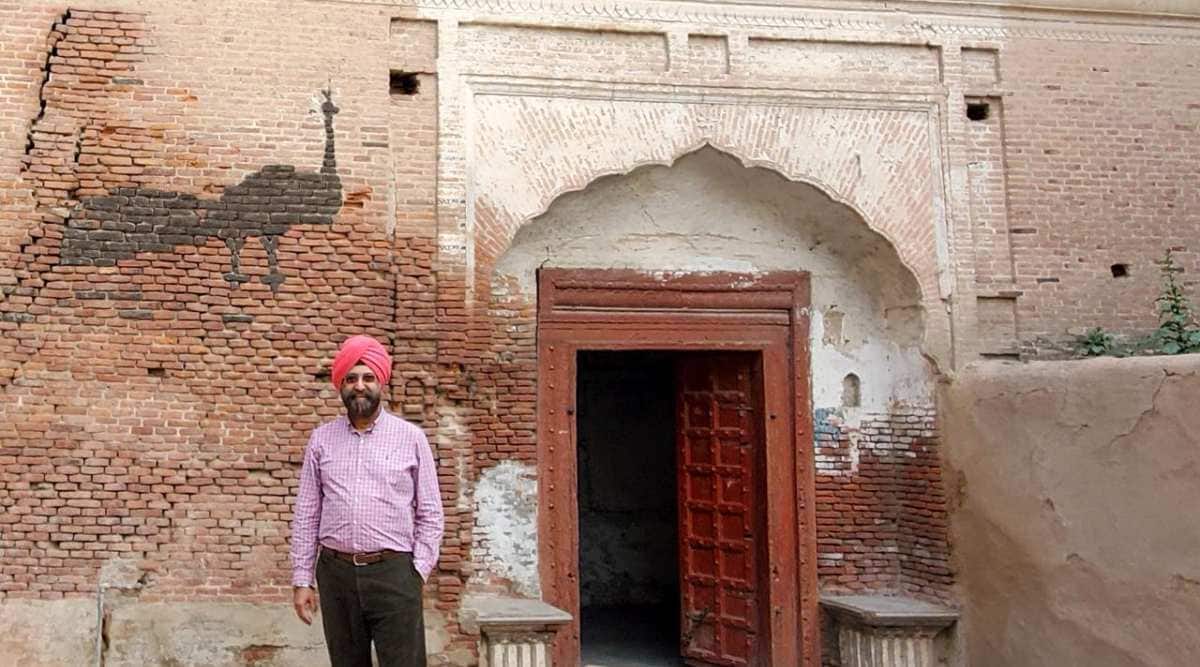 The scars of Partition on the hearts and minds of Punjabis — with their land divided into Lehnnda (West Punjab) and Chardha (East Punjab) – have refused to fade. As India and Pakistan celebrate 75 years of their Independence, the quest in the hearts of Punjabis — to trace their roots on the either side, to get just one glimpse of their ancestral homes, and to revisit the streets where they spent their childhood in — remains.

While most of families, who moved either to India or Pakistan in 1947, have been unable to revisit their ancestral homes again, some like Tarunjit Singh Butalia (56), have been lucky. In his case, the search began with a “kaala mor (black peacock)” that his grandmother would often mention in conversations about the past. The black peacock was painted outside their ancestral haveli at village Butala in Pakistan’s Gujranwala in 1947. With that as landmark, Butalia finally traced the haveli, 72 years after the Partition, in December 2019. Most of the plaster from the haveli’s wall was gone, but the black peacock was still perched there.

That and other anecdotes are now part of a book — ‘My Journey Back Home — Going Back to Lehnda Punjab’ — that he has authored. The book was published in English and translated in Shahmukhi Punjabi by scholars from Pakistan.

“My grandmother had told me her life story so many times. How they left their ancestral village and came to Chardha Punjab in 1947. During a conversations, I jokingly asked if I could go back to our ancestral home, how would I recognize it. She said that it had a black peacock painted on the front of the haveli,” says Butalia.

The book opens with a poem thanking the black peacock that ‘waited’ for one of his family to return and open the gates of their ancestral haveli once again.

Butalia, a US based interfaith activist and founding trustee of Sikh Council for Interfaith Relations, says he was born and brought up in Chandigarh and later moved to the US. “I was born in 1965 when India and Pakistan were engaged in war. My father was in Indian Army. It was only after we moved to border town Tarn Taran that I developed interest in my family’s heritage on other side of the border.”

The author also deliberates on how the village ‘Butala’ got its name. “By early 1800s, my ancestors had accumulated 42 jagirs (feudal land grants) and were one of the largest landholders in Punjab. ‘Batali’ in Punjabi language means 42 and hence the village was referred to from then on as ‘Butala’,” he says. The village is situated about 15 miles west of Gujranwala.

Butalia recalls another anecdote on how his grandparents in Pakistan were protected by a Muslim family before being dropped at the border in October 1947.

“In September that year, our house was set on fire by mobs but local Muslims doused the fire and saved my grandparents – Narinder Kaur and Capt (Retd) Ajit Singh Butalia. That same month, my grandparents decided to leave for Chardha Punjab. The day they were to depart, a young man stepped up and said that my grandparents could not take anything with them except clothes. It was then that my grandparents realized that they were never to return to their ancestral home. They walked for several days towards a refugee camp, near Gujranwala. When they arrived, the British officer realized that my grandfather had served in Army and took upon himself to facilitate his family across the border. On the way from the camp to the border, a mob stopped the vehicle and demanded that the family be handed over to them. But my grandfather recognized some of them and there was a change of heart. They took my grandparents to Lahore and gave them shelter. For several weeks they lived with a Muslim family in Lahore. They were dropped off
at the border around late October 1947,” writes Butalia.

He says he once asked his grandmother if she felt bitter at the betrayal by the young man who confronted them the day they left the village. “She said many at that time were not even that lucky. She felt grateful that he let them go alive. She was thankful even as the young man told them to leave all their possessions. She was particularly grateful to the Muslim family that hid them in their homes despite serious consequences if discovered. I remember her telling me that we, as human beings, are capable of immense good and evil -both at the same time. Now I understand what she meant. This lesson of gratitude even among such tragedies has been an inspiration for me,” he adds.

Butalia has only good to share about his visit to Pakistan in 2019.

“Having spent about two weeks in Lehnda Punjab, I was overwhelmed by the hospitality of the locals – people giving way and saying ‘Sardar ji’ with love, restaurants and cab drivers not taking money and a Maulvi, with whom I was chatting at the famous Yusaf Faluda Shop in Lahore, paying my bill without telling me.”

And the black peacock of his grandmother’s fond memories was very much still there.

“My parents had walked out of that haveli in 1947 never to return. The black peacock waited for 72 years, so I could complete the circle of life to open that door again and claim my roots,” he says.

Later, the writer also found that his grandparents were saved by Bashir Ahmed Virk and his wife Amina Bibi of Lahore. “I met Bashir’s son Mehmood Bashir Virk in December 2020. I cried in his lap that day”.

(The peacock of Butala village,
There was a peacock in village Butala,
he was black, dark and very stubborn,
Stayed hanging on a wall for 72 years,
beckoning his people to come home,
When I went to Butala village 72 years later,
the same stubborn peacock helped me open the door of my ancestral home..)