Malvika is most likely to contest from the constituency of Moga, according to Sood. 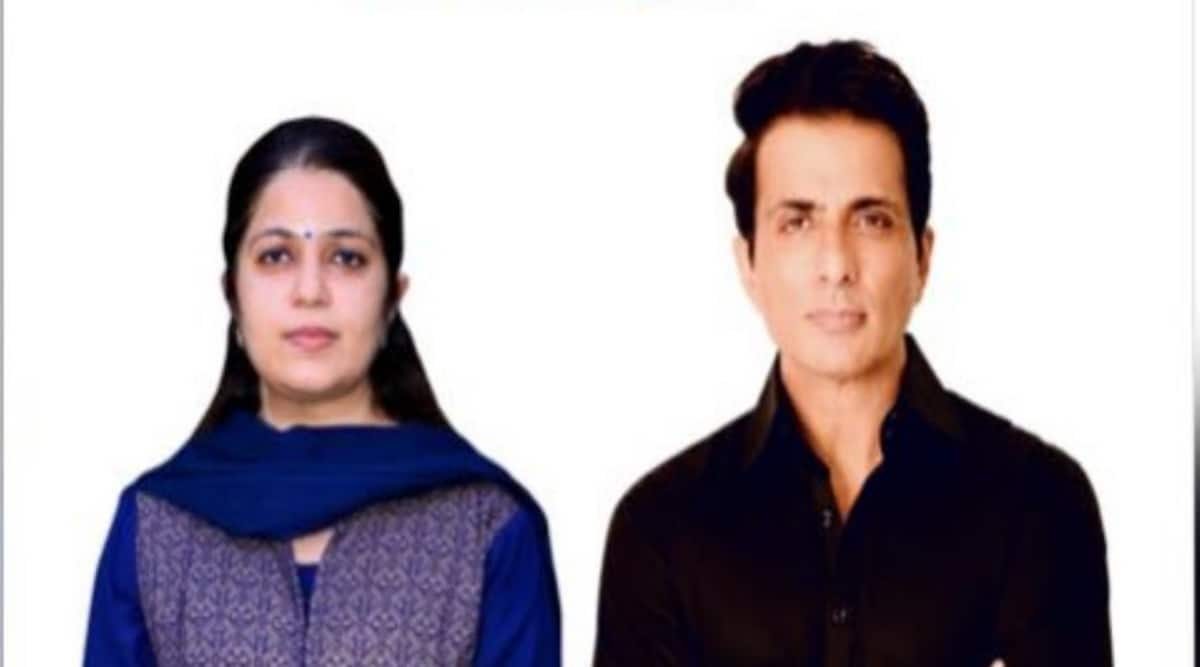 Announcing his sister Malvika Sood Sachar’s entry into politics, Bollywood actor Sonu Sood said that she was ready to serve the people of Punjab. The actor said that they were yet to decide which political party she will be joining ahead of the upcoming assembly polls in the state, stating that their decision will be “revealed at the right time”.

“Malvika is ready. Her commitment to serve people is unparalleled,” Sood said at a press conference at his home in Moga. He recently met with chief minister Charanjit Singh Channi, Sood said, adding that he was also open to meeting other political leaders, including AAP’s Arvind Kejriwal and Shiromani Akali Dal president Sukhbir Singh Badal.

“But it is a big decision of life when it comes to joining a political party, it is more about ideologies not casual meetings,” he explained. “We will reveal at right time about the party.” Malvika is most likely to contest from the constituency of Moga, according to Sood.

Asked whether he, too, will be joining politics, Sood said: “First it is important to support Malvika, she is connected to our roots in Moga. I will reveal my own plans later.”

Healthcare will be Malvika’s top priority. If elected, she will ensure that patients who need dialysis get them for free, Sood said. She will also address the issue of unemployment in the state. “Youths in Punjab go to drugs only when they don’t get work, they are unemployed. We are already working on it,” he said.