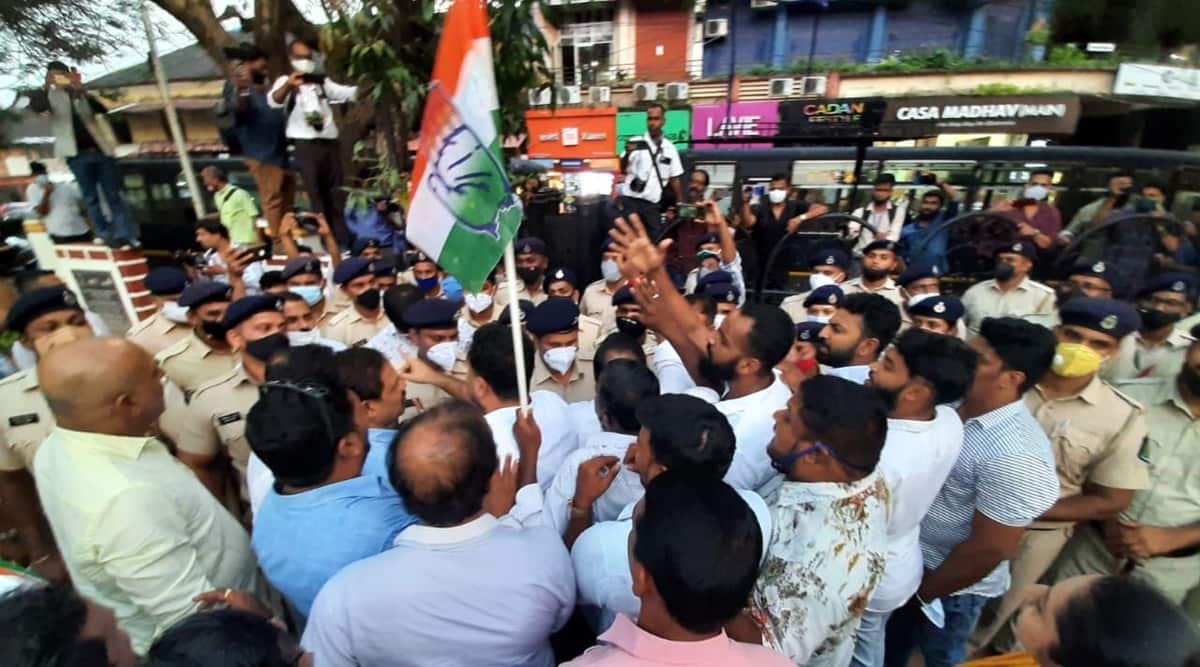 Opposition parties in Goa clamoured for the resignation of Chief Minister Pramod Sawant after a statement made by former Governor of Goa Satyapal Malik on Monday.

In an interview to a television channel on Monday evening, Malik, who served as the Governor of Goa from October, 2019 to August, 2020 said: “There was corruption in Goa government in handling of everything”.

He said he was transferred from Goa because he had spoken against Chief Minister Sawant. “Corruption angers and offends me. The day the lockdown was declared there (in Goa) government said that they will not allow even shops selling eatables to open and said they would serve (foodgrains and eatables) door to door which was impossible. At that time there was some company that had given money. At that time the Congress and others had brought this to my attention and told me to look into it. I told the Prime Minister. They (Centre) asked the people who were involved in this. They would have never said that this is what they were doing. But I knew it.”

The Congress and AAP held protests at the Azad Maidan in Panaji on Tuesday amid heavy police deployment. Workers of both parties were rounded by up in police vans after they shouted slogans on the roads adjoining the maidan. Both Congress and AAP demanded Sawant’s resignation.

Speaking to reporters in Delhi, AICC general secretary Randeep Singh Surjewala said, ““The CM of Goa and his entire cabinet should be dismissed. They have no right to continue in office after the disclosures made by the former Governor of the state. An FIR should be registered against them and they should face an inquiry.”

He added , “This sad part is that the PM was aware of it but he decided to shoot the messenger instead of punishing the corrupt.”

GFP President Vijai Sardesai met Governor P S Sreedharan Pillai on Tuesday and submitted a memorandum to his office demanding the dismissal of the Sawant government and imposition of President’s rule in the state. Like the Congress, he also demanded an inquiry under a retired Supreme Court judge . “We see this as a befitting case to approach the High Court with, for registering an FIR against the government, with a chargesheet to be filed in 90 days of FIR,” Sardesai said.

While Sawant did not make a comment about Malik’s disclosure in his interview, Goa BJP General Secretary Damodar Naik said on Tuesday, “The parties that are demanding the CM’s resignation are steeped in corruption themselves. This is only a publicity stunt that they are doing to create a certain environment against the ruling party.” About Malik’s statement, Naik said, “What he said is completely wrong. There is something called ethics and propriety. Why has he said this just a month ahead of election? Have these things dawned on him (Malik) only now that the election is approaching? The Governor should maintain some decorum. As the Governor he had the power to approve or disapprove whatever he felt was happening in the government. An honest person (Sawant) runs this government, he is going door to door with Sarkar tumchya daari (Government at your doorstep programme) that is benefitting thousands of people. The Prime Minister has also appreciated him and called him an energetic leader.”

In his interview Malik had also said that at the onset of the pandemic, he had asked the government to shut down mining trucks since they could be carriers of the virus but the government did not. “Trucks belonging to miners would pass from an area near the airport. Corona could have spread through them. I told them to shut them down but they did not. And that’s how corona struck,” Malik said.

He also said that he had objected to the proposal to raze the existing Raj Bhavan in Goa and construct a new one. “That is a heritage property and a functioning property that did not need to be pulled down. I said there was no need for it. I was living in a room and a half and I could continue to do that. I said when we were under financial duress we should not do this,” Malik said in his interview. The proposal was then shelved but was recently revived by Governor Pillai.