A bus with 38 passengers was trapped under the Palam flyover due to heavy waterlogging. The passengers were later rescued. As heavy rain continued in Delhi, numerous roads and underpasses, many of which were near the IGI Airport, were left waterlogged on Saturday. Some areas of the airport were also left inundated. A bus with 38 passengers was trapped under the Palam flyover due to heavy waterlogging.

A call was received at around 11:30 and the passengers were rescued within the next two hours. 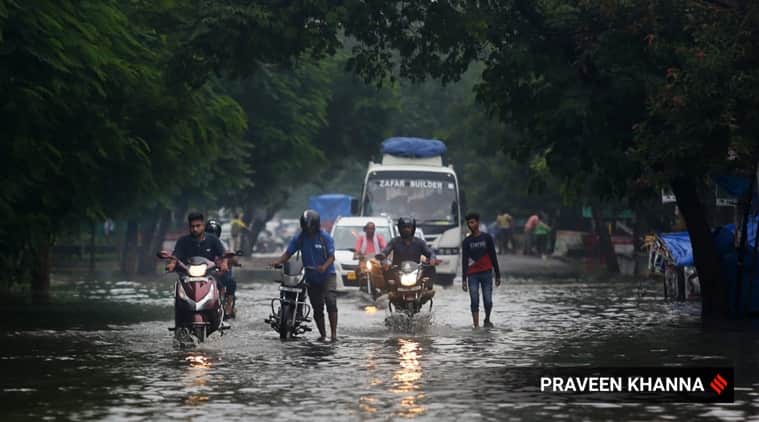 The traffic police also issued alerts about a few points in Dwarka. At noon, cops tweeted that traffic was affected along the stretch from Dwarka Sector 1 to the Palam flyover. The forecourt of Terminal 3 of the Delhi Airport had also been waterlogged in the morning. The water subsided after pumps were put into action in the area.

Officials of the Public Works Department (PWD) said that a number of complaints came in from areas around the airport such as Palam and Mahipalpur. They added that there was an issue with the drainage in the area but they are yet to ascertain what caused the problem.

Moreover, the NH-48 is waterlogged and vehicles going from Dhaula Kuan to Gurugram were the worst affected, said the traffic police. Commuters were advised to turn right on to Carippa Marg and take a left from Thimmaayya Chowk on Thimmayya Marg to reach Gurgaon or the airport.

The PWD received 280 complaints from all over the city till 2 pm.

Other areas that were heavily waterlogged included Ring Road and Yamuna Vihar. The traffic police asked commuters to avoid the stretch in front of the WHO building on Ring Road. Minto Road, however, did not have to be shut, said officials.

Traffic was also being regulated on the stretch from Azadpur to Mukarba Chowk.

The Prahladpur underpass has been shut and traffic is being diverted from Badarpur to MB Road. The underpass in the Rani Khera was also shut after the water level there reached 3-4 feet, said the traffic police.