Agriculture minister Gopal Rai said he will hold a meeting with senior FCI officials at the Delhi Secretariat on Saturday to discuss the matter, even as FCI officials stated that Rai’s claims were false. 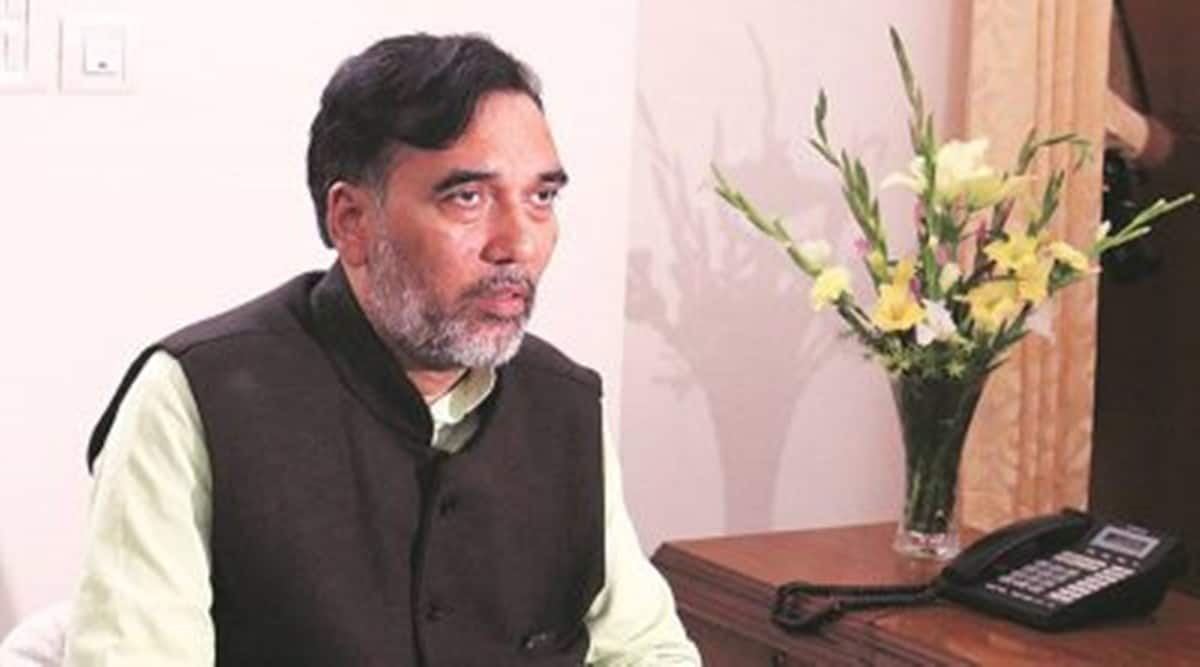 Following a visit to Narela mandi on Friday, agriculture minister Gopal Rai reiterated his claim that the Food Corporation of India (FCI) has not set up counters for purchasing wheat at the minimum support price (MSP) in Delhi’s mandis.

The minister said he will hold a meeting with senior FCI officials at the Delhi Secretariat on Saturday to discuss the matter, even as FCI officials stated that Rai’s claims were false.

A statement from Rai’s office quoted the minister as saying, “We’ve been getting several complaints from farmers that in Narela mandi, FCI has not been procuring food grains on MSP. When we asked FCI for details regarding this, they wrote to us that they have been purchasing food grains since April 1.”

“We decided to inspect the situation today and have been apprised by the president and secretary of the mandi that not even one counter has been set up by the FCI as yet,” Rai added.

The minister had on April 7 made the same claim, which was denied by the organisation’s Delhi region general manager Sudhir Kumar a day later.
Kumar said in a statement that the minister’s allegations are “completely false and baseless” and that three purchase centres have been set up at Najafgarh mandi, and at FCI food storage depots at Narela and Mayapuri since April 1.

“Cutouts and banners are placed at the gates of Najafgarh mandi, as well as at the gates of food storage depot Narela and Mayapuri, inviting farmers to sell their produce at the Government of India determined MSP… FCI has already procured 158 quintal of wheat at MSP from farmers,” read the statement issued by Kumar.

During Rai’s inspection of Narela mandi on Friday, it was pointed out to him by FCI officials that their purchase counters are at the Narela food storage depot, which is across a railway line next to the mandi.

However, as per the statement from the minister’s office, FCI officials told Rai that wheat purchases were not being done at Narela depot because farmers did not have the girdawari document.

A girdawari contains details about the land including the total area, name of the owner, the crop cultivated there, and is issued by the revenue department annually. FCI officials said they require this document to establish the identity of farmers.

“The document helps in removing middlemen and traders from the purchasing process and it is always required by the FCI during procurement. The girdawari process has been made online in many states, but not in Delhi,” the FCI official said.

The statement from Rai’s office quoted the minister as saying, “Villages in Delhi are urbanised, and hence their girdawari hasn’t been made. Farmers have been asked to get the documents signed, for which they would have come to the mandi and then go to the godown. If throughout the country, purchasing is being done in the mandis, then what is the issue being faced by FCI in Delhi?”

The girdawari has not been issued for around two years to farmers living in at least 174 ‘urban’ villages in Delhi, which were declared ‘urban’ by invoking Section 507 of the Delhi Municipal Corporation Act, 1957.

Revenue officials explained that after Section 507 is invoked, two revenue laws which govern the girdawari process — the Delhi Land Reforms Act 1954, and Delhi Land Revenue Act 1954 — do not apply to these ‘urban’ villages.

In the absence of this document, officials said an alternate arrangement is being planned. FCI officials said they have created a certificate that can be issued to farmers by an authority or department designated by the Delhi government.

Revenue department officials said a plan is being considered to give Agriculture Produce Marketing Committee (APMC) officials the power to issue these certificates.