While part-payments to growers help sugar mills stay financially viable, farmers point out that receiving payment in instalments would be of no use to them when they go to purchase inputs or pay labourers. 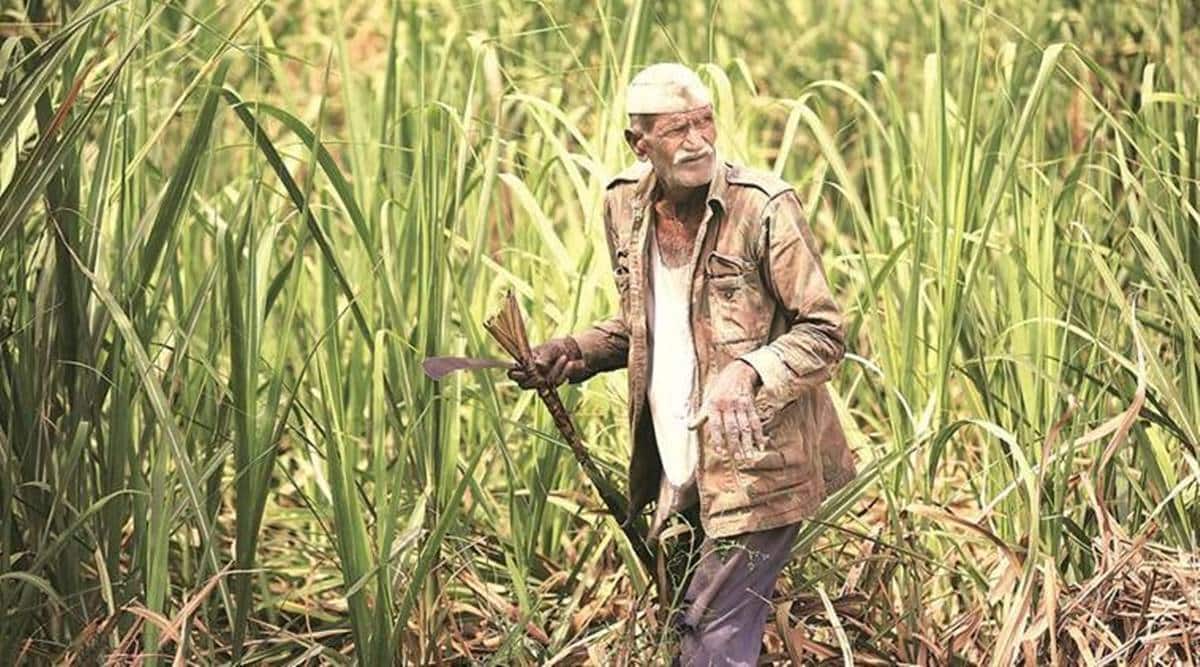 After NITI Aayog, the Commission of Agricultural Cost and Price (CACP) has now suggested that sugar mills be allowed to pay growers the Fair and Remunerative Price (FRP) in instalments. In its latest report, CACP has asked the central government to suitably amend the Sugarcane Control Order 1966 to bring about this change.

The Sugarcane Control Order mandates that mills have to pay farmers the government-declared FRP within 14 days of delivery of cane. Sugar commissioners can recover cane dues as revenue arrears by auctioning off their property. Surety of payment is the main reason cited by farmers in water-stressed parts of the state to go for sugarcane farming.

In its Price Policy for Sugarcane Report for 2021-22, CACP has recommended that part-payment of FRP be made part of the order.

“The statutory provision of Sugarcane (Control) Order 1966, mandates payment to the farmers within 14 days from the date of supply of sugarcane but is rarely compiled by the mills as sale of sugar is spread throughout the year. The mills take loan from the banks to make payment to farmers and incur a huge interest cost. The Commission recommends Sugarcane (Control) Order 1966 to allow cane payment in instalments and payment of additional cane price to growers on account of interest cost saving by sugar mills,” the report reads.

Earlier, the NITI Aayog’s recommendation regarding payment of FRP in instalments had been met with stiff resistance from farmers’ bodies. In its report of March 2020, the NITI Aayog had recommended payment of FRP in three instalments – 60 per cent within 14 days of cane delivery, 20 per cent within the next two weeks and the rest within another one month or upon sale of sugar, whichever is earlier. This, the Aayog said, was necessary to help mills to remain financially healthy and viable.

Cane dues have been a major issue, especially in Uttar Pradesh where mills have defaulted on payments much more than in other states. Mills say the burden of FRP payment in one go forces them to take loans from various sources which weakens their balance sheets in the long run.

In Maharashtra, 97 of the 190 mills had entered into pre-harvest agreements with farmers for part-payment of FRP with the clause being inserted in the cane purchase agreement signed by farmers. Leaders like former MP Raju Shetti had stoutly opposed this agreement stating this was against the spirit of the law.

The CACP’s recommendations have been opposed by cane farmers who say it is not feasible. Ankush Chormule, an agronomist and cane grower from the village of Astha in Walva taluka, Sangli district pointed out that the part-payment would not help when farmers go to buy inputs or pay labourers. “When we go to buy fertilizers, pesticides, etc we have to pay upfront. As a crop, cane stands on the fields for at least 14-18 months and our economies depend on the payment we receive in one go. If the mills are allowed to pay in instalments, it would disturb our cycle,” he said.