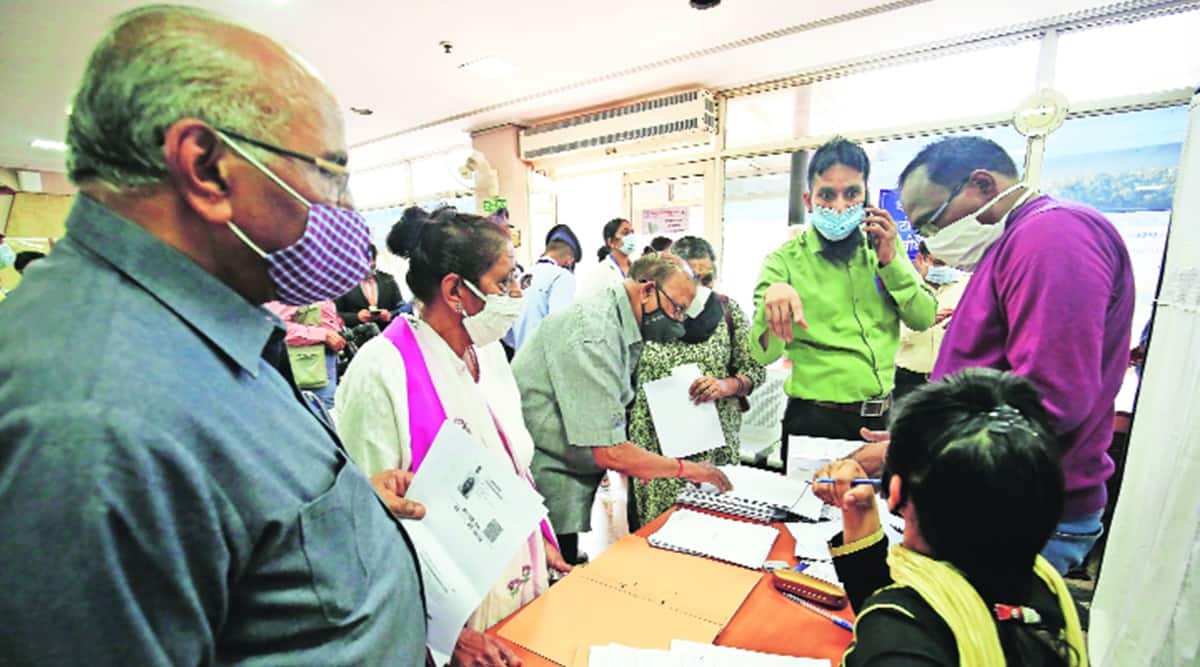 A day after the Covid vaccine was made available to those over 60 and those between 45 and 59 with comorbidities, many people who wanted the shot opted for walking into vaccination centres without registering beforehand on the Aarogya Setu app or the COWIN portal.

Hospital authorities helped them with the manual registration process, with many saying they found this easier as they weren’t able to register on the app or the portal.

Daily briefing | The stories you need to start your day with

At Fortis, Vasant Kunj, many who were in queue said they completed the registration process at the hospital, which gave them forms to fill and asked for their identification before giving them the shot.

S P Gupta (68) and his wife Rekha (64), residents of Mehrauli, were among this group. He said, “Once we arrived here, after completing the payment of Rs 250, I tried registering on the app, but there was a glitch so I had to register manually.”

Ranjit Das (82), a resident of Vasant Kunj, said, “After payment, I tried to register on the app, but there was a technical error. Eventually, I had to give the form in writing to the hospital.”

At Indraprastha Apollo hospital, where Covidshield was being given, staff made people register on the COWIN portal, selfregistration.cowin.gov.in.

“People need not necessarily pre-register before arriving as we are doing their on-spot registration here. They need to present an ID like Aadhaar. In the morning, the portal wasn’t working and we took whatever information is required by the government manually,” said a staffer working at the vaccination centre. He said they had kept the limit of vaccines being administered per day at 330.

Mahender Kumar Sharma (68), a lawyer at Faridabad, had come to the hospital with his spouse on Monday after registering on the website, but was told to come the next day due to the rush. On Tuesday, Sharma said he and his wife were able to get the shot.

At Delhi government’s Lok Nayak Hospital, 179 people from the general public arrived for the vaccination, with most being walk-ins. Dr Amit Gupta, the nodal officer there, said, “Most of the people were walk-ins, and we got them registered here itself. They needed to present an ID proof.”