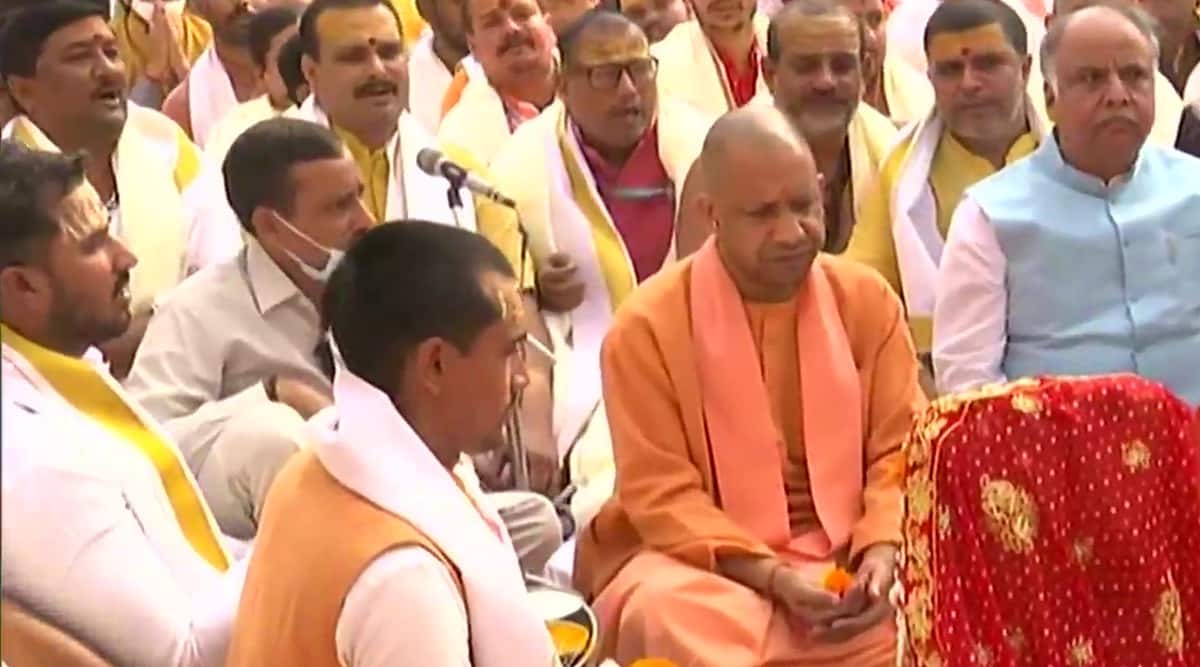 An idol of Hindu deity Annapurna brought back from Canada after 108 years was installed at the Kashi Vishwanath temple here on Monday in a ceremony attended by Uttar Pradesh Chief Minister Yogi Adityanath, who arrived here on a two-day visit on Sunday night.

Adityanath credited Prime Minister Narendra Modi with bringing back ancient idols of the country that reflect its glory. The chief minister claimed that while in the past such idols and artefacts of Indian heritage were stolen and sold abroad the Modi government, since coming to power, brought them back and restored to their original place.

“The credit for bringing the idol of Goddess Annapurna from a museum in Canada, 108 years after it went missing from Kashi. goes entirely to PM Narendra Modi,” Adityanath, adding that Modi had facilitated the return of 156 such idols and other artefacts that had been smuggled out of India in the past.

The idol of the Hindu goddess carved in stone — and seen carrying a bowl of “kheer [rice pudding]” in one hand and a spoon in the other — ultimately made it to the University of Regina’s collection at the MacKenzie Art Gallery in Saskatchewan, Canada. Last November, the University of Regina said it was returning the statue to India as “part of a global, long-overdue conversation in which museums seek to address harmful and continuing imperial legacies built into…”

The idol was installed amid chanting of Vedic hymns after its arrival following a four-day journey from Delhi. Adityanath, along with Hindu religious leaders and state ministers, led the procession to the temple. The chief minister was among those who shouldered the palanquin carrying the idol.