For almost 50 years, a legal battle has ensued between Rushdie’s family and that of Congressman Bhiku Ram Jain after a deal to sell the house fell through. 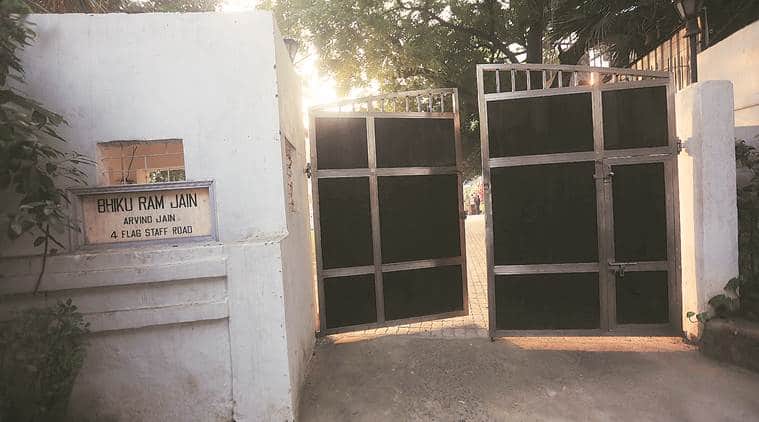 Spread across an acre, next to Delhi CM Arvind Kejriwal’s official residence in Civil Lines, is a century-old bungalow stuck in a dispute since the ‘70s. The plush location aside, the bungalow is Booker Prize winning author Salman Rushdie’s ancestral home, which was valued at Rs 130 crore by the Delhi High Court on December 24.

For almost 50 years, a legal battle has ensued between Rushdie’s family and that of Congressman Bhiku Ram Jain after a deal to sell the house fell through.

Justice Rajiv Sahai Endlaw said, “I am of the opinion that while determining the price at Rs 130 crore and on plaintiffs (Jains) failing to pay the said price, a condition should be imposed on the defendant (Rushdies) to, within stipulated time, sell the property at minimum Rs 130 crore.”

On Saturday afternoon, The Sunday Express met Jain’s son Adarsh (58) at the bungalow — 4, Flagstaff Road. “My father Bhiku Ram Jain bought the bungalow from (Salman Rushdie’s father) Anis Ahmed Rushdie in 1970. An advance payment and an agreement to sell was made,” he said. He said the house was priced at Rs 3.75 lakh at the time.

Adarsh said, “The Rushdies moved to London, and my father tried to give them the full payment, but they just won’t take it. So we went to court.”

In 2012, the Supreme Court ruled in favour of the Jains and directed the Rushdies to hand over the house to them for the market price as on the date of the order. The SC left it on the Delhi HC to determine the market value.

The HC order stated that the plaintiffs, within 60 days of this determination, should indicate their intention to purchase the property at the said price — Rs 130 crore. The order said if the Jains consent, then “within 90 days of today deposit in this court 10 per cent of the purchase consideration equivalent to Rs 13 crore, by way of earnest money.”

The order stated that in case the Jains do not consent to purchasing the property or fail to deposit the earnest money, the Rushdies will have to sell the property to another buyer for a minimum of Rs 130 crore.

About the Delhi HC’s order, Adarsh said, “We will have to make a strategy and then decide. We can’t say anything right now.”