On Friday, several farmers said they will wait for a go-ahead from the leadership before deciding whether to return or stay back. 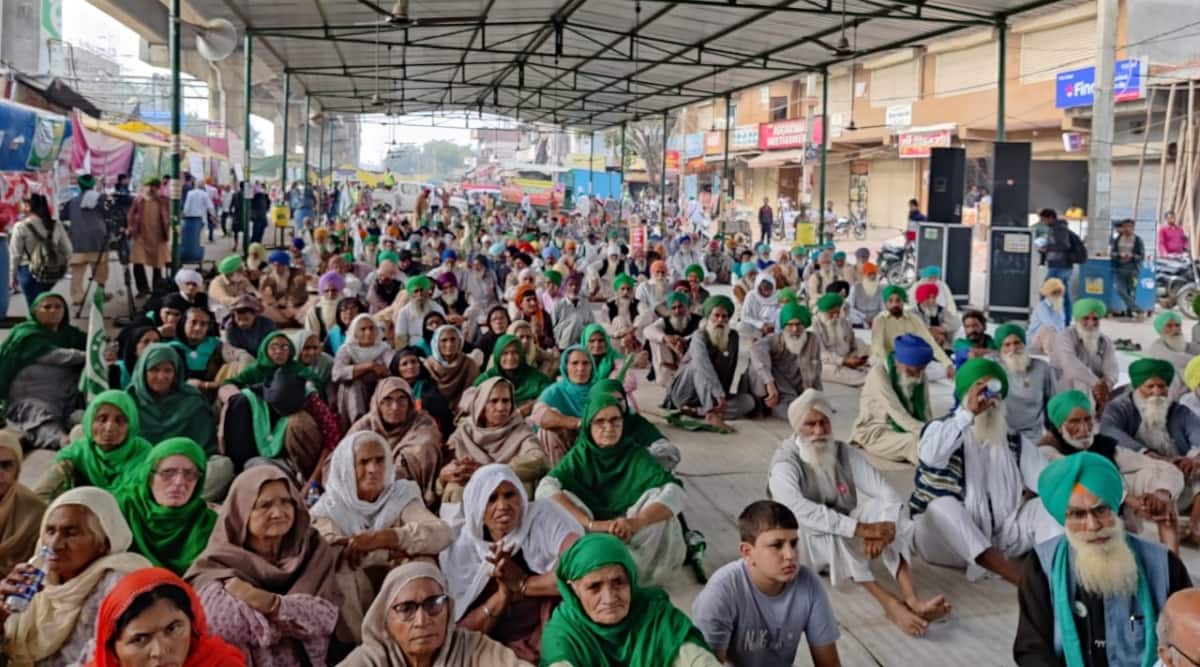 As songs to celebrate Gurupurab resonated in the background, 70-year-old Karunjit Singh collected his belongings in a blue bag, looking for eight members of his family. The farmer from Bathinda is finally ready to go home.

“We all came on a single tractor a year ago, and we will return today. We grow gehu (wheat) on four bighas of land but could not really look after the crops since we were busy with the protests. I lost around Rs 25,000 this year — but it’s a cost we are ready to pay,” he said.

While the jubilation at Singhu was apparent through the day, the mood at Tikri was more muted — though still buoyant. Farmers here largely belong to districts in Punjab and Haryana, and have stayed put at the site through a harsh winter and long summer. On Friday, several farmers said they will wait for a go-ahead from the leadership before deciding whether to return or stay back.

Others planned a trip back to their villages to prepare for the next harvest — and brace for challenges such as an increase in fertiliser cost to record rainfall. Some say they are in debt since a large part of their time and energy was spent at the protest over the past year.

Among them is Tej Singh (75), who has been at Tikri border for over 300 days. He grows wheat on a bigha of land in Bathinda. He said he won’t celebrate until the government implements a minimum support price (MSP) for crops and other reforms to decrease electricity bills and address the debt crisis.

“I have a debt of over Rs 50,000… We were here to repeal the laws and that has happened — but all our demands have not been met. They have not given a guarantee on the MSP yet. This is not a victory yet,” he said.

Making his way through the langar where volunteers distributed kheer and bananas was Jagbir Singh, a 59-year-old farmer from Haryana’s Jhajjar. He too has been at this site for over 300 days.

“I grow wheat on five bighas of land. I made a loss this year and have a debt of over Rs 1 lakh. It is difficult to fathom a life after this. But today we remember farmers who laid down their lives for the cause,” he said.

Picking out jackets handed out to farmers to protect them from the cold was Akbar Singh (68) from Punjab’s Fazilka district. His thoughts were on the over 300 quintals of rice he could not sell this year “at the rate I wanted”. “That coupled with the high cost of fertilisers and other expenses has crippled me. I am staring at a loss of Rs 1 lakh. Bohot dukh hai,” he said.

Bhup Singh Kundu (57), from Rohtak district in Haryana, grows bajra (pearl millet) and rice on his 250 bighas of land. He has made peace with the loss he has incurred over the past year. “Yahi toh andolan hai (this is the movement). I made this decision when I came here,” he said.

He has a loan of over Rs 2 lakh after he bought a tractor last year, but he is looking forward to the next harvest. “Now I have to think about that. Ten people depend on me for their daily bread,” he said.