Bijli-paani or CAA, small improvements or big-ticket announcements — the upcoming polls will be a test for three parties with barely any promise in common. What is common, though, is a realisation that mega rallies need to give way for a more personal, door-to-door outreach. The Indian Express reports on the AAP, BJP and Congress campaigns 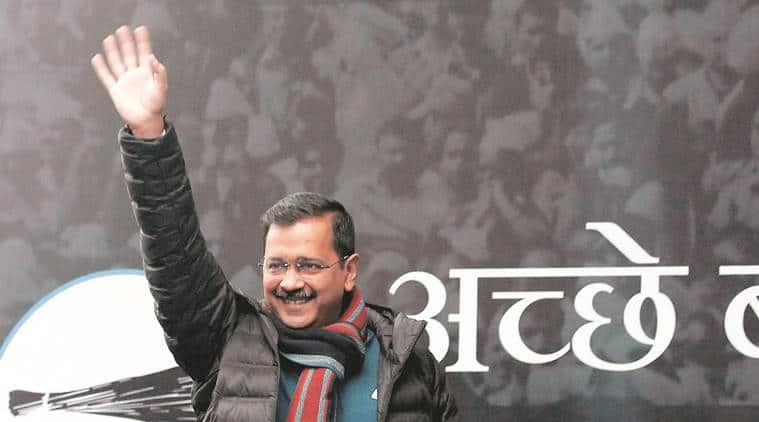 One had a disruptor trying to regain the trust of people, the other projected a universally admired icon, and the third attempted to rekindle sentiments, reminding people of the “good old days”. That, in a nutshell, captures the defining features of the 2015 Assembly poll campaigns of the AAP, BJP and Congress. The AAP would go on to win 67 of 70 seats, leaving BJP with three and demolishing the Congress.

Five years on, with the parties battling it out at the hustings once again, The Indian Express takes a look at campaign strategies adopted by the three players, its key faces, the continuities and the differences from last time. Delhi goes to polls on February 8.

The AAP’s 2015 Assembly poll campaign was centred around Arvind Kejriwal’s street-fighter image. “Accept money from the BJP and Congress if they pay you, but vote for us,” he appealed to people, drawing loud cheers at public rallies. While Kejriwal was the focal point of AAP’s campaign even then, the party also had under its umbrella intellectuals and activists including Yogendra Yadav, Prashant Bhushan and Ashutosh to smooth out the rough edges.

But that wasn’t all — a key aspect of Kejriwal’s campaign that largely slipped under the radar were his attempts to counter the label of someone who abandoned office after just 49 days in power. “I owe an apology to the people of Delhi,” said Kejriwal, a line he repeated in almost every public rally, covering all 70 constituencies. And the scale and margin of the AAP victory made it clear people had forgiven him.

The BJP, on the other hand, was riding high on its stupendous performance in the 2014 general elections, followed by a string of wins in the Haryana, Maharashtra and Jharkhand Assembly polls. Back then, nothing, it seemed, could go wrong for the party. Throwing a major surprise, the party fielded former IPS officer Kiran Bedi, a prominent face of the India Against Corruption movement scripted by Kejriwal, as its Chief Ministerial candidate.

The decision backfired. “It was all fine till Bedi was declared CM candidate. Once it was done, the RSS pulled back, senior leaders were miffed,” a BJP leader, who was a part of the media campaign in 2015, admitted. The Congress, then being led by former Union Minister Ajay Maken, was banking on the work done by three-term CM Sheila Dikshit between 1998 and 2013, pitting the “stability” the party provided in Delhi over 15 long years against AAP and its chief’s volatile nature.

Over the last five years, a lot has changed within AAP, including Kejriwal’s Twitter bio, which now reads: “Every human is equal, irrespective of religion or community. We want to build a country where people of every religion and community live together in harmony, away from any kind of enmity.”

Asked recently if he plans to once again urge people to accept bribes from the Opposition, Kejriwal said with a smile, “Woh issue toh court mein hai (the matter is in court).”

Most backroom strategists who led the charge in 2015 have either left the party or distanced themselves from it. This time around, the party has taken on board private political consultancy firm I-PAC, which shot to fame for propelling Prime Minister Narendra Modi to office in 2014.

The BJP has announced it will fight the polls in Modi’s name, having battled months of intense infighting among its leaders, all vying for the post of the CM candidate. The Congress’s plank is its vocal opposition to the Citizenship Amendment Act (CAA), which has been termed “dangerous” by the AAP as well, but from a distance, with the party keeping away from street protests.

Compared to 2015, AAP’s approach in the run-up to 2020 is in many ways starkly different, even as a few common threads stand out such as the party’s emphasis on a door-to-door campaign.

“In the first phase, we covered around 25 lakh households and presented our report card to people. After the launch of the manifesto, scheduled between January 15-20, we will launch another round of door-to-door campaigning, where we plan to cover as many households,” said AAP national secretary Pankaj Gupta. The BJP, in fact, appears to have taken a leaf out of AAP’s book. Unlike 2015, when its campaign was designed around big rallies of PM Modi, Amit Shah and Rajnath Singh, the party will focus more on street-corner meetings, mohalla sabhas and a door-to-door campaign.

While Modi did address a rally in Ramlila Maidan in December, Shah, now the country’s Home Minister, cautioned party workers last week against being too dependent on big rallies.

BJP Delhi in-charge Shyam Jaju said, “Our main focus is to reach out to people and tell them, through group meetings and mohalla sabhas, how Kejriwal has stopped schemes such as Ayushman Bharat, through which they can get treatment up to Rs 5 lakh in top hospitals.”

Senior leaders said the BJP will be projecting the Ayushman Bharat scheme — which has not been implemented by the AAP government — to puncture its narrative of reforming the primary healthcare sector through mohalla clinics, around 525 of which are currently operational.

“We will also take to the people our role in building highways and peripheral expressways. And, of course, the decision to accord ownership rights to residents of unauthorised colonies will figure prominently,” said a BJP leader.

Meanwhile, the AAP’s double-phase campaign at the grassroots, Gupta said, is markedly different from 2015. “The report card was about what all we achieved in office. That’s what we have conveyed so far. Now, we will go knocking on doors with what more we promise to do, or people stand to gain,” Gupta, who unsuccessfully contested the 2019 Lok Sabha polls from Chandni Chowk, said.

The report card, a multi-coloured slim pamphlet conceptualised and produced by the AAP, lists major achievements of its government under 10 sections.

Kejriwal addressed seven town hall sessions at carefully selected locations frequented by the middle class to present its findings, which were also telecast live with the party tying up with television channels.

Asked if Kejriwal will address as many mass rallies as he did last time, Gupta said the party is still in the process of firming up the structure of the campaign, which will follow the release of its list of candidates and the manifesto. “By this week, we hope to release both the list of candidates and the manifesto. Proper distribution of tickets is paramount for us. Subsequently, we will finalise the number of jan sabhas, roadshows,” said Gupta. During the 2019 Lok Sabha campaign, Kejriwal had primarily focused on roadshows.

Kirti Azad, campaign committee chairman, said, “Both AAP and BJP have fooled people of Delhi on the issue of unauthorised colonies. We will keep highlighting the flaws and show people how both parties are giving false hopes. Congress doesn’t work like that; we deliver what we say.”

Gupta emphasised that the standout factor in AAP’s 2020 campaign is its ability to showcase a host of accomplishments. “In 2015, we were still establishing ourselves. Now people are aware of our capabilities. They know we can deliver. This is why the CM is going around urging people to vote for AAP only if they think that we have delivered. This is something no party has attempted before,” he said.

On the ground, the party plans to depute 50 volunteers per booth during campaigning, while 1.3 lakh volunteers — 10 per booth — will be activated three days before the polls, said a senior AAP leader.

BJP’s media co-incharge for Vidhan Sabha polls Virender Sachdeva said “overconfidence” did hurt the party in the 2015 polls, but now the focus is back on workers, with BJP working president J P Nadda himself holding meetings to take stock of each Assembly segment.

Spelling out the peculiar dynamic in Delhi, a senior BJP MP joked, “The BJP wants Congress to do well; their revival might just help us. The Congress taking a clear stand against CAA and AAP trying to maintain a balance might just play a role, who knows.”

Asked whether CAA would have an impact during the polls, Jaju said, “Local issues are important but CAA is a matter of national importance. We are explaining how our Sikh and Dalit brothers who came from Pakistan, Afghanistan are living in inhumane conditions and we need to give them citizenship because they have been subjected to religious violence.”

Azad countered Jaju, saying that unlike the BJP, for which Pakistan seems to be a solution to every problem, the Congress will focus more on grassroot issues: “If the Congress comes to power, the government under us will launch a separate website for the public to register their grievances.”

Delhi Congress chief Subhash Chopra identified AAP’s promise of power subsidy — which the party has delivered on — as a major factor behind the 2015 result. The Congress has now promised to extend the subsidy mark from 200 units to 600 units. 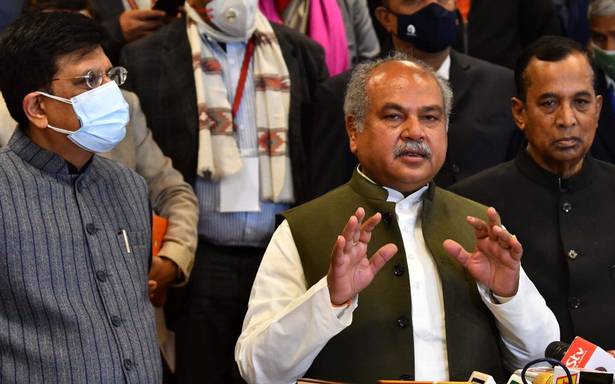 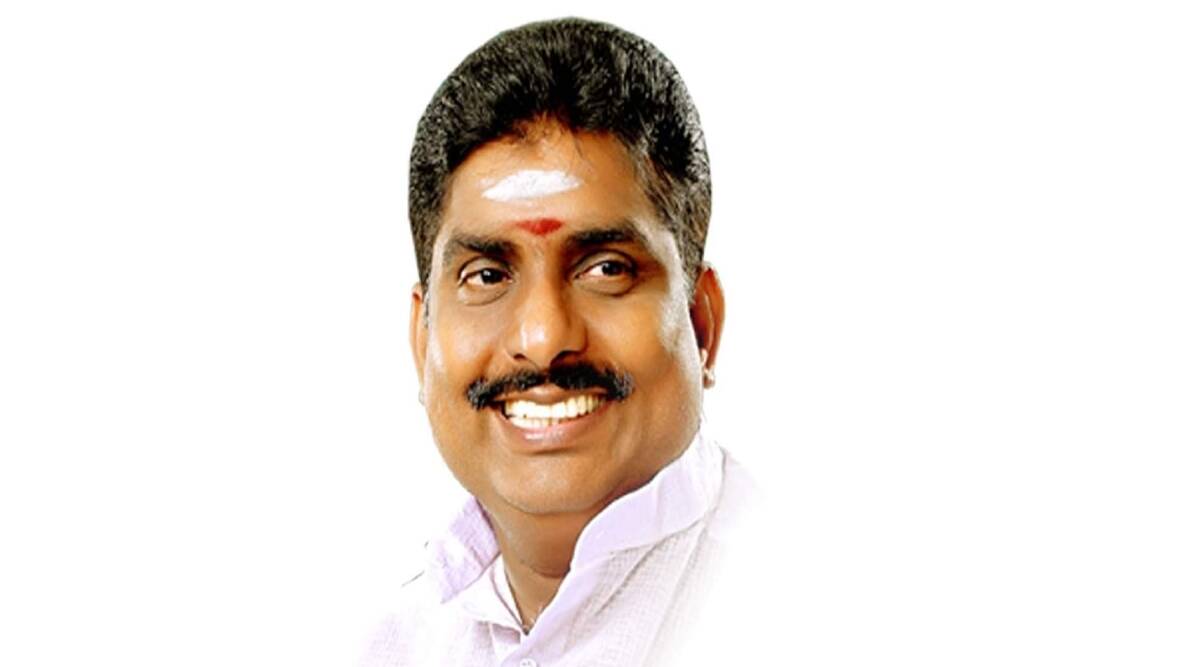 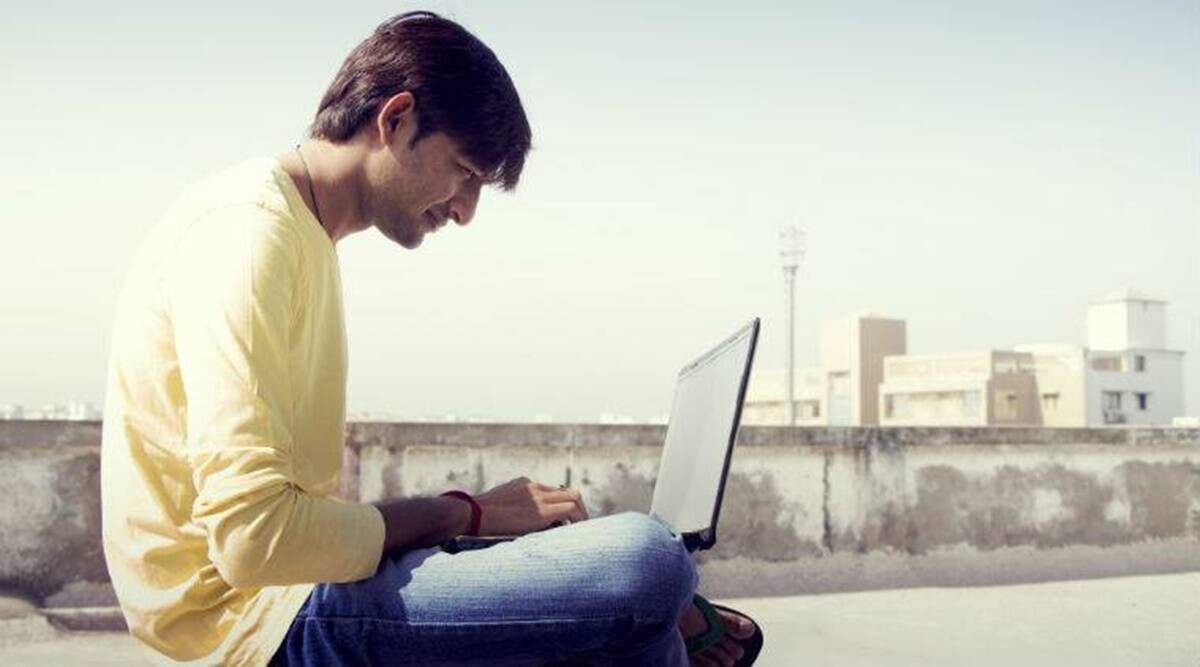