AAP had stood second in Ludhiana in 2014 when senior Supreme Court advocate HS Phoolka had given Bittu a neck to neck fight till the very last round. 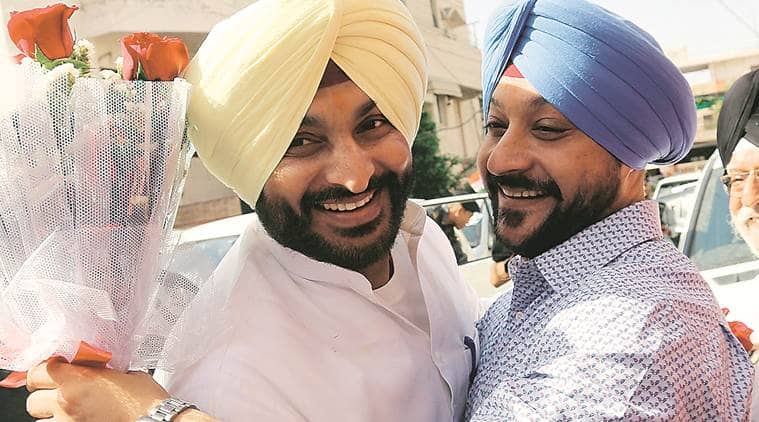 The sitting Congress MP, Ravneet Singh Bittu, defeated Lok Insaaf Party (LIP) chief Simarjeet Singh Bains by more than 76,000 votes from Ludhiana parliamentary constituency. Bittu, who had first won the Lok Sabha polls from Anandpur Sahib in 2009, before shifting to Ludhiana in 2014, saw his winning margin soaring from 19,000 votes in the last general election to 76,000 this time.

In a massive drubbing, Aam Aadmi Party’s Prof Tejpal Singh Gill could manage a little over 15,000 votes. AAP had stood second in Ludhiana in 2014 when senior Supreme Court advocate HS Phoolka had given Bittu a neck to neck fight till the very last round.

Congress, LIP secure AAP votebank Of the nine assembly segments in Ludhiana, Congress won five and LIP four. Congress retained Ludhiana north, central and east and added West and Jagraon too its kitty – the last two were won by AAP in 2014. LIP retained Atam Nagar and South, from where Bains brothers are MLAs, and also won Gill and and Dakha this time – both with AAP in 2014.

Speaking to The Indian Express, Bittu credited the ‘shahaadat’ (martyrdom) of his grandfather former Punjab CM Beant Singh, who was assassinated allegedly by Khalistan militants, for his victory.

“I am not that big a leader that I can win any election without my grandfather;s name. It is his sacrifice that has made me win,” said Bittu.
Outlining his priority, Bittu said he will now get Ludhiana’s polluted stream Buddha Nullah cleaned. “For that even if I have to touch Modi’s feet or protest outside his office daily, I will do that,” he said.

Meanwhile, Bains said that administration openly ‘sided’ with the ruling Congress. “It is not victory of democracy but that of hooliganism and muscle power. Cash and liquor were distributed by Congress and entire state machinery worked in their favor. District election officer supported them brazenly and police also threatened families that if they do not vote for Congress, their children will be booked in false cases,” claimed Bains.

AAP’s Gill, who during campaigning had said that Phoolka was “like his father”, blamed Phoolka and party leaders for the rout in Ludhiana. “People lost faith in AAP this time because our senior leaders failed to keep in touch with the voters. We need to introspect on why we got such a drubbing,” he said.