Bengaluru City Police Commissioner Kamal Pant said that non-bailable cases will be filed against anyone ill-treating or misbehaving with marshals, or not following the said norms. 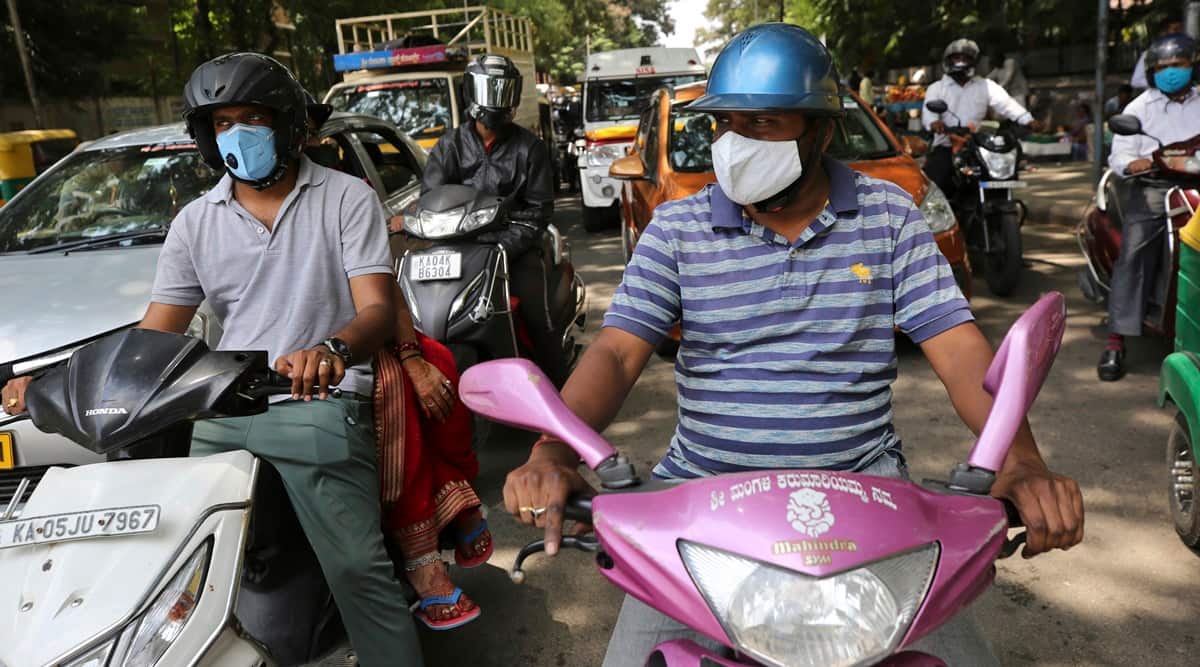 With Karnataka and capital city Bengaluru set to enter the next phase of the unlock process on Monday, the government has decided to deploy officers from the Bengaluru City Police force and marshalls appointed by the local body Bruhat Bengaluru Mahanagara Palike to enforce Covid-appropriate behaviour in public places.

Bengaluru City Police Commissioner Kamal Pant said that non-bailable cases will be filed against anyone ill-treating or misbehaving with marshals, or not following the said norms. “If there are arguments while marshals impose a fine on citizens disobeying Covid19 rules, the police personnel will provide necessary security and see to it that stern action will be taken against the guilty. The police will work in tandem with the marshals,” Pant said.

Meanwhile, BBMP Chief Commissioner Gaurav Gupta said that 54 teams were formed by the municipal body to ensure citizens follow the guidelines in a bid to contain the pandemic situation. “Each team will comprise four marshals, a home guard or a police constable. They will visit and regulate highly crowded areas. Also, areas where Covid rules are disobeyed the most will be visited by senior zonal officials, and health officers. Such places will be consequently locked down after issuing a notice,” he said.

Gupta added that such measures were essential for the city as daily cases had declined 20,000 cases to around 700 every day. “This can be further contained only if citizens follow Covid-appropriate behaviour,” he added. Meanwhile, since May 2020, BBMP has collected Rs 20.2 crore as a penalty from people failing to wear a mask while another Rs 1.2 crore was fined from those violating social distancing norms.

Among the relaxations announced by Chief Minister B S Yediyurappa, to be in place from Monday (July 5), bars, restaurants, malls and private offices would be allowed open with full capacity. However, pubs will be allowed to provide only take away service. With public transport now allowed to operate in full seating capacity, buses and metro in the city are expected to witness more footfall in the coming days, as opposed to the lesser numbers recorded while only 50 per cent capacity was permitted.

The CM stressed the fact that all such places were expected to enforce Covid-appropriate behaviour “failing to which action will be initiated under the Disaster Management Act, 2005.”

As on July 3, the active caseload in Karnataka fell below 50,000 in stark contrast with the same recording at over six lakh in May. Of the total 48,116 active cases across the state, as many as 19,441 (40 per cent) are in Bengaluru Urban alone.