Though the street was thrown open for shoppers in August, the cobblestones started getting dislodged and losing color following heavy rainfall in July-end. Barely two months after it was reopened by former Karnataka CM BS Yediyurappa, repair works are again underway on Commercial Street – a shopping high street in Bengaluru. The work will, however, not impact shopping ahead of the festival season, officials and local enterprises have stated.

The Bengaluru Smart City Ltd (BSCL) which is implementing the project has said the repair work will go on for a fortnight and will be carried out in phases.

Though the street was thrown open for shoppers in August, the cobblestones started getting dislodged and losing color following heavy rainfall in July-end. During a recent inspection, Revenue Minister R Ashok ordered the contractor to replace the tiles after complaints of shoddy workmanship surfaced. 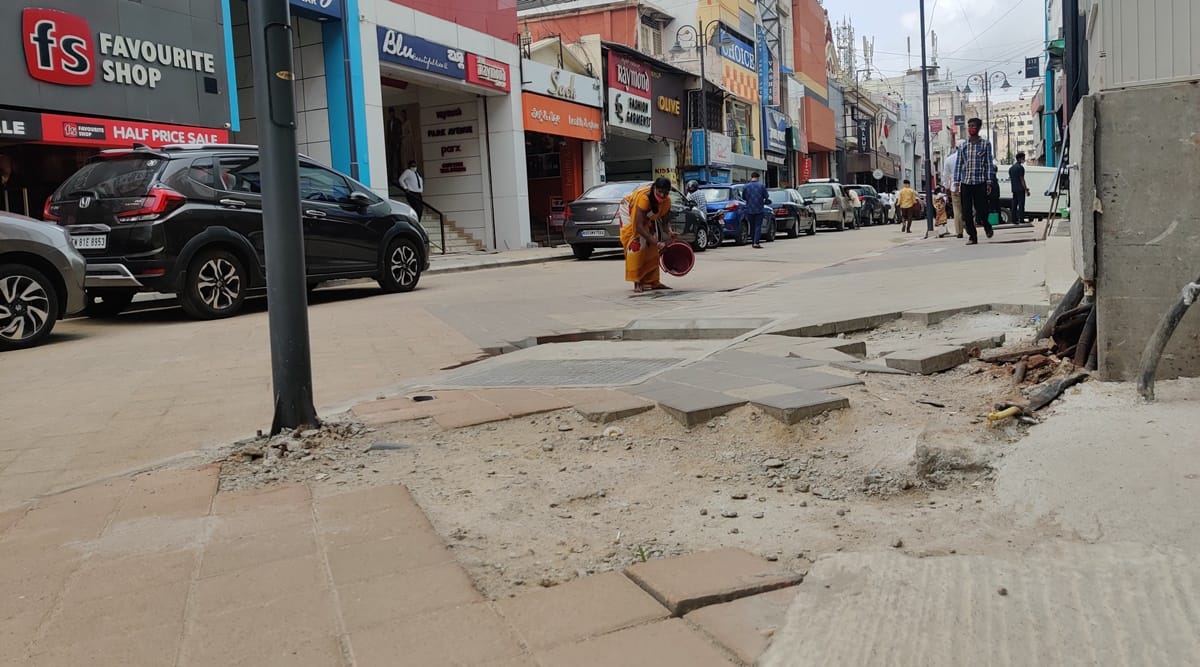 “We will take 14 days to carry out the rectification. The vehicular movement will remain unaffected except for places where the work will be carried out. The work on the pavement started on Sunday,” BSCL managing director Rajendra Cholan said.

An apparel seller at Commercial Street, Ajmal Ahmed said, “We hope that the government finishes the work soon. Last time, when Yediyurappa visited us we were hopeful of the work getting completed in time but neither the work was over nor the stretch the officials showed to the former CM could endure the rain. The pedestrians face a lot of hurdles.”

Srinivas Alavilli, Head, Civic Participation Janaagraha commented, “When there is no owner for any work such kinds of things are bound to happen. Who is responsible for wasting public money? Who is held accountable for a shoddy job? No one. Why does it happen? Because there is no accountability. What happens on Commercial Street has no bearing politically for anyone. It is just another news item that comes and goes. Expectations are lowered so badly that citizens laugh off such things as usual jokes.”