Karnataka Chief Minister Basavaraj Bommai Wednesday told the Legislative Assembly that an attempt to rape had taken place in a cab in Bengaluru. 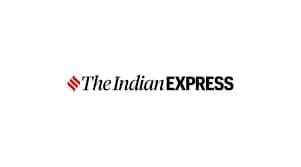 An Uber driver in Bengaluru was Wednesday arrested by the police on the charge of raping a young woman passenger. She had hired the cab in the early hours of the day to return home from a party.

Karnataka Chief Minister Basavaraj Bommai Wednesday told the Legislative Assembly that an attempt to rape had taken place in a cab in Bengaluru.

The woman fell asleep in the cab after she was picked up at around 3.30 am, police sources said.

The victim, a resident of Jharkhand, was working in Bengaluru. The accused, who hails from Andhra Pradesh, had been working in the city for two years as an Uber cab driver.

Upon reaching the destination, the accused allegedly locked the car doors and tried to take advantage of the sleeping woman, sources said. When she woke up and raised an alarm, the driver allegedly fled from the scene in the car. The woman then dialed the police control room and informed them about the incident.

The police took the woman’s statement and launched a hunt for the cab driver using the phone number that he had provided on the app.

A police team traveled to Chitoor in Andhra Pradesh since the driver had switched off his phone and was suspected to have fled to his home. He was, however, located in Bengaluru itself, the police said.

Sources said the cab driver has “admitted” to “taking advantage” of the woman.

Additional Commissioner of Police (East) S Murugan said a case of rape under Section 376 of the Indian Penal Code had been registered by the police. “We acted swiftly upon the complaint and arrested the accused. He is from Andhra Pradesh. We are questioning him thoroughly,” he said.