The TMC’s North 24 Parganas district president Jyotipriya Mullick on Thursday claimed that they have the support of 21 councillors and will soon bring in a no-confidence motion against Bhatpara Municipality board Chairman. 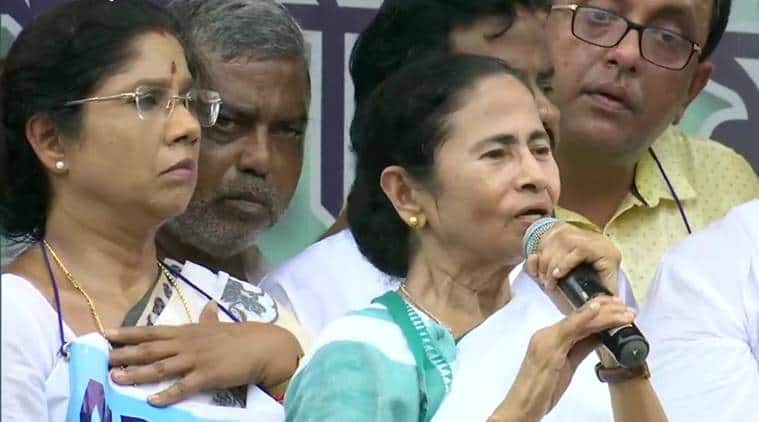 After regaining Naihati Municipality in North 24 Parganas district on Wednesday, the ruling Trinamool Congress (TMC) has now set its sight on neighbouring Bhatpara civic body, which was taken over by the BJP after Lok Sabha polls earlier this year.

The TMC’s North 24 Parganas district president Jyotipriya Mullick on Thursday claimed that they have the support of 21 councillors and will soon bring in a no-confidence motion against Bhatpara Municipality board Chairman Sourav Singh who is also a nephew of BJP MP Arjun Singh.

“About 21 BJP councillors are in touch with us. They had defected under threat and intimidation from the BJP. They want to return to our party. They have already prepared a draft of the no-confidence motion that will be brought against the civic board chairman. We will submit the motion in November,” said the TMC leader.

He added about Rs 600 crore were given to the Bhatpara Municipality by the state government for various development works. “Once we regain the civic body, we will conduct an audit to find out how the money was spent,” said Mullick.

Bhatpara Municipality was the first civic body to be taken over by the BJP in June. Before the Lok Sabha polls this year, the TMC had 34 councillors from a total of 35 wards in Bhatpara. However, after Lok Sabha polls, about 19 TMC councillors switched to BJP. Later, a few others joined the saffron party, giving effective control of the civic body to the BJP and Bhatpara became a trouble-torn area witnessing frequent violence between the two parties.

Reacting to the TMC’s claim, senior BJP leader Mukul Roy, who had played a key role in the defections, Thursday accused Chief Minister Mamata Banerjee’s party of using political and administrative powers to force the councillors to rejoin it.

“They (the councillors) had joined the BJP as they were fed up with the TMC’s functioning. Since then they are being threatened by police and goons. The TMC is now forcing them to rejoin it. The same has been done in other municipal bodies too,” he said, adding the BJP will win the next year’s civic polls in Bhatpara.

The tenure of the present civic body is till 2020, when it will go to the polls. Located in the northern fringes of Kolkata, Bhatapara municipality falls under Barrackpore Lok Sabha constituency, which is now represented by Arjun Singh of BJP.

The Trinamool Congress on Wednesday regained control over Naihati Municipality from the BJP after it registered a victory in trust vote. The TMC registered a 24-0 victory in the 31-member municipality, while the remaining seven councillors refrained from voting.