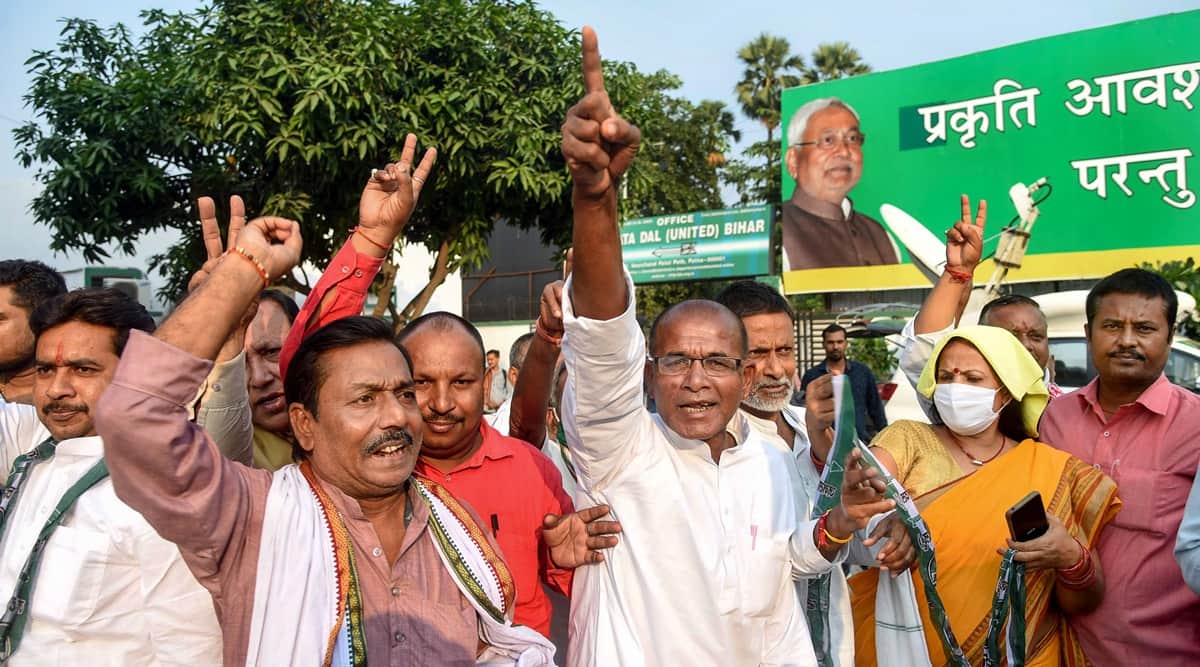 Janata Dal (United) managed to retain both seats Tarapur (Munger) and Kusheshwar Sthan (Darbhanga) in fiercely-contested Bihar Assembly bypolls with main opposition Rashtriya Janata Dal (RJD). Congress, which also contested both seats, had to forfeit its deposits. JD(U)’s tally is now 45 while NDA’s rose to 128 in the 243-member House.

This is the first time during the NDA regime in Bihar that the coalition has performed well in bypolls. RJD, however, continues to remain the single largest party with 75 seats, just one ahead of BJP.

Congress MLC Prem Chandra Mishra said: “We will have to assess why people did not support us adequately in bypolls.”