A large posse of policemen have been posted at various places in Barrackpore where the protests are taking place, an officer said. 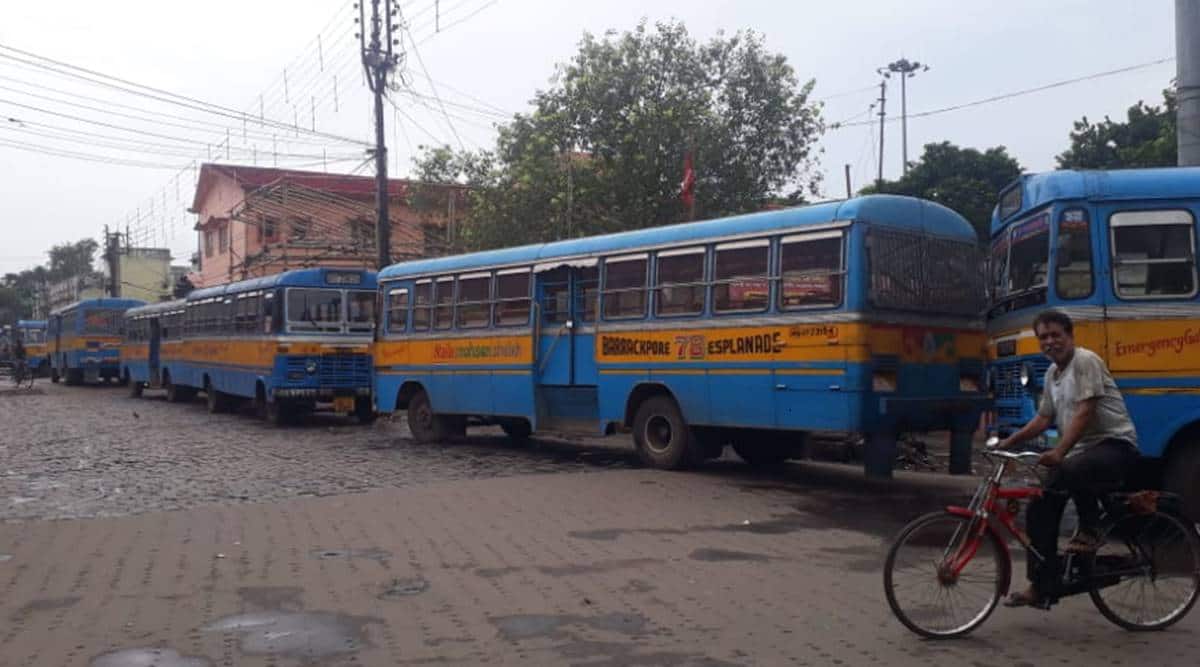 BJP activists on Monday put up road blockades in West Bengal’s North 24 Parganas district as part of a 12-hour Barrackpore bandh called by the saffron party to protest the killing of a party leader.

The BJP workers burnt tyres and blocked major thoroughfares such as Barrackpore-Barasat Road and Kalyani Expressway, bringing traffic to a complete halt in the area.

A large posse of policemen have been posted at various places in Barrackpore where the protests are taking place, an officer said.

The BJP leadership blamed the Trinamool Congress for the incident, but the ruling party has rubbished the accusation.

“It is shameful that the TMC has now started politics of annihilation of political opponents. We don’t have any faith in local police as this happened in front of the police station. We want a CBI inquiry,” BJP national general secretary Kailash Vijayvargiya said.

BJP MP Arjun Singh also held the TMC responsible for Sukla’s killing and claimed that shots were fired at him from a carbine.

Sukla, who switched over to the saffron party last year, was considered to be close to Singh.

Senior TMC leader Nirmal Ghosh said the incident was a result of infighting within the BJP and allegations against his party were baseless.

“We have started an investigation and will look at all possible angles,” a senior police officer said.

The BJP has called a 12-hour bandh in Barrackpore area on Monday in protest against the incident.

Meanwhile, Governor Jagdeep Dhankhar expressed concern over the law and order situation in the state and summoned the Additional Chief Secretary, Home, and the DGP on Monday morning.”

“ACS Home @MamataOfficial and DGP @WBPolice have been summoned at 10 am tomorrow in the wake of worsening law and order situation leading to the dastardly killing of Manish Shukla, Councillor, Titagarh Municipality in political party office,” Dhankhar said in a tweet.