Sameer’s father in his plea claimed that daily remarks, insinuations/imputations in oral or in writing, through press releases and interviews by Malik and his family members were “tortious and defamatory” 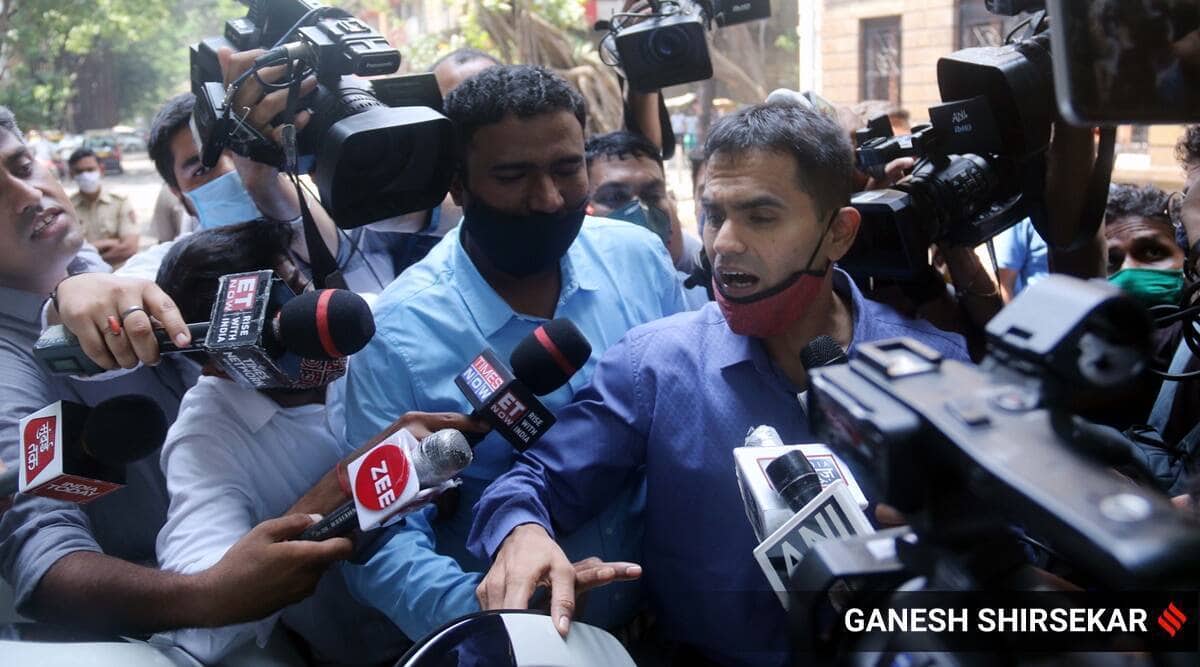 A single-judge vacation bench of Justice Madhav J Jamdar was hearing Dhyandev’s plea for interim relief, including deletion of articles, tweets, interviews in electronic and social media, and a temporary injunction restraining respondents from publishing, writing and speaking in any media on Monday.

The plea was mentioned for urgent hearing on Friday by advocates Arshad Shaikh, Ranjit Agashe, Krishnan Iyer, Vinsha Acharya, Divakar Rai and Saurabh Tamhankar before a vacation bench of Justice S J Kathawalla, who kept the matter for hearing on Monday.

The plea claimed that the entire tirade against Sameer Wankhede started only after Malik’s son-in-law, Sameer Khan, was arrested by the NCB in January under the NDPS Act for allegedly trading contraband.

Sameer’s father in his plea claimed that daily remarks, insinuations/imputations in oral or in writing, through press releases and interviews by Malik and his family members were “tortious and defamatory”. “Defendants have caused an irreparable loss, damage, harm, prejudice to the name, character, reputation and societal image of plaintiff and his family members,” the suit claimed.

Dhyandev’s lawyers said that Malik had been calling his family “fraud” and been “questioning their religious beliefs” and also destroying the practice of his daughter Yasmeen, who is a criminal lawyer and does not appear in narcotic cases.

The defamation suit sought a permanent injunction restraining Malik, his party members and all others acting under or on his instructions from publishing in any manner content or material, which is defamatory about the plaintiff and his family members.

The suit urged a direction from the court to Malik to pay the plaintiff Rs 1.25 crore as compensation for his allegedly defamatory and derogatory tweets, interviews and press releases posted on any form of media.

When the matter came up for hearing on Monday, advocate Arshad Shaikh for Dhyandev said that every day, something or other was being posted by Malik against his client and, therefore, he has moved a defamation suit. He added that the effect of defamatory statements on the Wankhede family can be seen and his client was not Dawood Wankhede as claimed by Malik. Shaikh also added that on Monday morning, Malik has posted a tweet against Sameer Wankhede’s sister-in-law and is continuing to defame the family. He (Malik) is lowering the reputation of my client in the eyes of the public, Shaikh added.

Senior advocate Atul Damle for Malik said that his client received the suit on Sunday and he had no instructions to make a statement and can demonstrate the suit was defective, adding that Dhyandev cannot speak on behalf of his adult children.

After hearing the submissions, the bench asked Malik to file a reply to the suit by Tuesday (November 9) and posted further hearing on the matter to November 10.

Konni forests to get a plan to fight disasters
Lifestyle