Anil Deshmukh had sought FIR to be quashed and set aside as same being 'arbitrary,' 'illegal' and 'malafide' to 'besmirch' his position without any incriminating material. 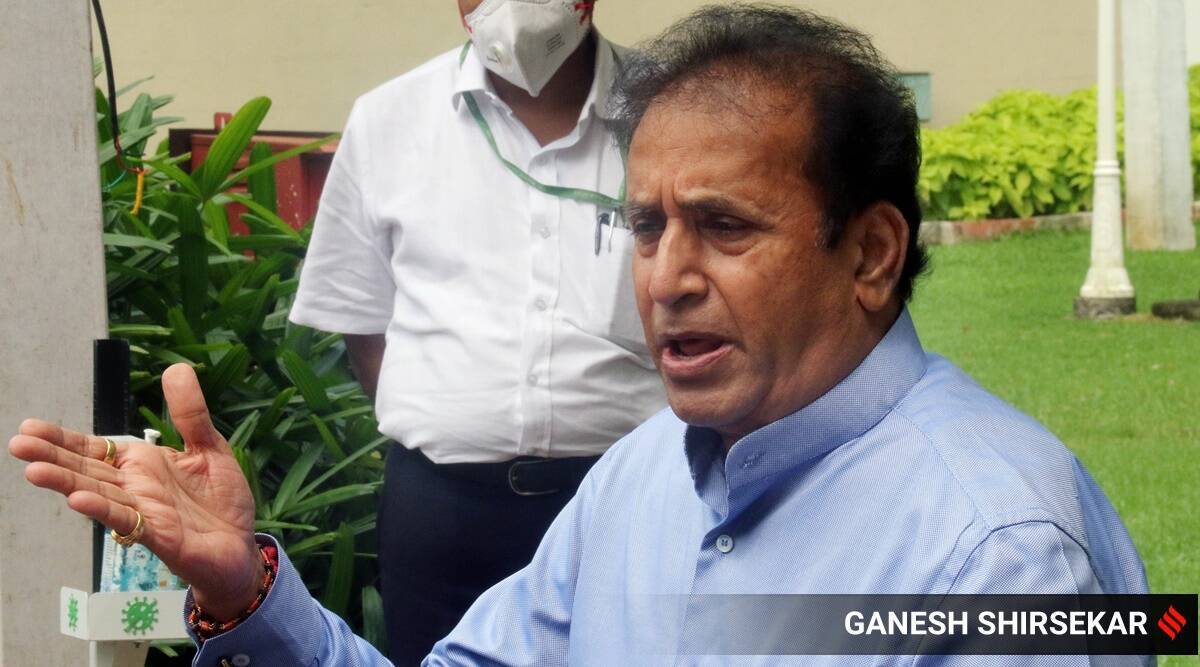 The Bombay High Court on Thursday will pronounce its judgment on the Maharashtra government’s plea seeking directions to set aside two “unnumbered paragraphs” from the corruption FIR registered by the Central Bureau of Investigation (CBI) on April 21 against former state home minister and NCP leader Anil Deshmukh and other unknown persons.

The Court will also pronounce its ruling on Anil Deshmukh’s writ petition challenging the entire CBI FIR on charges of bribery, corruption and criminal conspiracy.

Deshmukh had sought FIR to be quashed and set aside as same being ‘arbitrary,’ ‘illegal’ and ‘malafide’ to ‘besmirch’ his position without any incriminating material.

A division bench of Justice S S Shinde and Justice N J Jamadar had reserved the verdict on the state government’s petition on June 23 and began a final hearing on Deshmukh’s plea on the same day, which it concluded on July 12. The bench is likely to pass the judgements at 2.30 pm today.

Terming the case to be “unprecedented,” a division bench of HC led by Chief Justice Dipankar Datta on April 5 ordered a Preliminary Enquiry (PE) based on a complaint by lawyer Jaishri Patil, which referred to former Mumbai Police Commissioner Param Bir Singh’s March 20 letter to the Chief minister Uddhav Thackeray accusing Deshmukh and others of corruption

Hours after the HC order, Deshmukh resigned from his post.

Three days after he was removed as Mumbai Police Commissioner and posted to the Home Guards, Singh, on March 20, wrote a letter to Chief Minister Uddhav Thackeray alleging that Deshmukh asked suspended and arrested assistant police inspector Sachin Waze to collect Rs 100 crore every month, including Rs 40-50 crore from 1,750 bars and restaurants in Mumbai.

After completion of PE, the central agency registered an FIR against Deshmukh and unknown others. The state government moved a plea challenging portions of the FIR on April 30, whereas Deshmukh moved the High Court challenging the entire FIR on May 3.

The CBI, in May, this year, had made a statement that it will not act on letters it had sent to state seeking documents including a letter/report by Rashmi Shukla, alleging undue political interference in postings and transfers of officers. The statement was also reiterated from time to time.

One of the paragraphs from the FIR that the Maharashtra government challenged stated that “the central agency in its Preliminary Enquiry (PE) had found that former state home minister Anil Deshmukh was aware of the reinstatement of now suspended and arrested assistant police inspector (API) Sachin Waze into the police after 15 years and sensitive and sensational cases being given to Waze for investigation”.

Waze is being probed by the NIA for his alleged role in the Ambani house terror scare case and the murder of businessman Mansukh Hiran.

The second “unnumbered paragraph” stated that Deshmukh and others exercised “undue influence” over the transfer and postings of police officers.

The plea filed by the state government on April 30 said that inserting said two paragraphs was “to find out some material enabling opposition parties in the state to try and destabilize the present government in Maharashtra” and the same was not as per the mandate of April 5 HC order.

The CBI had denied allegations in both the pleas and sought their dismissals claiming that the probe was as per the April 5 order and therefore prior approvals of state were not needed and a holistic probe was required to unearth large scale corruption to instil ‘public confidence’.