Based on a tip off, the police nabbed the four persons who could not produce valid documents to reveal the source of cash. 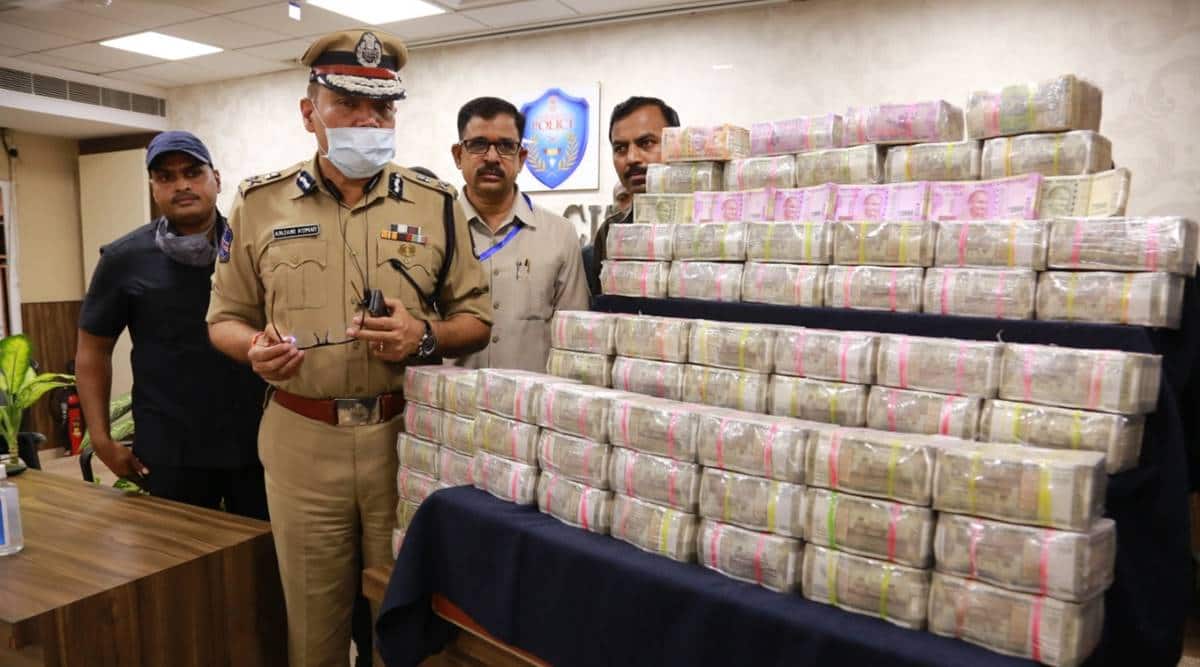 Unaccounted cash worth Rs 3.75 crore was seized by the Hyderabad police Tuesday after cops found four men transporting the amount in two cars near Banjara Hills. Based on a tip off, the police nabbed the four persons who could not produce valid documents to reveal the source of cash.

Police commissioner Anjani Kumar told the press that the accused worked for one Kamlesh Shah of Ahmedabad and are employees of the Banjara Hills branch of P Vijay & Company headquartered in Mumbai.

The accused, identified Eshwar Dileepji Solanki (29) and Harish Ram Bhai Patel (35) worked as drivers whereas Ajith Singh R Dodiya(34) and Rathod Kanak Singh Natubha(43) were office boys at the Hyderabad branch of the company. All are natives of Gujarat.

According to the police, Eshwar and Harish came to Hyderabad on Monday to collect cash from Dinesh and Giri, who are in charge of their Hyderabad branch. After collecting the cash, they were proceeding in two vehicles to Solapur when they were nabbed by the West Zone Task Force police of Hyderabad police in the city.

“The cash amounting to Rs 3,75,30,000 will be handed over to the Income Tax department for necessary action. The I-T department will further examine the accused,” said the police commissioner.