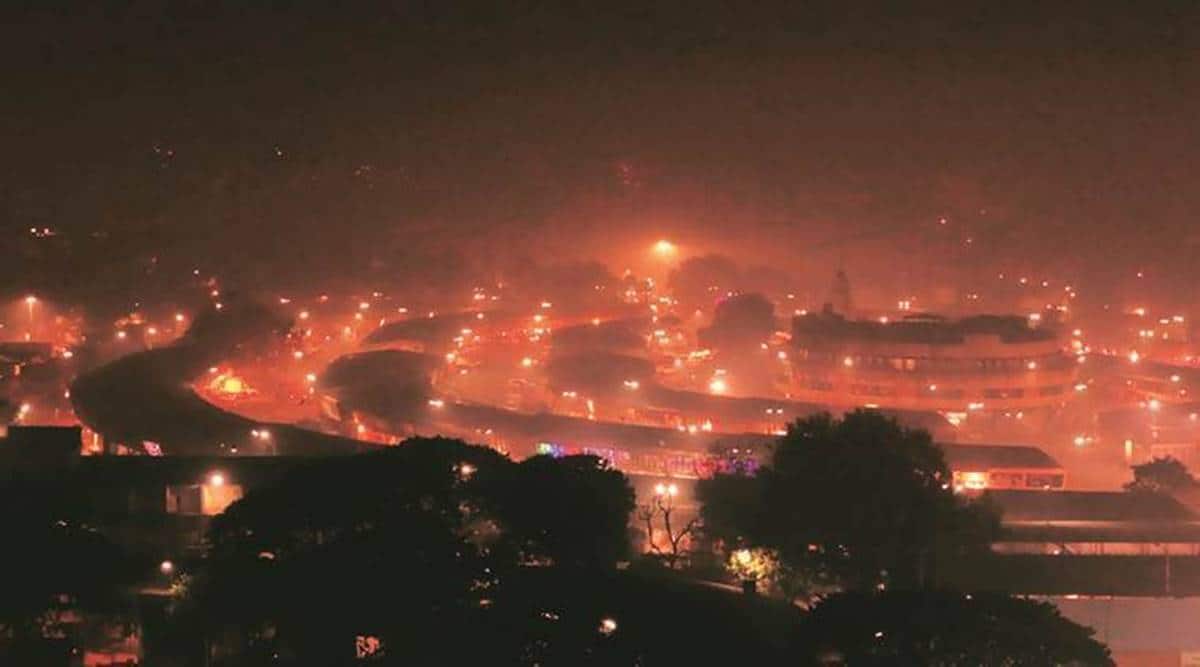 Higher concentration of Particulate Matter 2.5 (PM2.5) has been found in central and south Mumbai in comparison to western suburbs between June 2019 and May 2020.

The findings were shared by the World Resource Institute (WRI) in a public consultation webinar held on Monday on air pollution as part of the Mumbai Climate Action Plan (MCAP). The WRI is assisting BMC in the preparation of the action plan ahead of the 2021 United Nations climate change conference. Monday’s webinar is a part of a six-part public consultation.

However, the levels were at least 1.5 times above the standard limit. The standard annual limit for the Respirable Suspended Particulate Matter (RSPM) or PM10 concentration is 60 µg/m3.

A draft interim report on Emission Inventory and Source Apportionment Study for Mumbai, submitted by the National Environmental Engineering Research Institute (NEERI) in January, had stated that paved and unpaved road dust is responsible for 71 per cent of the emission load of particulate matter in Mumbai.

In the webinar, WRI suggested identifying local air quality issues and critical and vulnerable administrative wards in the city, health risk assessment and creation of a ward-level planning map. The experts with various government sectors and organisations working in the field of air pollution suggested a multi-pollutant and multi-sector approach in combating pollution levels.

“First, we should update the emission inventory, which was last conducted in 2015. The emission inventory, along with weather forecasts of every one square km area in the region, will give us a forecast for hotspots every three days that remains valid for almost a week. It can be further improved to 400mX400m resolution. This will be actionable data and weekly hotspots and mitigation measures can be taken accordingly in these areas. A similar project is already underway in Delhi,” he added.

Anumita Roychowdhury, executive director at Centre for Science and Environment, suggested measures to control construction and demolition waste. “First, we need to quantify the waste and maximise recycling, which will help in reducing carbon emissions. All construction activities in the city, including buildings, roads and Metro, should have a comprehensive waste management plan.”

Over the next three days, the BMC will host similar online consultations in the sectors of energy efficiency in buildings, sustainable mobility, urban greening and biodiversity as well as urban flooding and water resources management. People can also send their suggestions, objections and recommendations on the portal mcap.mcgm.gov.in till September 20.