On May 4, however, the Delhi government had submitted a report before the Delhi High Court stating that the death of 21 patients at north Delhi’s Jaipur Golden Hospital on April 23-24 was not due to lack of medical oxygen. 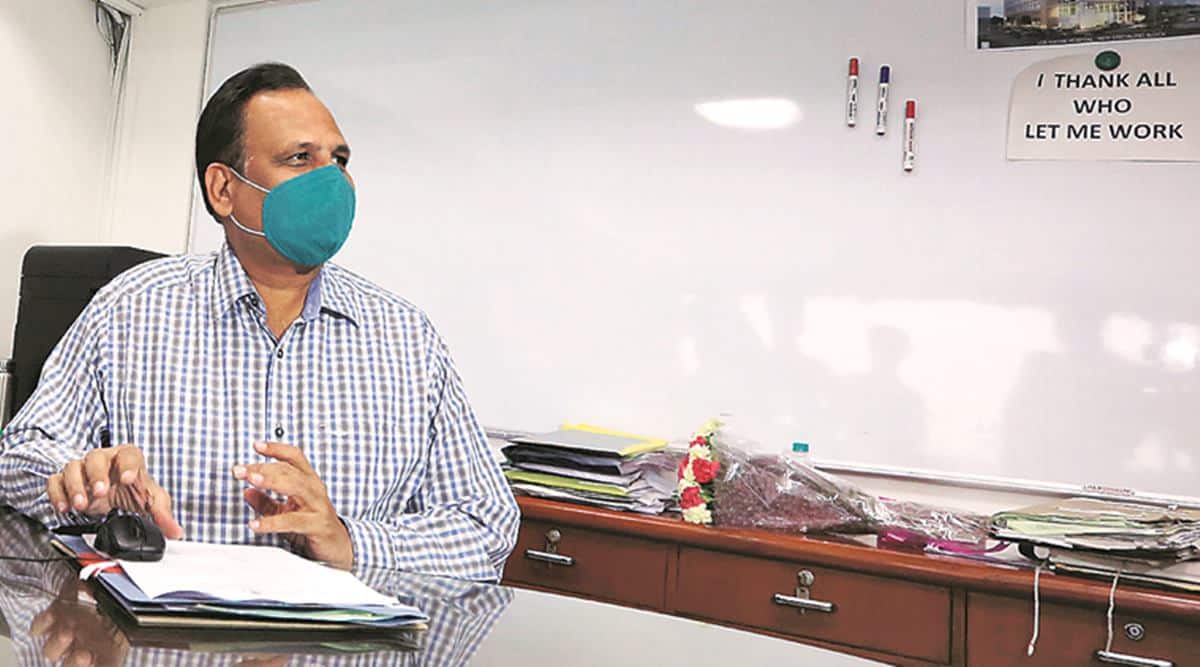 Delhi Health Minister Satyendar Jain on Wednesday lashed out at the Central government’s submission that no death due to lack of oxygen has been specifically reported by states and union territories.

“After a few days, they [the Centre] will soon say that Covid-19 was never there. If there were no deaths due to lack of oxygen, why were hospitals going to the High Court every day regarding shortages? This is completely false… Lots of people died [of lack of oxygen]… The media was showing live that these deaths were happening, it was being printed in newspapers and it was true,” he said, speaking to reporters on Wednesday.

On May 4, however, the Delhi government had submitted a report before the Delhi High Court stating that the death of 21 patients at north Delhi’s Jaipur Golden Hospital on April 23-24 was not due to lack of medical oxygen.

The government had on April 28 constituted a four-member committee to ascertain the number of deaths due to shortage of oxygen in hospitals across the national capital following a direction by the high court on April 27. Submitting its inquiry report before a bench of justices Vipin Sanghi and Rekha Palli, the committee stated that almost all the patients were already very sick to critical either from the time of submission or during the course of hospital stay even prior to the evening of April 23.

In a written reply in the Rajya Sabha, Union Minister of State for Health and Family Welfare Bharati Pravin Pawar had said, “Detailed guidelines for reporting of deaths have been issued by the Union Health Ministry to all states/UTs. Accordingly, all states/UTs report cases and deaths to the Union Health Ministry on a regular basis. However, no deaths due to lack of oxygen has been specifically reported by the states/UTs.”

Jain alleged that the Centre had actively obstructed Delhi’s attempts to maintain a record of such deaths.

“We had formed an audit committee to compile complete data of every death caused by lack of oxygen and to give them compensation of Rs. 5 lakh, which the Central Government stopped through the Lieutenant-Governor. And I think the reason for this was so that they could say later that there were no deaths… Tomorrow they will say that there were no deaths in Delhi and the country because of COVID,” he said.

He also stated that there is no regular mechanism to report such deaths to the Centre.

“All the information is given to the Centre through the COWIN software, and in that portal, there is no field which asks for information on deaths caused by lack of oxygen… This politics is very wrong. People have lost members of their families, it is very tragic. Even while there is oxygen in the country, because of no supply of oxygen there was a shortage and people died in several parts of the country. The government shouldn’t rub salt on wounds,” he said.

BJP spokesperson Sambit Patra, meanwhile, said in a press conference on Wednesday that states had not sent any details or numbers regarding the deaths of people due to the lack of oxygen.

“No one said that there were deaths due to the lack of oxygen in their state,” he said.