A statement issued by the BJP said the party's councillors "stand with the party like a true soldier". A revolt had taken place in the Chandigarh after councillor Ravi Kant Sharma was declared as party’s official candidate for the post of mayor. 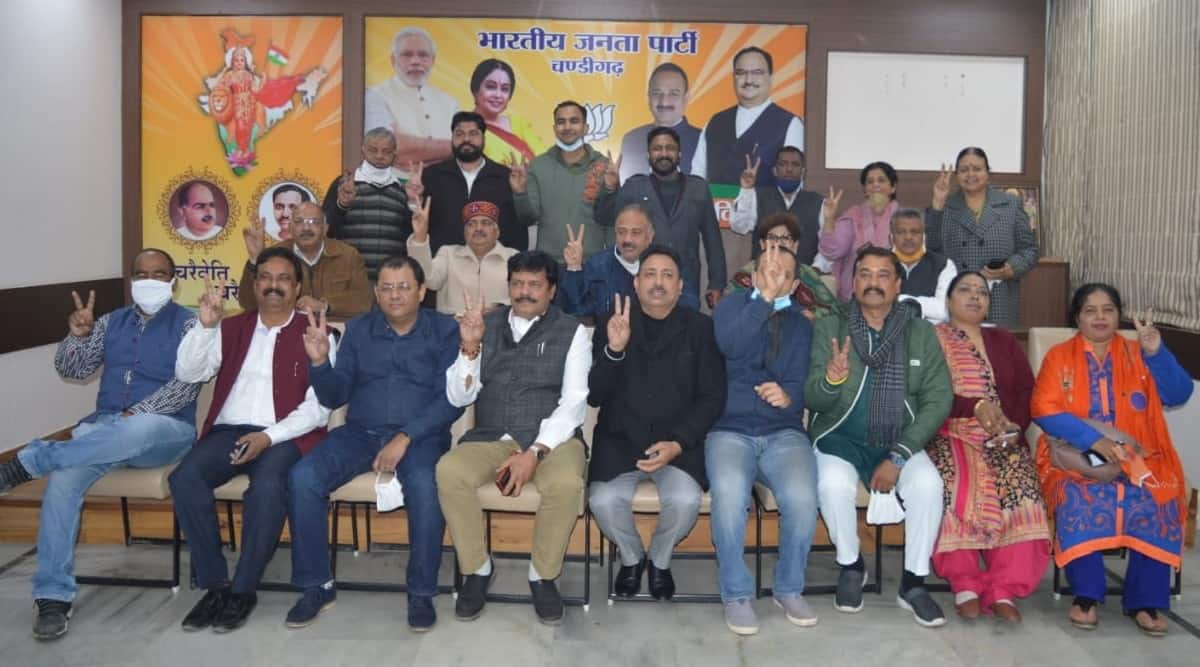 Two days after the revolt was witnessed in the BJP due to the announcement of mayoral candidates, the party went on to show unity by convening a meeting of all party councillors on Wednesday evening.

Pictures of their meeting were released which showed councillors Bharat Kumar and Chanderwati Shukla in attendance.

The meeting was held at party office “Kamalam” to decide a strategy for the mayoral election.

The BJP said that due to COVID, councillor Heera Negi was admitted to hospital, so she could not attend the meeting.

“She will participate on the voting day on January 8. Apart from this, if the doctors are satisfied with the health of Chandigarh MP Kirron Kher, then she will also come to cast her vote on the polling day,” said a statement issued by the BJP.

“On the other hand, in today’s meeting, various aspects were discussed to ensure 100 per cent victory of the BJP candidates for the three posts. BJP activists are like the backbone of the party. All the councillors of the party stand with the party like a true soldier. On the call of state president Arun Sood, all the councillors raised their voices together and said that the candidates for the post of Mayor, Senior Deputy Mayor and Deputy Mayor will win by an absolute majority. Congress candidates will have to face a big defeat during the election,” the statement added.

How Beijing turned China’s COVID-19 tragedy to its advantage

Thiruvananthapuram sees a spike in cases as 522 test positive
Lifestyle

U.S. charges Texas man with threatening to ‘assassinate’ Rep. Ocasio-Cortez
We and our partners use cookies on this site to improve our service, perform analytics, personalize advertising, measure advertising performance, and remember website preferences.Ok