An IMD forecast said an upper air circulation up to the height of 3.1km over north Tamil Nadu and the adjoining coastal areas had triggered the rainfall activity. 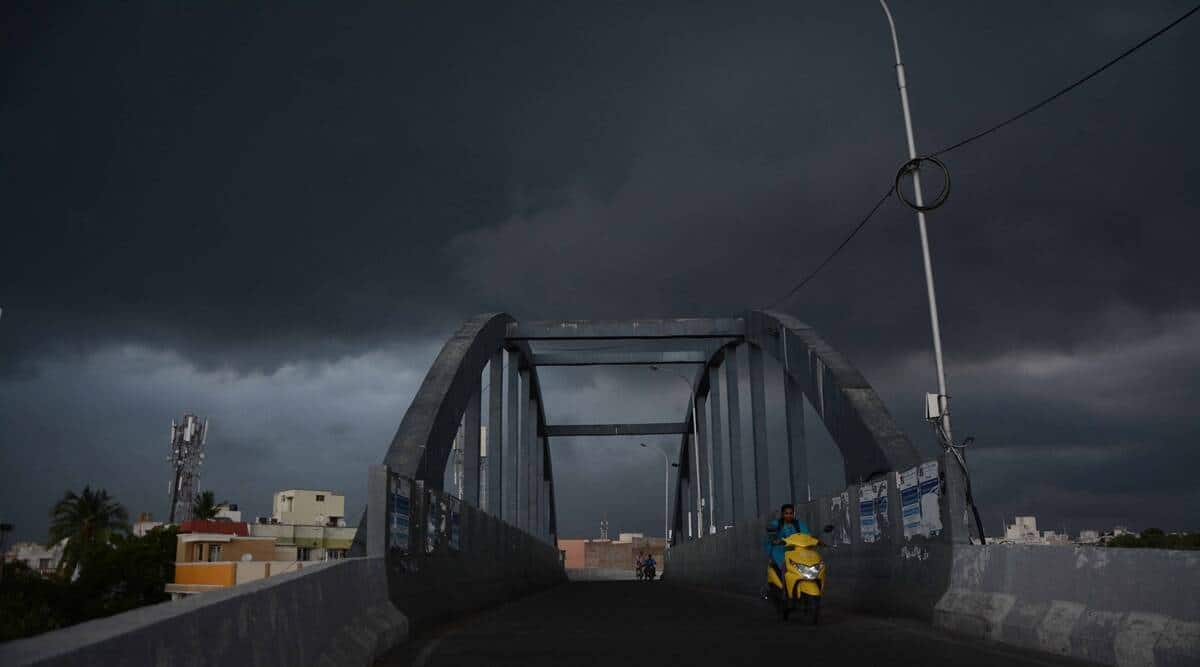 Heavy rain lashed Chennai and its surrounding suburbs on Saturday night and Sunday, leading to massive flooding in the Tamil Nadu capital.

The observatories at Nungambakkam in Chennai and Meenambakkam in the suburbs recorded 21.5 cm and 11.3 cm of rain respectively, as of 8.30am Sunday — making it the heaviest rain that the region has reported since 2015.

An IMD forecast said an upper air circulation up to the height of 3.1km over north Tamil Nadu and the adjoining coastal areas had triggered the rainfall activity. With the IMD forecast predicting heavy rain for the next 48 hours, the state government has declared a two-day holiday for all schools and colleges in Chennai city and three neighbouring districts.

Chief Minister M K Stalin on Sunday said 12 districts including Chennai had been affected by the rain, and said that he has directed all ministers and DMK MPs and MLAs to help with relief efforts. He also said that the government machinery was working overtime to ensure compensation for victims, about 50,000 food packets had been distributed across 44 rehabilitation centres as of Sunday afternoon.

The heavy rains also led to the release of water from three major lakes in the city region, including the Chembarambakkam lake by Sunday afternoon. Poondi and Red Hills were two other reservoirs that released water on Sunday. People living on the banks of Adyar river were told to be on alert.

The state government has already readied over 150 rehabilitation centres, and has sent NDRF teams to Madurai and Cuddalore, and said that about 900 fire and rescue services personnel were on standby for emergencies.

This year, Chennai and its suburbs have received 48.01 cm of rain between October 1 and November 7, against a normal of 38.15 cm for the same period.