Expressing shock over the incident, Opposition leader in state assembly Devendra Fadnavis demanded a thorough investigation in the matter, and action against those responsible. 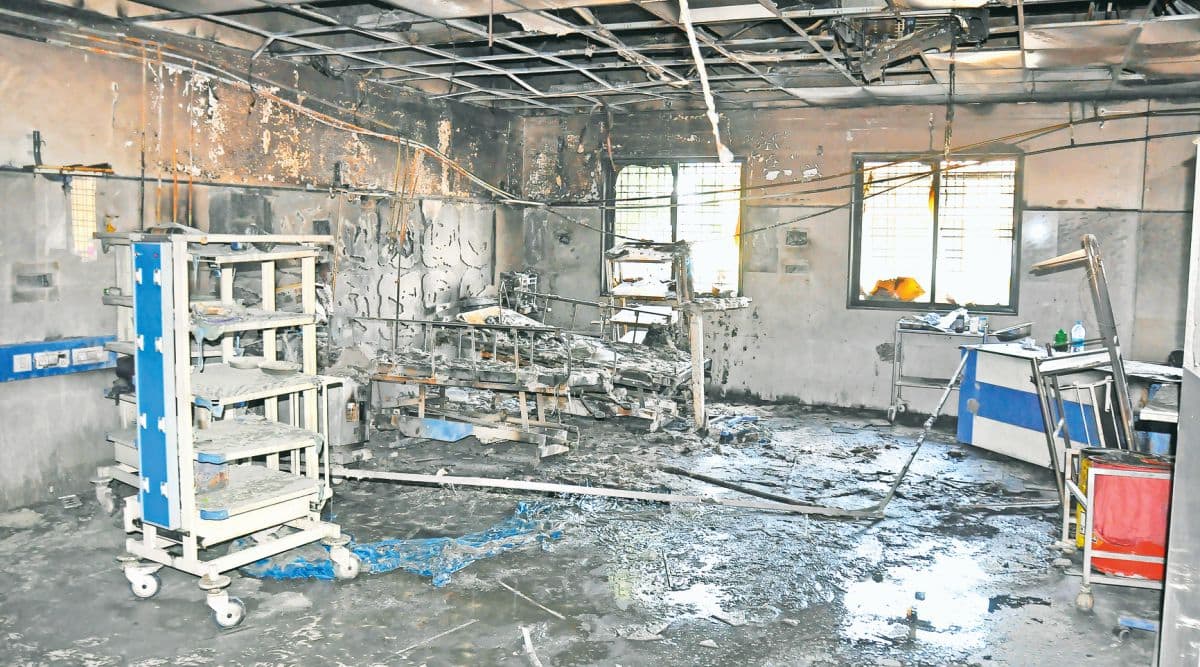 Chief Minister Uddhav Thackeray on Saturday ordered investigation in the fire incident, which led to the death of 11 Covid-19 patients admitted at the intensive care unit (ICU) of Ahmednagar district hospital in Maharashtra on Saturday.

Expressing his condolences, Thackeray said he has ordered a thorough inquiry in the matter, adding stern action will be taken against those responsible for the negligence.

Earlier in the day, as news of the blaze came in, Thackeray spoke to Guardian Minister Hasan Mushrif and Chief Secretary Sitaram Kunte, instructing them to closely monitor the situation and provide necessary help. He asked them to ensure the patients faced no problem in getting treatment.

He also directed the District Collector to conduct a thorough inquiry into the accident and submit a report.

Meanwhile, Maharashtra Governor Bhagat Singh Koshyari expressed anguish over the death of the patients in the fire. In a message sent from Uttarakhand, where he is on a tour, Koshyari said: “I am deeply anguished by the unfortunate incident of fire in the ICU ward of the district hospital in Ahmednagar in which some innocent patients lost their lives. I offer my prayers for the departed souls and convey my condolences to the next of the deceased. Also wishing speedy recovery to the injured.”

Expressing shock over the incident, Opposition leader in state assembly Devendra Fadnavis demanded a thorough investigation in the matter, and action against those responsible.

Fadnavis said, “I offer my deepest condolences to the families who lost their loved ones in Ahmednagar Civil Hospital ICU fire incident. It is a very shocking and disturbing incident. Chief minister Uddhav Thackeray should order a thorough investigation into the incident. If anybody is found responsible for any lapses, they should be punished.”

State Bharatiya Janata Party (BJP) president Chandrakant Patil said, “The state government should provide immediate help to the families of those who lost their lives in the fire incident. Necessary help should be extended to those who are injured in the incident.”

Opposition leader in state council Pravin Darekar said, “The recurring fire incidents in state hospitals are a cause of serious concern. And the government should not treat these incidents casually. The administration will have to put in place some concrete mechanism to avert such fire mishaps in hospitals.”

Darekar said, “Almost 10 infants lost their lives in Bhandara Civil Hospital after fire broke out earlier this year. It was followed by another fire mishap at Virar Hospital. After that there was oxygen leakage at Nashik Hospital. Today, we are confronted with Ahmednagar hospital fire incident that lead to death of patients undergoing Covid treatment in ICU.”

After every such incident the CM orders probe but this is not enough, he said. “The state government should act sternly on lapses. And it should also provide some lasting solutions to ensure such incidents don’t occur again,” he said.