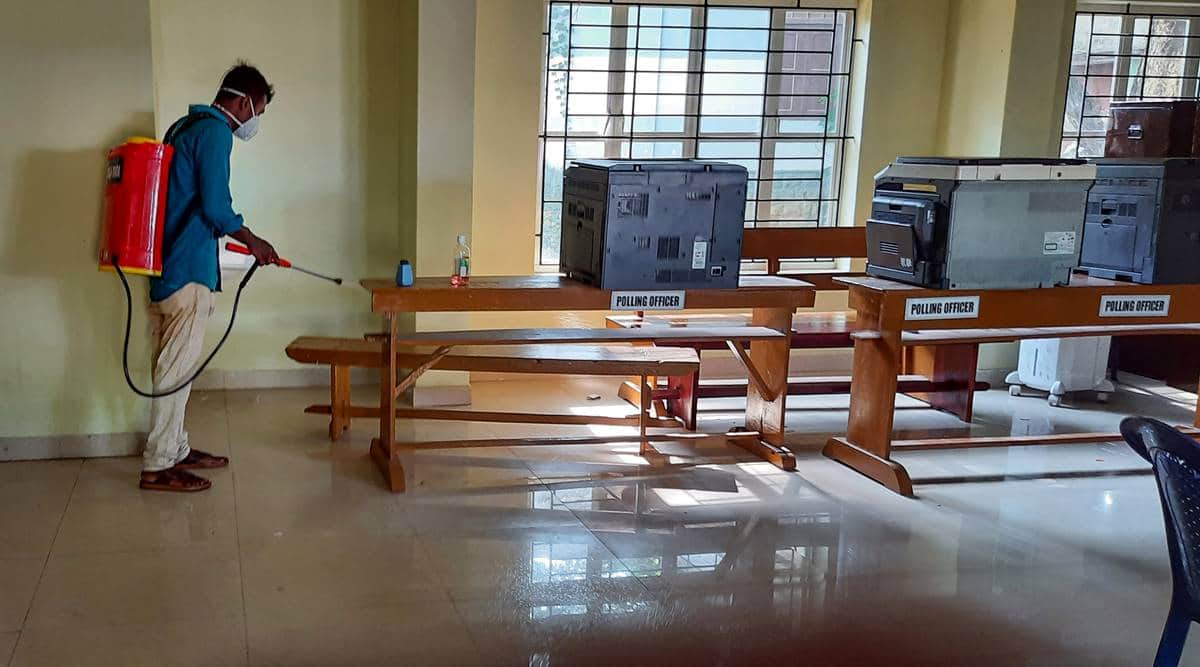 Counting of votes for the Panchayat polls in Uttar Pradesh got underway across the state on Sunday. Officials said that the final results are expected to be out on Monday evening.

Several photographs and videos of Covid protocol purportedly being ‘breached’ on Sunday during counting of votes were shared on social media. Speaking on Sunday evening, UP ADG (Law and Order) Prashant Kumar said, “Counting was peaceful today. But there have been some incidents of breach of COVID protocol. We have taken cognizance of such incidents, and will take strict action. We will lodge FIRs against those who breached protocol.

On April 27, the Allahabad High Court issued notices to the UP State Election Commission seeking an explanation by the next date of hearing on May 3 “as to why it failed in checking non-compliance of Covid guidelines during various phases of the panchayat elections held recently and why action may not be taken against it and its officials for the same and to prosecute those responsible for such violations”.