As part of its measures to control the spread, Chennai Corporation first carried out random testing for traders at the complex itself and the traders, helpers, drivers were inoculated later. 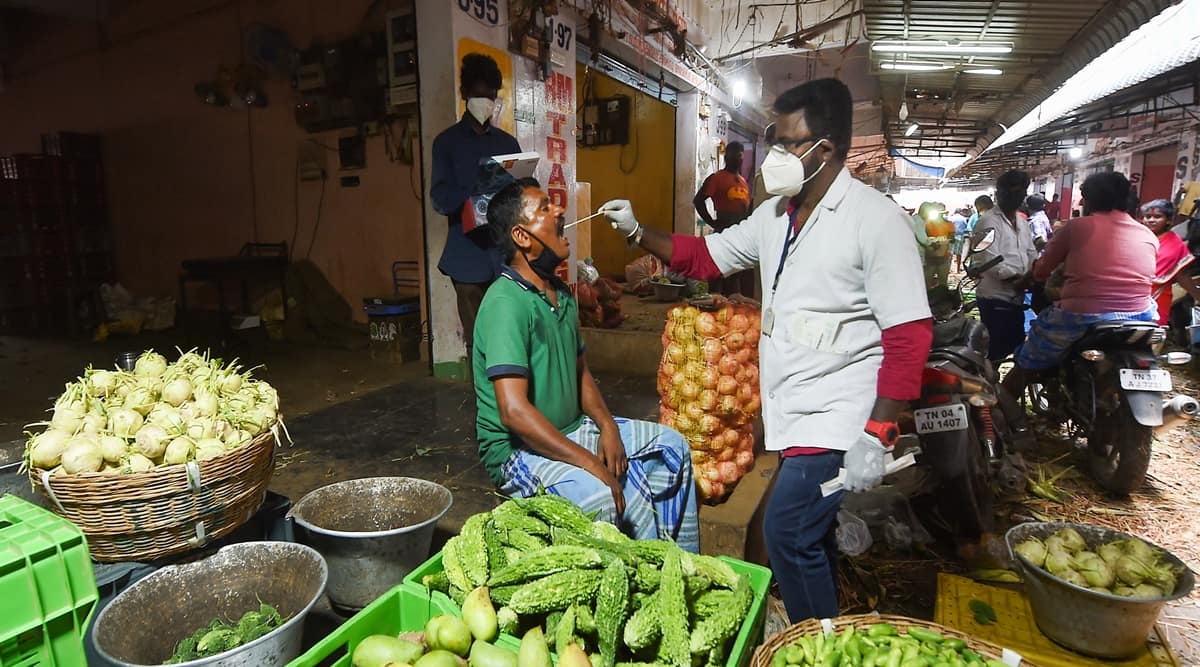 The Greater Chennai Corporation has stepped up the Covid-19 vaccination drive in the Koyambedu wholesale market, one of the largest perishable markets in Asia.

As part of its measures to control the spread, Chennai Corporation first carried out random testing for traders at the complex itself and the traders, helpers, drivers were inoculated later.

The market was closed in May 2020 after it became the epicentre of the largest cluster of Covid-19 in the state. The cluster accounted for more than 4,000 cases not just in Chennai but also in other districts like Chengalpattu, TIruvallur, Ariyalur, and even in border areas.

The then chief minister Edappadi K Palaniswami had blamed the vendors for not cooperating with the government while overcrowding and lack of awareness were cited as the reasons for the spread.

The market remained closed for a brief period and then reopened in September with certain restrictions.

Currently, the government is allowing only wholesale and 30 per cent of semi-wholesale shops to function and instructed them to strictly adhere to the Covid-19 protocols.

Speaking to Indianexpress.com, S Govindarajan, CEO of the Market Management Committee, said that they are planning to vaccinate all the workers in the next few days. “Chennai Corporation Commissioner informed us that all should be vaccinated in 10 days. We visited every shop and informed them that corporation officials will set up camps in two or three places for vaccination. The traders association helped us a lot, they were told by the Commissioner that if their workers are not vaccinated, they won’t be allowed to work here,” he said.

Spreading the net far and wide

Govindarajan added that there was initial hesitancy among workers, but with the help of civic officials, they were able to convince them. “There were reports if vaccinated, they cannot consume alcohol. And the vaccine stocks were less for those in the 18-45 age group, so only owners and others were vaccinated and that’s the reason behind the fall in the number of vaccinations initially.

“But now, the special campaign has helped people below 44 years of age, who are present in large numbers here. Approximately 15,000 -17,000 people are working here, we have reached close to 10,000 now and in a few more days, we will be able to cover everyone,” he said.