The Karnataka government was forced to stop vaccinations for people in the 18-44 age group on May 14 on account of availability of only 11.24 lakh doses of vaccines for nearly 19.97 lakh persons above the age of 45, who are currently due for their second doses. 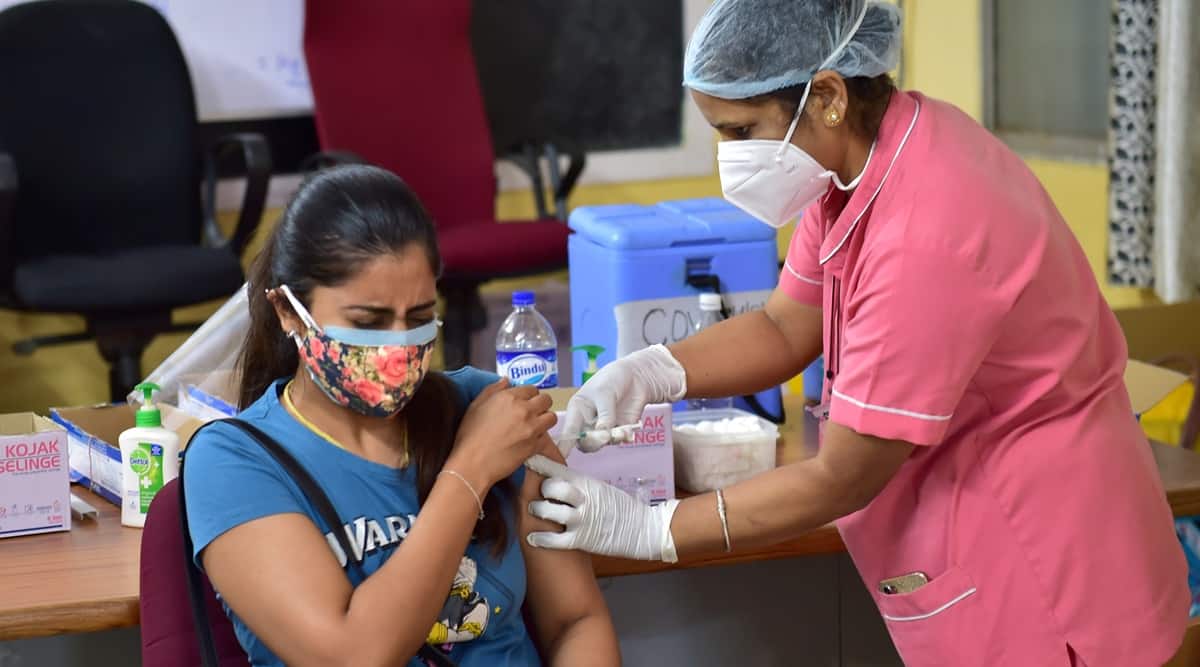 The Karnataka health department has decided to resume first dose vaccinations for the 18-44 age group from May 22, but the drive will be restricted to certain categories of frontline workers alone and will utilise vaccine supplies purchased by the state.

The resumption of vaccination for the 18-44 age group — halted on May 14 on account of shortage of vaccines to provide second doses to the 45-plus age group — was announced in a May 20 order of the director of the National Health Mission in Karnataka, Dr Arundhathi Chandrashekhar, to state officials asking them to prepare to vaccinate frontline workers.

The list of frontline workers in the 18-44 age group, who will be eligible to receive the vaccines, features families of healthcare workers, workers at crematoriums and burial grounds, prisoners and the differently abled for the first time in Karnataka.

Healthcare workers have in recent days expressed concern over the lack of vaccination for their nearest family members with whom they reside.

“Only the vaccines that have been purchased by the state government for vaccinating the 18-44 age group must be used for implementing these vaccinations,” the NHM director has said in the May 20 directive to district and urban officials around Karnataka.

Meanwhile, the Karnataka High Court has asked the state government to come up with a rational policy to provide the second dose of vaccine to people in the state and asked the Centre and state to consider the possibility of stopping the first dose vaccinations for the 18-44 group in the private sector as in the government sector due to vaccine shortage.

“When there is an acute shortage of the second dose, the state government will have to come out with an appropriate policy for administration of the second dose which should be a rational and fair policy,” a division bench of the Karnataka High Court has stated.

“Now that the state government has taken a stand that except for the frontline workers and health workers, no one will get the first dose, the question is whether private agencies can be permitted to administer the first dose,” the high court stated.

“We also make it clear that even the central government will have to take a stand on this issue whether in the context of the situation prevailing in the state of Karnataka, the private agencies can be permitted to administer the first dose of vaccine,” the bench said.

“When we are dealing with the aforesaid two aspects, we are directly dealing with not only the issue of violation of the right to health, but also violation of Article 14 of the Constitution of India,” a division bench headed by Chief Justice Abhay Sreenivas Oka said.

The court further said that the state must not create a situation where those above the age of 60 do not get their second dose of the vaccine while those in the 44-60 age group get the second dose.

The Karnataka government was forced to stop vaccinations for people in the 18-44 age group on May 14 on account of availability of only 11.24 lakh doses of vaccines for nearly 19.97 lakh persons above the age of 45, who are currently due for their second doses. There were a total of nearly 65 lakh people awaiting the second dose in the state last week.

Karnataka health minister K Sudhakar announced that the state would soon get two lakh doses of Covishield on Friday from orders placed by the state.

“So far we have received 1.24 crore including 1.13 crore from GoI and 10.94 lakh from state procurement,” the health minister said.