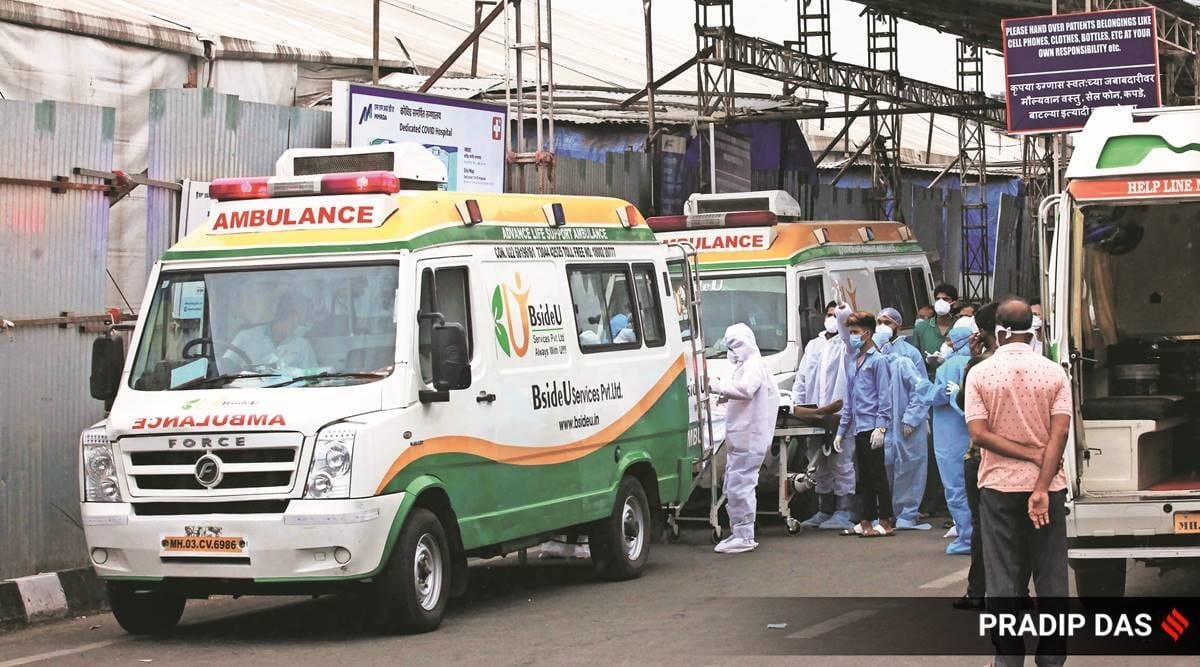 The Aurangabad bench of the Bombay High Court recently took “serious cognizance” of news reports stating that ambulance services in rural areas meant for the “poorest of the poor” Covid patients were being used for profiteering by the service providers in violation of the cap on charges.

A division bench of Justices Ravindra V Ghuge and Bhalchandra U Debadwar passed directions on May 28 while hearing a suo motu PIL based on news reports, to address issues of funeral rites of Covid-19 patients, shortage of medical oxygen, lack of supply of essential equipment in hospitals and black marketing of antiviral drugs, medical facilities among others.

Chief Public Prosecutor D R Kale for the state government responded to the issue of scarcity of ambulances and overcharging by operators in view of the spike in Covid-19 cases in rural areas. He submitted that the rates for services of state-owned ambulances as well those provided by NGOs are being regulated.

The state submitted that every Primary Health Care (PHC) Centre has ambulances and specific drivers, whose details are intimated to Auxiliary Nurse Midwife, Asha workers and Multipurpose Health Workers (MHW), which are available in each village.

The bench also referred to news reports submitted by Advocate Satyajeet S Bora, appointed as Amicus Curiae to assist the court in the case, which stated that drivers of some ambulances appeared arrogant and were overcharging relatives of patients.

The court directed the authorities to ensure “drivers without serious vices” are deployed on ambulances to avoid such malpractices and a record of persons transported and amount charged for services be maintained.

“Any errant driver of such ambulances provided by the state shall be dealt with strictly and those drivers deployed on ambulances belonging to the NGOs, in the event of misbehaviour, would make the NGO liable for deregistration,” the HC said.

Amicus Curiae Bora also submitted another news report based on a sting operation in which discussions between ambulance operators were published, indicating the operators are “openly demanding multifold times of the rates approved by state government and causing difficulties to relatives of patients”.

The court was informed that the Regional Transport Authority can prescribe and regulate fare to be paid by taxis and ambulances under Maharashtra Motor Vehicles Rules and deal with complaints pertaining to overcharging.

The HC will hear the PIL next on June 2.