Police said that while they are looking into the accident, they have not found any evidence to substantiate the man's claim about being told to chant the slogan. 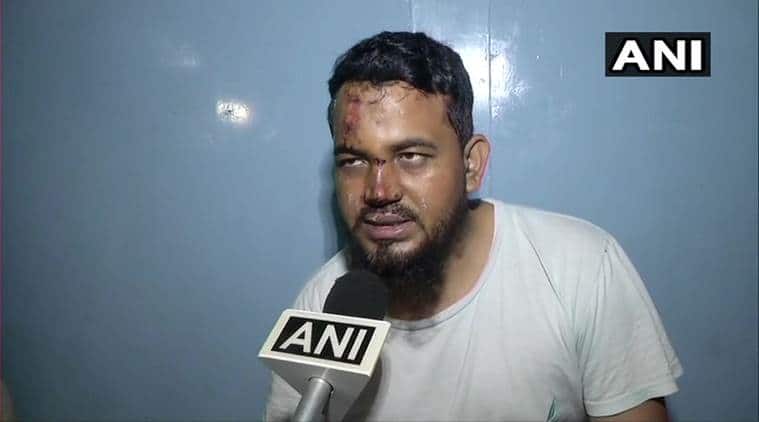 A 40-year-old cleric, who teaches at a madrasa, has alleged he was hit by a car in Rohini after he refused to chant ‘Jai Shri Ram’. Police said that while they are looking into the accident, they have not found any evidence to substantiate the man’s claim about being told to chant the slogan. A case has been registered under IPC sections 337 (causing hurt by endangering life or personal safety) and 279 (rash driving).

“We received a call on June 20 night about an accident in Rohini’s Aman Vihar. We rushed to the spot and saw a man was injured; he was taken to the Sanjay Gandhi hospital. The next day, he gave a statement to police that three men in a car had told him to chant ‘Jai Shri Ram’, and when he didn’t, they hit him with their vehicle, injuring his head, face and hands,” said DCP (Rohini) Shank Dhar Mishra.

Maulana Momin was discharged from the hospital the following day. Speaking to The Indian Express, he claimed, “I was taking a stroll outside the madrasa when three men inside a car called out to me. They asked me to chant ‘Jai Shri Ram’, I refused to do so. They started abusing me but I ignored them and started walking back to the madrasa. Suddenly, I was hit by the vehicle, and I fell near the footpath as the men fled. After some time, two-three people came to help me.”

The DCP said: “We are not sure of any such altercation as claimed by Momin. Eyewitnesses said none of them witnessed an altercation before the accident. We are looking for CCTV footage to identify the accused.” However, Momin claimed there was nobody on the street when the men in the car approached him.