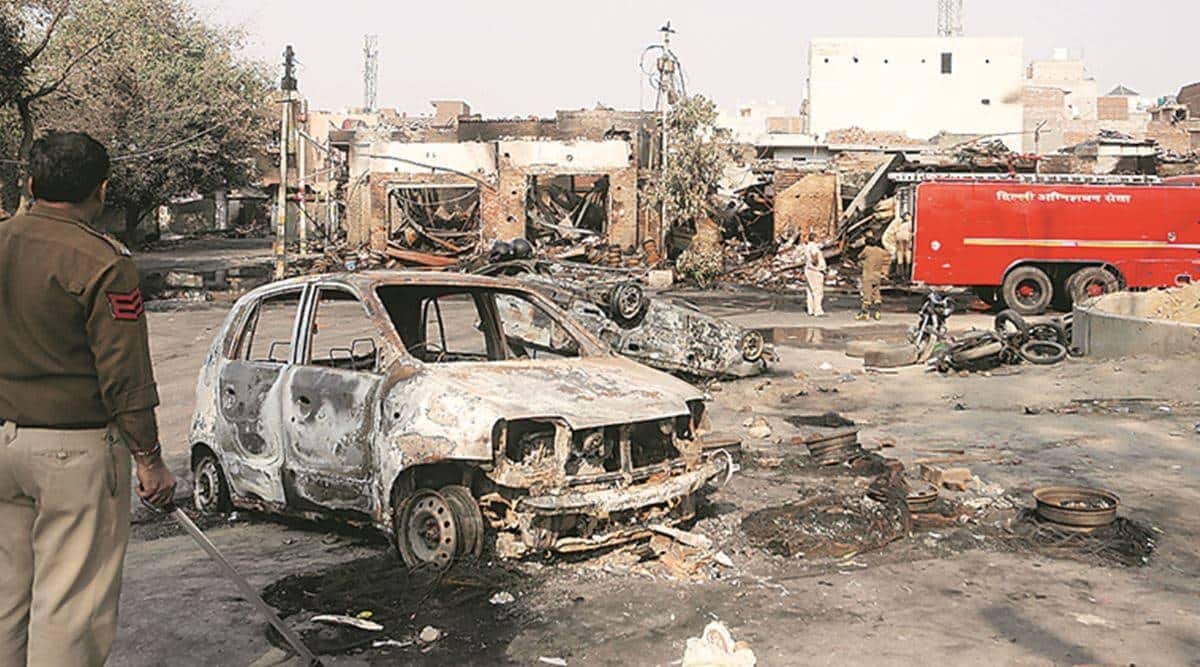 Upset over the delay in trial, a Delhi court, in two separate orders related to the Northeast Delhi riots, has pulled up the Delhi Police for its “lackadaisical attitude”, failure in “supervisory duties”, and trying to avoid “taking responsibility”. Chief Metropolitan Magistrate Arun Kumar Garg passed the orders Monday, directing the Delhi Police Commissioner to take appropriate measures to expedite the investigation in these cases.

In both cases, the houses of two persons were destroyed by a mob. In one, the complainant stated that he had saved money and stocked gold for his children’s wedding which was looted, and in the other, the complainant’s family, which fled from a mob, found that Rs 14-15 lakh had been looted.

In the first case, prison authorities failed to produce three inmates despite repeated calls, following which the court asked DCP (Prisons) to offer an explanation within three days.

Police had filed a supplementary chargesheet on October 26, 2020. But on March 22, 2021, a request for adjournment was made by the State for arguments on charge on the ground that another supplementary report had to be filed along with the CCTV footage and the FSL report. On the last date of hearing, police had sought adjournment on the same ground; and during the hearing on Monday, the same request was made yet again.

The court noted that the reply filed by the SHO Gokulpuri and DCP Northeast “seems to be absolutely evasive as if they are not aware of the status of investigation/further proceedings in the present case as the said replies… are conspicuously silent about the intent of the police to file supplementary chargesheet”.

The court said it deems it appropriate to report the matter to the Commissioner of Police “so as to bring the conduct of SHO Gokulpuri and DCP Northeast to his notice as they are failing in their supervisory duties” and are trying to avoid “taking any responsibility in the matter by not conducting further investigation… despite repeated directions, causing delay in trial despite the fact that all four accused in the present case are in JC (judicial custody) for over a period of almost one year”.

The Police Commissioner has been directed to submit an action taken report within a week.

In the second case, the court granted the police “last and final opportunity” to file a supplementary chargesheet in three weeks, “failing which the court shall proceed further with the matter without giving any further opportunity to the State…”

The court noted that it is “unable to proceed with the case on merits along with other riots cases due to lackadaisical attitude of the investigating agency, including supervising officers up to the rank of DCP and above”.

It also directed that this copy be sent to the Police Commissioner so that he may take “appropriate action as per law so as to ensure proper and expeditious investigation/further investigation in the present case as well as other riots cases within the timeline given by this court”.