Delhi Police today said they have recovered the CCTV footage from Gargi college premises and the process to identify all the accused is on. 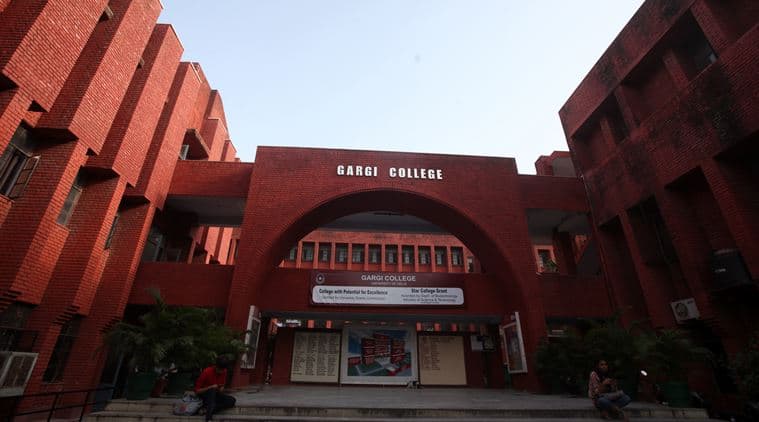 A molestation case has been registered by Delhi Police on Monday based on a complaint received from Gargi College authorities in connection with the ruckus that broke out during the institute’s annual fest.

Students of Delhi University’s Gargi College had alleged that dozens of men broke into their college Thursday evening during their annual fest. The alleged incident took place on the third day of Reverie, the annual festival at the women’s college. A social media post by a student also alleged some students were molested by the intruders.

The police today said they have recovered the CCTV footage from the college premises and the process to identify all the accused is on.

A case under IPC Sections 452 (trespass), 354 (molestation), 509 (word, gesture or act intended to insult the modesty of a woman) and 34 has been registered at Hauz Khas Police Station.

Earlier today, , the Delhi Commission for Women (DCW) issued notices to the college authorities and police accusing them of inaction in the matter. DCW chief Swati Maliwal and a delegation of workers of the National Commission for Women also visited the campus where over 100 students held a protest outside the gate of the college.

“We are investigating the matter and issuing notices to Delhi Police and college administration. Action should be taken against those who did this and those who protected them,” Maliwal was quoted as saying by ANI.

The issue was also raised in Lok Sabha today, with HRD Minister Ramesh Pokhriyal ‘Nishank’ saying outsiders were behind the alleged molestation at Gargi college. “Those who were involved in the incident were outsiders and not students. It was not a good incident. The college administration has been told to take action in the incident,” he said during Question Hour.