The minaret that fell, was 2 x 4 feet and has still not been repaired, the Imam said. 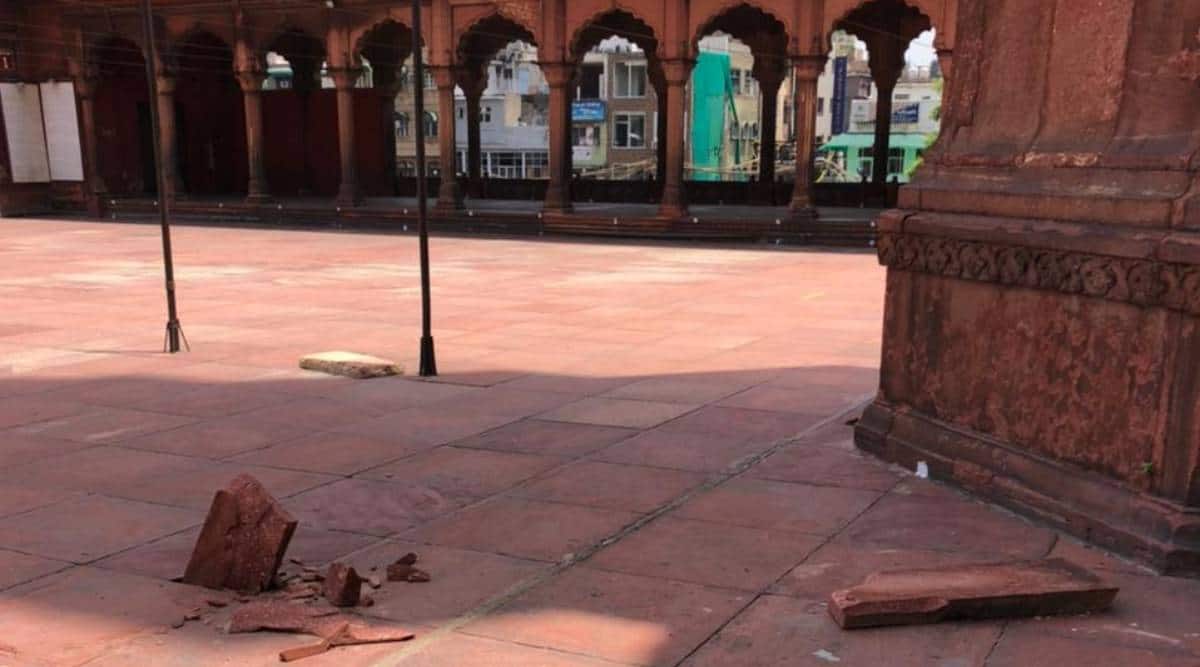 Stormy weather on Friday evening left a trail of destruction inside Jama Masjid, as 4-5 stones fell from the Southern minaret. Nobody was injured but a few of the slabs pierced the stones on the ground.

The red sandstone slabs were approximately 1-2 metres long and had a thickness of 2.5-3 inches. The Imam, Syed Ahmed Bukhari, said, “There were 4-5 such stones that fell from the tower. Over a year ago, when there were tremors, the small minaret near Gate number 3 had fallen.” The minaret that fell, was 2 x 4 feet and has still not been repaired, he said.

The Imam added that he is writing a letter to the Prime Minister asking him to ensure that the Archaeological Survey of India (ASI) comes up with a permanent solution to avoid such incidents. He said, “The mosque is soon going to become 400 years old. Besides fixing the damages, we need a permanent solution. I am writing to the PM regarding restoration of both the minarets.”

He added, “when a few stones fall, support becomes weak. This could lead other stones around it to fall too.”