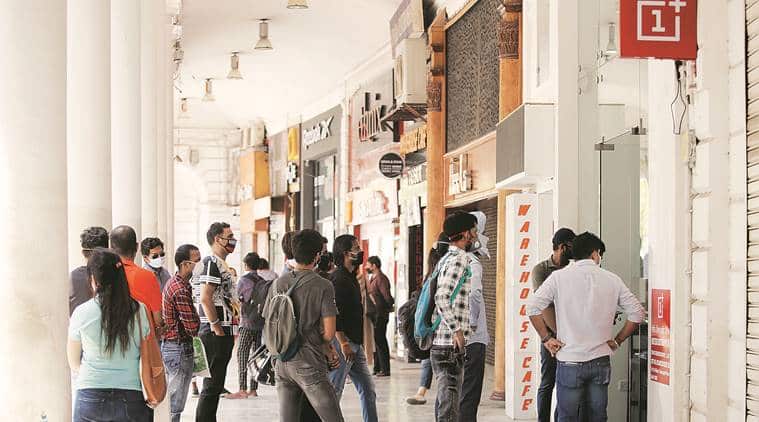 Delhi reported 660 fresh Covid-19 cases in the last 24 hours — the highest single-day spike so far — taking the total count to 12,319 on Friday. The death toll breached the 200 mark, with 14 more deaths updated in the government’s bulletin to reach 204.

Over 500 cases have been reported for the fourth consecutive day. “Chances are high that the numbers are expected to rise in the coming days. Challenges will increase for health services, administration and policy makers… Hospital preparedness has been planned but for us, every single case matters. Society will have to start following social distancing norms,” said Dr S K Sarin, head of the committee set up by CM Arvind Kejriwal to gauge healthcare infrastructure in the city.

Previously, North saw five new localities being sealed (three new blocks of Jahangirpuri, a lane in Azadpur, part of a slum in Badli), and two areas were sealed in South (Dakshinpuri and Zamrudpur).

Among the new areas to have been sealed in Northwest include a village at Naharpur and a block in Mongolpuri.

No new areas, barring one in Northwest district, were sealed between the last leg of April of May 18. While no new areas have been sealed in East district, an apartment complex in Mayur Vihar has been placed under heightened restrictions after a positive case cropped up. West district authorities also said more areas are likely to be sealed soon.

It was after Centre gave full autonomy to states to categorise zones based on severity of outbreak that the Delhi health secretary wrote to the district magistrates red-flagging the rise in number of cases and decrease in sealed areas.

The Health Ministry guidelines state that the objective of cluster containment is to break the cycle of transmission and decrease morbidity and mortality due to Covid-19. “As a working definition, less than 15 cases in an area can be treated as a cluster. There could be single or multiple foci of local transmission,” it says.

Once an area is contained, the administration is expected to mount enhanced surveillance, regulate entry and exit into that area, bar all movement except for medical emergencies and essential goods and services. Authorities are also expected to search for cases through physical house-to-house surveillance, test all cases as per sampling guidelines among other measures.

In fact, in her May 17 letter to the states and UTs, Union Health Secretary Preeti Sudan had written that “for effective control it is advisable to err on the side of caution”, implying that DMs should not wait for a large outbreak to seal an area.

Meanwhile, a total of 5,897 people have recovered in the city. The recovery rate of Delhi is almost at 47%, higher than the national average of 41%. At present, there are 1,835 people admitted in 14 Covid-19 designated hospitals and 9.2% of them are in the ICU. There are 27 people on ventilators. A total of 2,881 people are in home isolation.

The government is working on increasing the number of beds in the city. Delhi Chief Minister Arvind Kejriwal had said the government has readied 2,000 beds with oxygen support for Covid-19 patients and in the next few days, the city will have 4,000 beds to deal with severe patients.