On June 7 SC directed MCF to “remove encroachments on the subject forest land without any exception”, giving the civic body a time of six weeks to complete the task. As a result, more than 5,000 residential structures in the village are now set to be razed 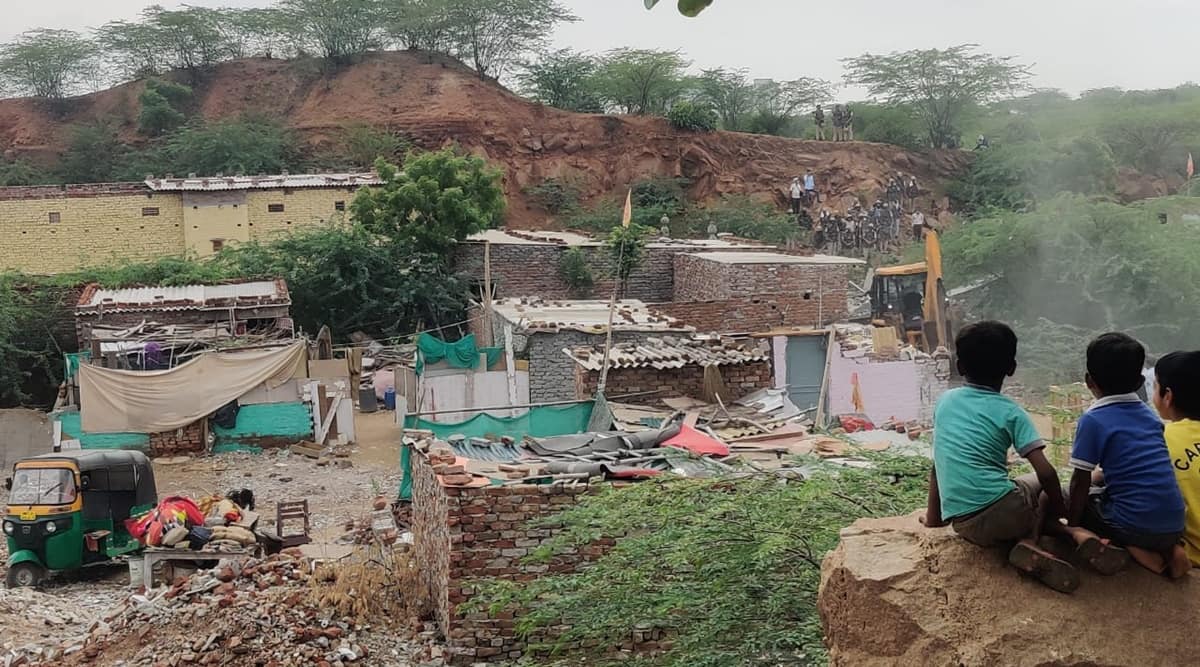 With just days left for the six-week deadline by the Supreme Court to clear encroachments on the subject forest land in Faridabad’s Khori village coming to an end, the Municipal Corporation of Faridabad (MCF) finally started razing the structures from Wednesday.

“We have started demolition works today (Wednesday), our teams, JCBs, and a Poclain are in. We will implement the Supreme Court orders in letter and spirit,” said MCF commissioner Garima Mittal.

Deputy commissioner Yashpal said, “We have started full-scale demolition. All structures will be demolished as per the orders and not just those that have been vacated.” 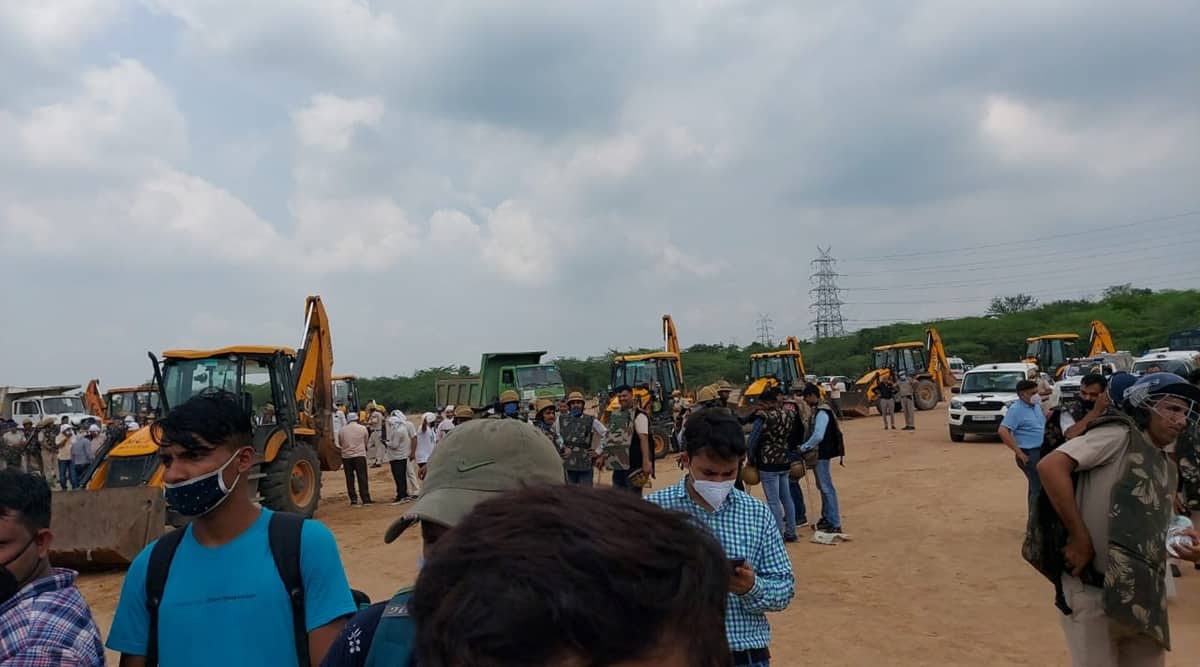 On June 7 SC directed MCF to “remove encroachments on the subject forest land without any exception”, giving the civic body a time of six weeks to complete the task. As a result, more than 5,000 residential structures in the village are now set to be razed.

As the drive began, Khusthali Ram, who hails from Mathura and works as a laborer, sat in the home he had built in Khori village 15 years ago at a cost of Rs 4 lakh. “The last six weeks have been a nightmare for us, we are not even able to digest our food. Sometimes the police force comes and they tell us demolition is starting, then they leave and we think our homes will not be broken. Today, though, they have actually started breaking houses. If they do demolish my house, I have absolutely nowhere to go,” he said.

Although Ram is among the fortunate ones in the village who have documentation that makes them eligible for the rehabilitation scheme announced by the MCF, he says he has not heard anything about it yet. “I do have a pehchan patra from Haryana, but I have not heard about any rehabilitation scheme yet. Nobody from the administration has told us anything,” he said.

Rishipal (48), an auto driver who hails from Hathras and has five children, is among those who do not fit into any of the categories that make people eligible for rehabilitation. Upon hearing of the threat of demolition, Rishipal says he rented a house in Lal Kuan where he has moved his family in the last one month. His house in Khori, he says, has been broken down already, and he has sold the bricks of the structure for a mere sum of “Rs 2000 – 2500”. His wife and he, however, visit Khori on a daily basis to check on the situation there, and in the hope that they will be able to rebuild on their land. The hope, however, was dwindling on Wednesday afternoon as they watched the homes of other residents being razed to the ground.

“I built my home in 2014 at a cost of around Rs 5 lakh after selling land that I owned in my native village. It was only last year that I discovered that my land in Khori actually belonged to the government and I had been duped. How do I support my children through the rest of their lives now? I am already 48 years old, one of my daughters is of marriageable age, where do I get money for anything?” said Rishipal.

“I don’t even have any identification of Haryana, I got my Aadhar card made on a Delhi address so that my children could attend schools in Delhi. We don’t have any documentation that would make us eligible for the rehabilitation scheme the government has announced,” he said.

After the apex court’s directions, conflicts broke out in the village on several occasions with residents protesting against the demolition. Last month, when police stopped residents from holding a mahapanchayat in Ambedkar Park in the village, a clash broke out which allegedly saw stones being pelted at police personnel who in turn used “mild force” to quell the mob and maintain law and order.

Over the last three weeks, several residents started approaching police to register complaints against people who sold them the land on which they built their homes — with many of these transactions taking place more than 15 years ago.

In the last week, the district administration and MCF had started appealing to the people to move out of their homes and demolish the structures themselves, providing them with earthmovers for the task and trucks to clear the debris afterward. Officials said that this would provide residents with a chance to take away the expensive parts of the structure, such as doors, windows, and bricks, which they could then sell for some money. The administration had also been arranging for scrap collectors and people who buy building materials to purchase these items from the residents.

The MCF had, on Tuesday, announced a ‘Policy for Rehabilitation of Khori Jhuggi Dwellers’, according to which they would be moved to EWS flats in Dabua Colony and Bapu Nagar. This, however, would only apply to those residents who had an annual income of upto Rs 3 lakh and fulfilled one of the three conditions – if the name of the head of the family is registered in the voter list of Badhkal assembly constituency as of January 1, 2021; if the head of the family has an identity card issued by Haryana as of January 1, 2021 and if any member of the family has an electricity connection issued by DHBVN.

Those who qualify for the scheme, officials said, will be given flats worth Rs 3,77,300, for which they would have to make a deposit of Rs 17,000 within 15 days of allotment and then pay a monthly installment of Rs 2,500 for five years.